On Wednesday, Kredo reported that former Obama Ambassador to the U.N. Samantha Power "unmasked" — i.e. revealed the names of otherwise anonymous individuals in intelligence transcripts — hundreds of people in the final year of the Obama administration.

Power is not the only Obama administration official to come under scrutiny for unmasking: Obama National Security Adviser Susan Rice reportedly also unmasked a number of affiliates of the Trump campaign.

Hannity asked Kredo about his reporting on Power, and the unfolding unmasking scandal more broadly.

"With Power, I think this is where the issue really becomes a flashpoint, and we begin to understand exactly what these administration officials were up to," Kredo said. "It was odd enough to see Rice making these unmasking requests, not just one or two, but many of them. And now we see that Power as well, from her perch at the United Nations, seems to have made hundreds of these unmasking requests."

Kredo explained that his NSC sources considered it "completely bizarre" for Power to be making these requests.

"So we have to ask the question, what were they looking for here?" Kredo asked. "It looks like they were attempting essentially to find that needle in the haystack, to unmask a large number of people and then claim, oh, well this is what we were looking for all along."

"Where does the unmasking, the deep state, end? Because I don't think any White House can function under these unprecedented circumstances." Hannity asked.

"It really can't. And this is something I've been writing since the first weeks of the Trump administration," Kredo said.

"Look, these guys want the Iran deal to survive. They don't want any concrete action in Afghanistan. They don't want us to confront the Iranians in Syria, Hezbollah in Syria," Kredo said. "It's all part of that bigger foreign policy picture that Obama put into place, let alone Israel, where they were incredibly hostile for eight years."

Later in the show, Hannity asked Kredo about what the Beacon writer had referred to as "purges" of the National Security Council by NSA H.R. McMaster. Kredo answered with a quote that came from someone he described as "an administration insider close to the NSC"

"McMaster basically has this list, and over the next two weeks he's going to phase out more senior officials loyal to Trump. They're taking out people who were chosen to best implement the President's policy that he articulated during the campaign," he read. 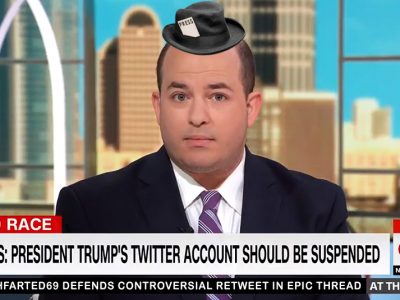