The Trump administration's 2018 defense budget proposal will likely extend sequestration into next year and lawmakers have no strategy to end it despite the severe impact on U.S. military readiness, Sen. Lindsey Graham (R., S.C.) said on Wednesday.

"Right now, in May, there is no plan to fix sequestration," Graham told top military officers at a Senate Appropriations Committee hearing. "There's not a bipartisan effort, there's not a sole party effort, to relieve the suffering that we've created for the men and women who serve from insane budget cuts at a time of great threat."

Graham suggested that bipartisan opposition to Trump's proposal to offset a defense spending increase through steep cuts to the State Department and domestic spending programs makes it unlikely the Senate will lift the sequestration budget caps, which requires 60 votes.

Military leaders have told lawmakers repeatedly that the military's ongoing readiness challenges are a direct result of budget uncertainty caused by five years of sequestration and eight years of stop-gap spending bills.

Gen. Robert Neller, the Marine Corps commandant, said Wednesday that another year of sequestration will force him to prioritize readiness for forward deployed troops while cutting training and maintenance for marines awaiting deployment in the United States.

"I assure you that your forward deployed marine forces well-trained, well-led, and well-equipped, however this has come at a compounded expense and cost to our non-deployed, those getting ready to go next, and those that have just returned," Neller testified. "To continue to meet operational commitments, maintain a ready force, and modernize for the future, we need sustained fiscal stability."

Chief of Naval Operations Adm. John Richardson echoed similar concerns. Richardson told Graham that another year of sequestration will drive the force backward in terms of readiness, forcing the Navy to ground aircraft and dock warships.

The prospect is concerning given the Navy and Marine Corps are already suffering operational challenges.

Prior to the passage of the omnibus spending bill in February, nearly two-thirds of the Navy's strike fighter jets were unable to fly due to maintenance problems exacerbated by several years of defense budget cuts. The Marine Corps' aviation fleet was also at risk last year, with just 28.5 percent of its CH-53E Super Stallion fleet ready for operation.

Graham blamed Congress for the shortfalls.

"We shot down more planes than anybody else because of our budget, because of sequestration and [continuing resolutions]," Graham said.

"What are we going to do about the fact that the law of the land is sequestration, the budget proposed by the president doesn't have a snowball's chance in hell of passing?" he continued "The choice unacceptable to me is for Congress to create this problem year in and year out […] and here we are in FY18." 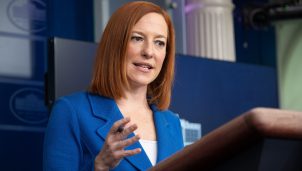