Former Staff Sgt. Clinton Romesha (ROE-muh-shay), 31, will receive the Medal of Honor today for heroic actions during the day-long attack on Combat Outpost Keating in Afghanistan.

More than 300 Taliban attacked Keating early in the morning of Oct. 3, 2009, from all four sides and fromhigher ground. Armed with recoilless rifles, rocket-propelled grenades, mortars, machine guns, and rifles, the Taliban swarmed the site, occupied by only 53 Americans and two Latvians. A score of Afghans stationed there had abandoned the site. Mortars hit Keating every 15 seconds during the first three hours of the attack. Taliban breached the site and destroyed 70 percent of Keating with a fire.

Here are 11 facts about Romesha, including the details of his heroic actions on that day:

1. He took out an enemy machine gun team.

"(The) staff sergeant moved under intense enemy fire to reconnoiter the battlefield and seek reinforcements from the barracks before returning to action with the support of an assistant gunner," according to the Army Times.

According to his citation, Romesha "took out an enemy machine gun team."

2. He was wounded trying to take out a second one.

After taking out the first machine gun team, and while Romesha was working on taking out a second team, "the generator he was using for cover was struck by a rocket-propelled grenade, inflicting him with shrapnel wounds," according to the citation.

"I have been able to walk through airport security without tripping anything," he told the Grand Forks Herald. "What I got injured with wasn’t nothing. I have buddies who lost their eyesight, who lost limbs. For that, I would rather give them all the credit they deserve for the sacrifices they made. For me, it was nothing. I got a little peppered."

3. After he was injured, he led a five-man team and returned to combat.

Romesha exposed himself to enemy fire and began mobilizing a group of soldiers. Here’s how Tapper describes it:

But enough Taliban get inside the camp that the men of Black Knight Troop, 3-61 CAV, begin pulling back and holding on to a few buildings, ceding their own camp to the enemy. Romesha does not accept this.

"We need to retake this f—ing camp and drive the f—ing Taliban out!" he says.

He runs to Red Platoon barracks.

"We’re about to take this bitch back," he announced. "I need a f—ing group of volunteers." He got them: Thomas Rasmussen, Mark Dulaney, Josh Dannelley, Chris Jones, and Matthew Miller. They knew they were going to be utterly and completely outgunned, but they had no other option.

4. He directed air support to destroy a critical enemy point of attack.

As the enemy attacked the COP with even "greater ferocity, unleashing a barrage of rocket-propelled grenades and recoilless rifle rounds," Romesha "identified the point of attack and directed air support to destroy over 30 enemy fighters."

5. He provided cover fire for wounded soldiers and moved 100 yards under fire to retrieve them. 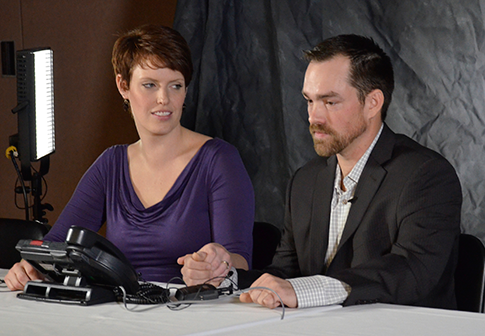 He led an effort to cover wounded soldiers so they could get back to an aid station and led a team 100 yards under "withering fire" to recover the bodies of some of the eight American soldiers killed that day.

6. He kept his sense of humor and calm throughout all of this.

As Tapper describes in The Outpost:

Romesha ran up to the vehicle under enemy fire.

He laughed — he had a pretty dark sense of humor, Romesha. "You okay?"

Koppes looked at him. Bullets were ricocheting off the truck right next to him, but the staff sergeant just stood there looking back at Koppes, smiling the whole time.

"Yeah, I’m good," Koppes finally replied. "I still got this sniper behind me."

At that moment, the sniper shot at Romesha, who then ducked behind the Humvee and began playing peekaboo with the enemy, trying to draw him out so he could see exactly where he was firing from. He decided that the Taliban fighter was midway up on the Northface, so he fired the Dragunov [rifle] at the spot.

Then he turned and airily announced to Koppes, "All right, I’m going to head out."

7. He’s the fourth living soldier to receive the Medal of Honor based on service in Iraq or Afghanistan.

Romesha will become the 11th recipient of the Medal of Honor since the wars in Iraq and Afghanistan began.

8. He’s a husband and a father and comes from a military family.

Romesha and his wife, Tammy, have two daughters aged 11 and four and a son who is 18 months old.

"Every deployment I had I knew was going to be something hard and I knew I had great family support back home," he told the Grand Forks Herald. "And when it came time to get out and make that transition, for me that chapter in my life had closed. And I was able to compartmentalize and understand that this is the future and I have to move on."

9. He now works in North Dakota for an oil company.

Romesha enlisted in 1999 and deployed to Kosovo and twice to Iraq before his deployment to Afghanistan. He left the Army in 2011 as a staff sergeant and now works in North Dakota where he oversees safety and security procedures for KS Industries, an oil company.

Romesha is a member of the Church of Jesus Christ of Latter-Day Saints and his parents hoped he would become a church leader, according to Tapper.

11. He had an impressive mustache when he was in Afghanistan. 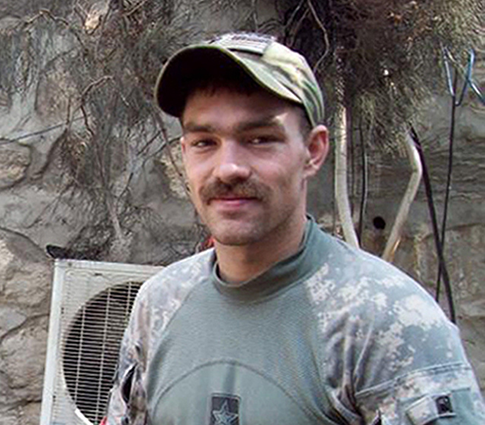