Democrat: No News in Benghazi Hearing

Member of the House Committee on Oversight and Government Reform Rep. Matt Cartwright (D., Pa.) said "there was no news today" in the Benghazi hearings Wednesday on MSNBC:

TAMRON HALL: Joining me now, Pennsylvania Congressman, Matt Cartwright, Democrat and member of the committee that held the hearing today, thank you so much congressman for your time. Republicans have said these witnesses will bring to the table new information that, in a sense, would make the case that they have attempted to make and that this is some type of cover-up. Was that proven today?

MATT CARTWRIGHT: Tamron, it is nice to be on the show. I have to say, I am a proud member of the House Oversight and Government Reform Committee. This has is work that all of us, Democrats and Republicans, take seriously because it has broad, broad jurisdiction. We look into every kind of conceivable misdeed or misstatement made by the government. That's part of our job. and so, I came to this hearing this morning having heard the press accounts, things that were leaked to this news agency, that news agency, listening to those things, I expected a real bombshell to come out today. And I literally sat on the edge of my seat, listening for the bombshells to come out and Tamron, they didn't happen. There was no news today. There was nothing today that we didn't already know about. Now I want to tell you, I honor all of us on the panel, we honor the sacrifices made by these witnesses, their commitment to our country, and the truthfulness of their testimony as well. But really there wasn't anything new that we hadn't already seen before and that hadn't already been rehashed again and again. So there isn't much news today, Tamron.

Hicks' eye-witness account of the events during the Benghazi attack lend support to the contention that political manipulation of CIA talking points may have occurred.

Additionally, Hicks claimed U.S. military assets in the region could have responded to Benghazi as early as 1:45 AM. 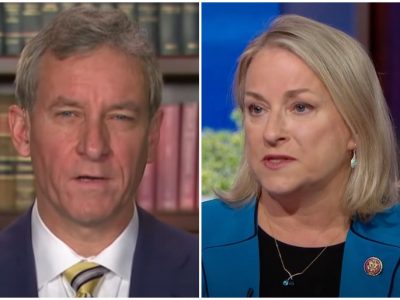