Both the CIA and National Security Agency missed warning signs that renegade contractor Edward Snowden was a disgruntled worker who would eventually steal 1.5 million secret documents, according to a congressional study made public Thursday.

Snowden, who fled to Moscow after publicizing some of the documents through left-wing journalists, also "has had, and continues to have contact with Russian intelligence services" and voiced admiration for China during his brief career at the CIA and then NSA.

A declassified and redacted report by the House Permanent Select Committee on Intelligence concluded that Snowden's actions resulted in the Obama's administration's most damaging intelligence failure.

"The American people can now get a fuller account of Edward Snowden's crimes and the reckless disregard he has shown for U.S. national security, including the safety of American servicemen and women," said Rep. Devin Nunes (R., Calif.), the intelligence committee chairman. "It will take a long time to mitigate the damage he caused, and I look forward to the day when he returns to the United States to face justice."

Rep. Adam Schiff (D., Calif), the committee's ranking member, added that "Snowden and his defenders claim that he is a whistleblower, but he isn't, as the committee's review shows. Most of the material he stole had nothing to do with Americans' privacy, and its compromise has been of great value to America's adversaries and those who mean to do America harm."

The report concluded that intelligence documents disclosed by Snowden "caused massive damage to national security." All examples of the damage, however, were blacked out in the report.

On Twitter, Snowden stated in response to the report: "Was I a pain in the ass to work with? Perhaps; many technologists are. But this report establishes no worse."

"Bottom line: this report's core claims are made without evidence, and are often contrary to both common sense and the public record," he said.

The report is dated Sept. 15 and was originally classified "top secret." Markings indicate the report dealt with signals intelligence—sensitive data collected electronically by NSA around the world.

The findings were based on a two-year committee probe that did not include interviews with Snowden, who is currently facing U.S. espionage charges.

Contrary to some media portrayals, the House report indicates Snowden was a disgruntled employee who argued with his superiors, ultimately fleeing NSA's Kunia facility in Hawaii in May 2013. He then began disclosing documents in what he asserted was a bid to expose improper NSA surveillance.

The committee's findings "demonstrate that the public narrative popularized by Snowden and his allies is rife with falsehoods, exaggerations and crucial omissions, a pattern that began before he stole 1.5 million sensitive documents," the report said.

Snowden compromised secrets that once protected American troops overseas and secrets that were used in countering terrorism along with dealing with threats from states such as China and Russia.

Some of the disclosures "resulted in the loss of intelligence streams that had saved American lives," the report said.

The Pentagon identified 13 high-risk areas of potential damage from future intelligence disclosures, including several that related to defense capabilities. "If the Russian or Chinese governments have access to this information, American troops will be at greater risk in any future conflict," the report said.

Snowden was described as a "serial exaggerator and fabricator" who intentionally lied about his past in order to promote himself to senior positions and gain greater access to secrets.

However, the report includes new disclosures that security officials at both CIA and NSA failed to recognize that Snowden was likely to betray the government's trust and disclose significant U.S. intelligence capabilities that have been lost or restricted as a result.

For example, NSA security officials failed to conduct a routine check of Snowden's educational background. Had they done so, NSA would have learned that Snowden had dropped out of high school in his sophomore year, yet falsely stated on his resume he had graduated from "Maryland High School" in 2001. There is no high school in Maryland with that name.

Snowden also was granted a "top secret" security clearance in 2005 despite an associate warning security investigators he should not be given access to secrets.

Snowden was hired as a computer technician by a CIA contractor and converted to CIA employment in 2006 after obtaining a security clearance. While at CIA, he complained of harassment by a supervisor.

He was posted overseas, but was relieved of his position after altering CIA software improperly and disobeying orders.

Snowden then applied for work at NSA and was hired by an NSA contractor in 2009. However, the report revealed that CIA failed to update a security database with derogatory information about Snowden. As a result, NSA failed to learn of his problems at CIA before hiring him.

The Office of Personnel Management updated Snowden's security clearance in 2011 with an investigation later found to have been incomplete.

"Among other flaws, the investigation never attempted to verify Snowden's CIA employment or speak to his CIA supervisors, nor did it attempt to independently verify Snowden's self-report of a past security violation—areas where further information could have alerted NSA to CIA's concerns," the report said.

Investigators also failed to check job references on Snowden beyond those he offered: his mother and girlfriend.

While working for NSA in Hawaii, Snowden was described by coworkers as "arrogant" and "squirrelly." They said he was chronically late for work, and would claim he overslept as a result of staying up late to play video games.

The report also disclosed the methods used by Snowden to break into NSA's classified computer networks and download large numbers of documents.

The secrets were stolen from NSANet, the agency's internal computer network, and from an intelligence community-wide system called the Joint Warfighter Information Computer System. The 1.5 million documents, if printed out, would form a pile more than 3 miles high.

NSA failed to use monitoring tools that could have detected the illegal document downloading, the report said.

Snowden also used a desktop computer in Hawaii, a loophole that allowed him to avoid security scrutiny while stealing documents.

The document theft began in the summer of 2012 at the same time Snowden sought full-time NSA employment. According to the report, Snowden was able to cheat on a test he was given in pursuit of full-time NSA position by accessing the test answers on an NSA network.

He was offered a post in NSA's hacking intelligence unit, the Tailored Access Operations office. However, Snowden's demand for a higher salary derailed the job offer.

Snowden contacted leftwing journalist Glenn Greenwald and filmmaker Laura Poitras in December 2012 and January 2013, respectively, and provided both with documents.

By late 2013, Snowden went to work for intelligence contractor Booz Allen Hamilton in an NSA office that battled cyber attacks from Russia and China. While working there, Snowden stole additional documents from the NSA National Threat Operation Center—information that would be valuable to governments in Russia and China.

Snowden boarded a flight for Hong Kong on May 19, 2013. The first disclosures from Greenwald were published on June 5, 2013.

The report said Snowden did not use legal whistleblower protections to raise his objections to NSA surveillance.

In a heavily redacted section on foreign influence, the report quoted a Russian official as saying Snowden shared intelligence with the Russian government.

Intelligence agencies conducted limited damage assessments of the Snowden case, and have not investigated his motive or whether he worked as an agent of a foreign intelligence service.

The disclosures of NSA documents to date represent what the report called the "tip of the iceberg" of more damaging disclosures, the report said.

The cost of mitigating the damage could reach $1 billion.

Security reforms also have not been fully implemented by NSA and other agencies to prevent future insiders from compromising secrets.

"The committee remains concerned that NSA, like the [intelligence community] as a whole, have not done enough to reduce the chances of future insider threats like Snowden," the report concludes. 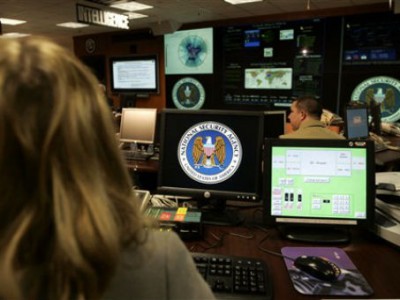 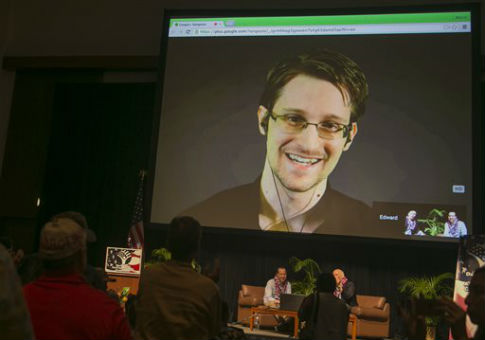 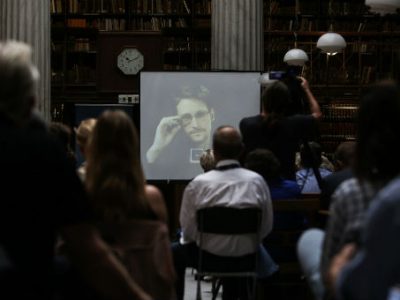