Architect of CIA Enhanced Interrogation: ‘We Interrogate Terrorists Like That to Stop Attacks’

Following the Sept. 11, 2001 terrorist attacks, psychologist and U.S. Air Force veteran Dr. James Mitchell was called back to national service. Along with a partner, Bruce Jessen, he was tasked with developing the CIA's enhanced interrogation techniques, or EITs. Designed to elicit time-sensitive intelligence from hardened al Qaeda leaders, the EITs later became immersed in controversy. In 2014, Senate Democrats released a report accusing Mitchell of torturing suspects with EITs and producing no results.

In his new book, Enhanced Interrogation, Mitchell offers his own testimony on the EITs. He argues that the techniques were critical in saving the lives of Americans and others. The Washington Free Beacon interviewed Mitchell on Thursday to discuss his new book.

Washington Free Beacon: What motivated you to write Enhanced Interrogation?

James Mitchell: Senator Dianne Feinstein put out that one-sided [Senate Select Committee on Intelligence] SSCI report on the CIA Enhanced Interrogation Techniques, and the press ignored the SSCI report from the Republican minority, which pushed back against it. And the CIA pushed back. In addition, reporters, when they contacted me, said that Feinstein's staffers had told them on deep background who Bruce and I were. We had these pseudonyms in the book. So Feinstein just outed us. And then after that, there has been all kinds of misinformation about the program. So I wrote the book because I really believed Americans needed to know what was done in their name to keep them safe after 9/11.

WFB: Why do you think there was such a profound bias against you and your CIA colleagues?

WFB: What is your personal response to the treatment you received in the Senate report?

Mitchell: Feinstein maims us in every place she thinks she can smear us. And in those places where we could potentially be seen as doing the right thing, [she doesn't give us recognition]. For example, [SSCI Democrats] say that Bruce wrote a cable in which he recommended EITs [on a prisoner at a black site]. But what Bruce actually said–and this is a verbatim quote–is that "EITs are not the first, nor best option for getting information" from [that suspect] because he's too tough. What [Bruce] did recommend is heaters, food, blankets, get rid of the indigenous guards–get an American down there at night–and if you're going to get interrogators down there, get people who are trained.

WFB: To what degree do you believe Islamist extremist thinkers such as Sayyid Qutb and Ibn Taymiyyah influence terrorist leaders like KSM more than the unique personality of each terrorist leader?

Mitchell: They absolutely believe, the way I can't believe I can breathe underwater, that there is a paradise. They absolutely believe that Allah has given them a mandate to purify the Earth, to get rid of all the infidels. To bring peace by subjugating, converting, slaughtering, or enslaving everyone. It took me a year to get my head around it. I've dealt with some people who have strong beliefs, but I've never dealt with people whose beliefs almost bordered on magic to me. What I think happened in the case of people like KSM is that their personalities and who they are influence how those beliefs are expressed. But beliefs drive behavior and it gets colored by the personality, but ultimately, they are Islamists. They are trying to impose sharia law on the world. And their beliefs about their mandate and need to purify, rather than being a relatively new phenomenon, they're trying to breathe new life into these traditions from 1,400 years ago. 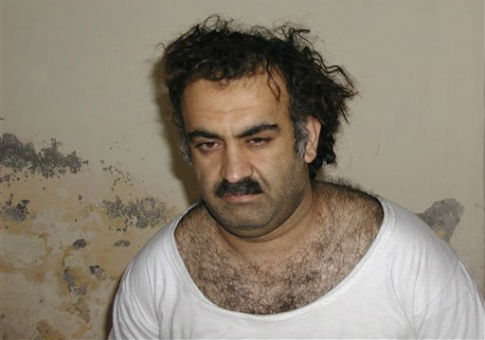 Khalid Sheikh Mohammed is seen shortly after his capture / AP

WFB: If you were president of the United States, what would your high-value detention program look like?

Mitchell: What the president has to ask himself is: What's he going to do when he has reliable intelligence that there's going to be another catastrophic attack–possibly involving nuclear weapons, like we had right after 9/11–to get the person who has the information to tell us that information? And that person is good at withholding information and they don't want to give it up. I know, because we tried it with all of them, to get them to speak before they were ever given enhanced-interrogation. KSM is an excellent example of it. Before he was transferred to a black site, he had several days in which he was given tea and polite conversation. During that time he prayed and chanted. One of the interrogators during that period wore Pakistani dress [to try and earn KSM's respect]. KSM later told me he thought those guys were clowns.

WFB: Some of your critics say that al Qaeda's London plots against Canary Wharf/Heathrow were exaggerated. What's your response?

Mitchell: Here's why they say that. They say that if [the terrorists] are not inside the door with their backpacks on, it's not an operational threat. But you know, the thing that saved most of the world from another catastrophic attack is that President Bush didn't treat [9/11] like a law-enforcement issue. But when we did respond with military force, it threw them off balance. And on the London plots, Ramzi bin al-Shibh was behind that and he was working on it right when we picked him up. [Underplaying that threat] is a little bit like someone saying the guy down the street wants to kill you but he hasn't loaded his weapon just yet, he's not driving to your house yet. So when you stop him getting into his car, he wasn't really coming to kill you. It's a silly idea.

WFB: To what degree do you believe the Obama administration has taken too far of a step back from detaining and interrogating those who might be able to help us prevent Islamic State attacks?

Mitchell: I believe that we need a detention and interrogation program that focuses on actionable intelligence. That we don't have that, I think, puts us at grave risk. I think that President Obama has stepped all the way back. But what I would do is quote KSM. When KSM was telling me that he expected George W. Bush to do exactly what Ronald Reagan had done and exactly what Clinton had done, to me that conveys that these guys look at how people have handled these situations in the past. And I think all you have to do is look at how the Obama administration has handled this problem.

We're seeing more of these kinds of attacks because, quite frankly, the Obama administration is trying to manage it like a problem [as if the terrorists] can exist in our midst. The president treats it like a law enforcement problem, as opposed to how Bush did it–it's a declaration of war. KSM expected that the [post-9/11 response] would be a law enforcement investigation and that the [Department of Justice] would try and extradite them from the Taliban. He expected that this would give them time to get other large-scale attacks off.

If U.S. policy continues to be what it is–if we don't even call the problem, the problem–I think the [terrorists] would be emboldened by it. Here's the problem that people in America don't understand. [Terrorists] really do believe that our civil liberties, our willingness to be open to people, our tolerance, our multicultural diversity, they believe those are all weapons that Allah has provided them. [They believe] these things are flaws in us.

WFB: How do you feel about President Obama's intention to close down the terrorist detention facilities at Guantanamo Bay?

Mitchell: I have mixed feelings about it. I have seen a Federal supermax prison. The [terrorists'] lives will be much, much worse in a Federal supermax prison. But I don't want them on U.S. soil. So until there's a federal prison that can isolate them from outside contact, I don't think they should be on U.S. soil. KSM said that our desire to have the world be like us is a great flaw. He said that we lack the stomach to do what must be done to defeat them. Or even to protect ourselves.

This idea that the jihadis are going to quit trying to destroy America or kill Americans because Gitmo closes: in my mind, that's insane. That's just a narcissistic thing that somebody wants to do for their own legacy. Not because it's going to make Americans any safer. I can't imagine a situation in which some guy who has been crucifying children, or setting people on fire in cages, or decapitating people, and cutting the throats of Yezidi sex slaves so they can bleed out in a great big bowl, and believes that's an act of worship, I can't believe they are suddenly going to look and say, "Oh, they're going to close Gitmo. I'm done with this." That's not going to happen.

I asked KSM about this. What he told me was that if it wasn't Gitmo it would be something else: "We need something to stir things up." The [terrorists] are going to find something because they need a place holder. Gitmo is what we're fixated on; it's not what they're fixated on. The way you fight these hardcore guys is to make their mission look less sexy. They fear strength. They regard our efforts to look conciliatory as a weakness, as a gift to them from God. 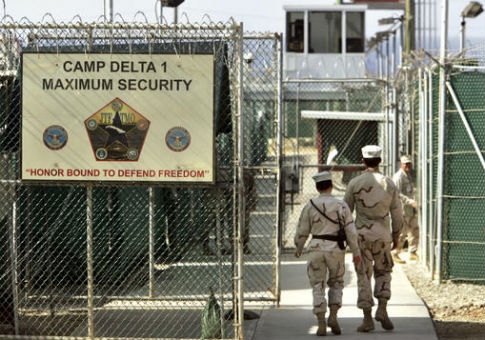 WFB: Knowing all you know now, and having experienced all you have experienced, would you do it again?

Mitchell: [The CIA] presented all this information to me [when they asked for my help]. But really I thought I shouldn't do this, this is going to ruin my life. And then I thought to myself, nothing in my ethics or my moral code said to me, I should put the temporary discomfort of a terrorist before saving hundreds of lives. I mean, I couldn't live with myself. For some people that's a hypothetical question that they can answer by taking the moral high ground. But for me it was a real question, I mean [CIA] really was asking me this. So I would make sure that what I did was legal. But if there was another situation where there was a catastrophic attack and there was credible intelligence that it was imminent, I would get out of the chair today and go do it.

WFB: Is there anything else that you want to add?

Mitchell: I would ask people to get familiar with what [ISIS/al Qaeda] ideology involves. We do not understand the depth of their commitment. The only way they can avoid the torment of the grave is to get up every day and try to figure out how they can convert, kill, enslave, or humiliate everyone else on the planet.

They want to purify the planet.

New Iran Nuclear Deal Could Allow Iranian Terrorists Into US