Tom Rogan, based in Washington, D.C., writes for National Review and the Daily Telegraph. He is a panelist on The McLaughlin Group and holds the Tony Blankley chair at the Steamboat Institute. He tweets @TomRtweets. 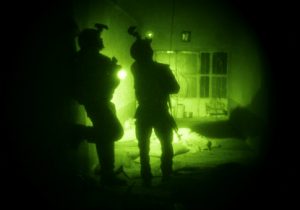 Lt. Col. (Retired) Jim Reese is a 25-year veteran of the U.S. Army. Reese served with the Army's most elite special operations force, Delta Force, as a troop commander, squadron operations officer, and as ''the Unit's'' operations officer. Reese later served as a task force operations officer, chief of staff, and commander within the deployed combat elements of Joint Special Operations Command. Today, Reese is founder and chairman of TigerSwan, a private company focused on global stability operations. 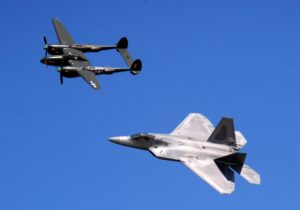 In 1937, the Army Air Corps "called for a twin-engine interceptor to pursue and destroy enemy aircraft at high altitude. It also called for a maximum level-altitude flight speed of at least 360 miles per hour and the ability to reach an altitude of 20,000 feet within six minutes. These were unheard-of performance goals at that time in aviation history, and they required the design of an advanced fighter in the truest sense of that phrase." 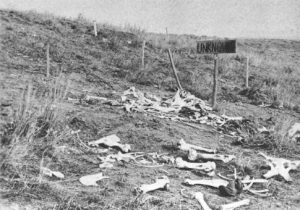 At 467 pages of small-font writing, The Earth is Weeping is no quick read. Nor should it be. The author, historian and recently retired U.S. diplomat Peter Cozzens, has much ground to cover charting the decline of Native American tribes in the aftermath of the U.S. Civil War. Cover it he does, in great detail. 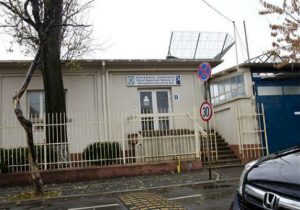 Following the Sept. 11, 2001 terrorist attacks, psychologist and U.S. Air Force veteran Dr. James Mitchell was called back to national service. Along with a partner, Bruce Jessen, he was tasked with developing the CIA's enhanced interrogation techniques, or EITs. Designed to elicit time-sensitive intelligence from hardened al Qaeda leaders, the EITs later became immersed in controversy. In 2014, Senate Democrats released a report accusing Mitchell of torturing suspects with EITs and producing no results. 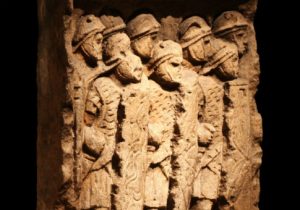 In Pax Romana, Adrian Goldsworthy takes us inside the Roman Republic and the Roman Empire to show us how Rome seized territory, held territory, and then kept the peace within its vast borders. Goldsworthy begins with the Roman army under the republic. From the start, a strong sense of civic purpose gave soldiers the ideological grounding for hard, expansionist battles. Rome's drive was not unusual, but its martial dominance surely was. "There is no doubt that the Republic was an aggressive imperial power, but as soon as we look more closely at contemporary states it becomes obvious that this was equally true of almost every other kingdom, state or people." Throughout Roman history, peace rested more on Rome's potential for massive retribution and its empowerment of regional allies than in vast garrisons stationed in the far reaches of its territory. "Fear, and a sense that Roman rule was usually tolerable even if it was more or less oppressive, may well have convinced most provincials against rebellion." 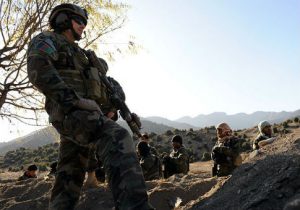 Twilight Warriors explains how the U.S. national security apparatus has adapted to fight post-9/11 terrorism. The book begins in 2002 with an examination of interrogation strategies employed against al Qaeda officers captured in Afghanistan. There were two conflicting approaches. The author, journalist James Kitfield, asserts that, while FBI teams built relationships with their detainees and then carefully broke down their resistance to interrogation to gather valuable intelligence, the CIA took a more aggressive and, he argues, unproductive approach. 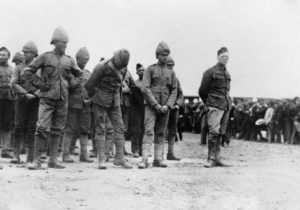 Hero of the Empire tells the story of Winston Churchill during the Second Boer War in South Africa. We begin with the author’s introduction to Churchill’s service as a British army officer fighting tribal warriors in the North-West Frontier of British India. Churchill, then in his early 20’s, was determined to earn a reputation for heroism and acted courageously in that pursuit. He was nearly killed on a number of occasions, but felt that fate was on his side. “I do not believe the Gods would create so potent a being as myself for so prosaic an ending,” he wrote after one hairy battle. Churchill would eventually be vindicated in that belief, but his exploits in British India were insufficient to vaunt him to public attention. He needed to find another fray to fight in. After being defeated in an 1899 British parliamentary election, Churchill decided on a different route to purpose and power. When the Second Boer War began in October 1899, Churchill sensed it was his moment to strike. 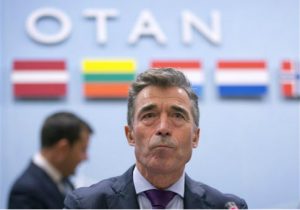 It’s in America’a self-interest to be the global leader. I would suggest three things. First, if you do not attack the enemy on their soil, they will attack you on your soil. You saw that on Sept. 11, 2001. Go overseas and fight the enemy. Secondly, I would say that prevention is less expensive than a cure. So it’s very important for the U.S. to address conflicts while they are still small and manageable. The U.S. should not do what it did in the 1920s and 1930s and let world problems grow to a point that resolving those problems costs a huge amount of blood and treasure. Third, it is in the U.S. interest to preserve the world order that the U.S. itself created after the Second World War. 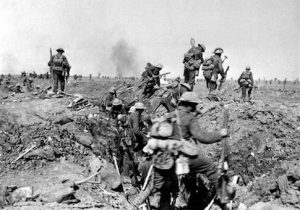 Hugh Sebag-Montefiore’s First World War history, Somme: Into the Breach is at once easy and hard to read. Easy, thanks to Montefiore’s deep knowledge and exceptional writing. Hard, because it records what happened between July 1 and November 18 1916 in northern France. As the battle began, British Army commanders were optimistic. Having successfully detonated explosives in tunnels beneath German strongpoints, commanders believed they had seized the early imitative. (Consider the vast explosion caught on film at a German position at the Hawthorn Ridge Redoubt.) But success was momentary. Confusion between British Army headquarters and front line battalions meant that confusion reigned on the first day. 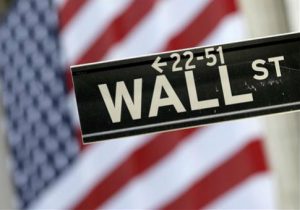 William Goetzmann’s Money Changes Everything is a thorough look at finance and world history, a 5,000-year journey that demonstrates the pivotal role of free market capitalism in building nations and serving human interests.
Previous Articles »