Nearly 300 members and associates of the infamous transnational drug gang MS-13 have been arrested in an interdepartmental collaboration called Operation: Raging Bull, leadership of the Immigration and Customs Enforcement (ICE) Agency announced Thursday.

Led by ICE Homeland Security Investigations' (HSI) National Gang Unit, the operation was a multi-phase, multi-month project of numerous federal law enforcement agencies, including ICE, U.S. Customs and Immigration Service, the U.S. Border Patrol, and the Department of Justice. The operation led to a total of 267 arrests of MS-13 members and associates.

In September, ICE announced initial arrests of 53 MS-13 gang members in El Salvador, the product of 18 months of investigation. On Thursday, the results of an additional month of investigation were further revealed.

Over that second phase, between October and November of 2017, 214 members of MS-13 were arrested. 93 of those were arrested on federal or state criminal charges, while the other 121 face immigration violation charges.

Among those arrested, 16 were citizens, while the other 198 were foreign nationals. Only five of the foreign nationals had legal status. Sixty-four of those crossed the border illegally as unaccompanied alien children, noted Derek Brenner, the acting executive associate director of HSI. HSI has arrested some 7,000 MS-13 members since 2005.

Among those arrested were several notable cases: in Baltimore, four men were arrested on charges of violent crimes in aid of racketeering and conspiracy to commit murder in aid of racketeering; in Denver, a man was arrested with three machetes in his car; and in Los Angeles, the arrest of a Salvadoran national wanted for involvement with the murder of a Salvadoran police officer.

"With more than 10,000 members across 40 states, MS-13 is one of the most dangerous criminal organizations in the United States today," said Attorney General Jeff Sessions. "These 267 arrests are the next step toward making this country safer by taking MS-13 off of our streets for good."

There are about 30,000 MS-13 members worldwide, including 10,000 in the United States, according to information provided by the Justice Department. The gang has a "large presence" in New York, Virginia, and Washington, D.C., and a reach affecting 46 states.

What has attracted law enforcement's attention to MS-13 is not merely its size, but its infamous brutality. Known for its motto "kill, rape, control," Members are known for their violent, retributive murders, which have included beheadings and the stabbing death of a 15-year-old girl.

"In their relentless effort to expand gang membership and gang traction without our communities, they aggressively target our children in our schools. The violence they perpetrate is shocking, and shows no remorse, or even a basic respect for human life," said acting ICE Director Tom Homan.

Raging Bull is only the latest bust of MS-13 members. In October, the Justice Department announced the arrest of 3,800 members in a gang bust coordinated between the United States and law enforcement in El Salvador, Guatemala, and Honduras. 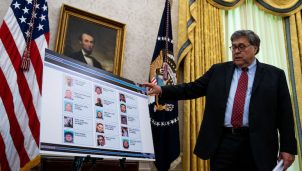 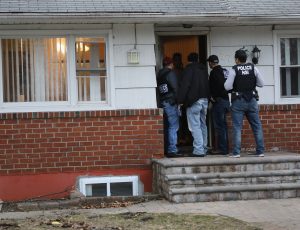 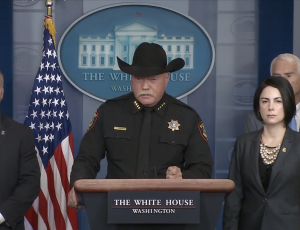 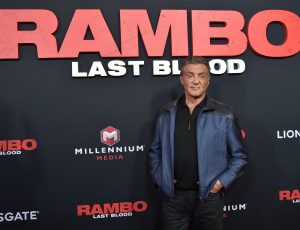 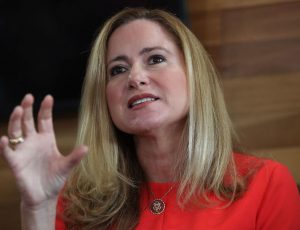