McKinsey, which underwrote the event, accused this month of tax evasion

ProPublica, the left-wing journalism nonprofit bankrolled by billionaires, appears to have violated its ethics policy when it hosted an event last week sponsored by the white-shoe consulting firm McKinsey & Company.

ProPublica says it does not "accept sponsorship of news applications, series, or other targeted sections of our website from any participant in the industry or sector covered within that section of the site." Yet the April 12 event—"The Billionaire Playbook," an evening chat with reporters about how the world's richest people ostensibly evade taxes—was sponsored by McKinsey, a firm that provides many of these people with corporate consulting and has been the subject of many ProPublica reports.

ProPublica, which touts itself as "an independent, nonprofit newsroom that produces investigative journalism with moral force," did not respond to detailed questions about the event. "Our event sponsors, including McKinsey, do not have any say over the topics, content, panelists, or other aspects of our event," said ProPublica public relations director Alexis Stephens ("she/her").

Corporate partnerships like the one on offer at ProPublica have proliferated over the past decade as news outlets that claim to hold powerful people to account seek new revenue streams from influential people and corporations. The ProPublica partnership with McKinsey demonstrates that the opportunities are tempting on both sides, even if they are at odds with the stated missions of news outlets and sit uncomfortably beside much of the outlets' reporting. ProPublica joins news outlets like Axios, Politico, and others in embracing news "events" for companies to underwrite.

"The Billionaire Playbook" focused on potential policies, such as a wealth tax, to minimize alleged tax dodging by U.S. billionaires. The participants criticized how wealthy CEOs avoid paying income taxes because their compensation is often in the form of stock options, a practice championed in the 20th century by McKinsey consultants.

With over $51,000,000 in total assets under its control as of 2019, ProPublica is a beneficiary of the charitable deductions that many billionaires use to pay a lower effective tax rate. The question of whether such deductions should be eliminated came up at the event.

"For instance, [billionaires] even give [money] to ProPublica, which we are grateful for," Senior Editor Jesse Eisinger said. "So we want a carveout if we eliminate those benefits."

McKinsey, which has been accused of tax fraud, consults for some of the world's most demonized corporations. It has come under scrutiny for the counsel it provided to Purdue Pharma, owned by the wealthy Sackler family. Purdue Pharma is responsible for the manufacturing of OxyContin, the popular painkiller that many governments and public health professionals blame for significantly contributing to the opioid epidemic.

ProPublica helped break the story on how Purdue hired McKinsey to boost the sales of OxyContin and help the firm avoid scrutiny from the Food and Drug Administration. Such an arrangement proved lucrative for the Sackler family, who have an estimated net worth in the billions.

New York Times editorial writer Binyamin Appelbaum, a cohost of the event, during the 2020 campaign grilled then-candidate Pete Buttigieg for his work at McKinsey. "You worked for a company that was fixing bread prices," Appelbaum told Buttigieg, referring to the firm's work with a Canadian grocer accused of colluding with bread packagers to raise consumer prices.

A spokesman for the Times told the Washington Free Beacon that Appelbaum did not receive any compensation for his role in the ProPublica event.

The Times this month published an investigation into a trove of internal McKinsey documents that detail how the firm helped restructure Purdue's business by using its connections within the FDA. McKinsey in November 2021 paid a nearly $600 million settlement with 49 states for its role in the opioid crisis.

The Free Beacon reported last year on how ProPublica declined to release detailed tax information on some of its largest donors, such as Laurene Powell Jobs, Pierre Omidyar, and David Filo—billionaires whom the outlet regularly slams for dodging taxes.

The Internal Revenue Service in June 2021 announced an investigation into how ProPublica obtained the tax records. The agency has yet to provide an update on the investigation and did not respond to a Free Beacon request for comment.

Published under: ProPublica, Tax the Rich 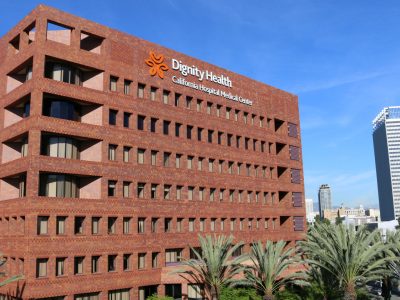 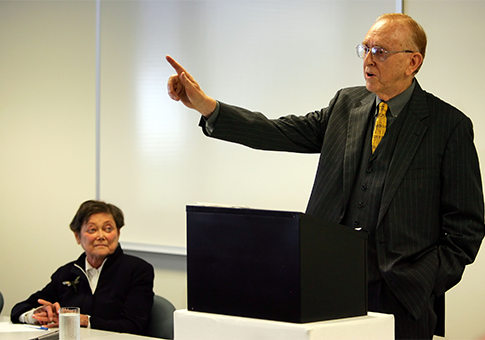 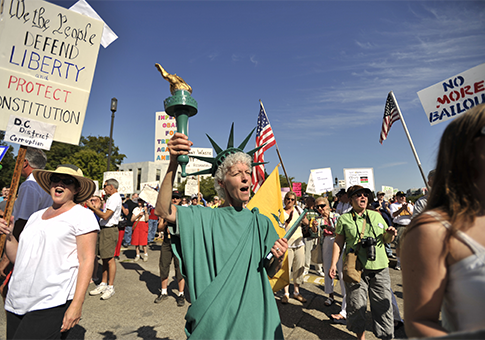