Nobody Wants a Piece of CNN History

CNN offers NFTs of opening moments of its streaming service. They're not flying off the shelf.

An attempt by CNN to promote its new streaming service by selling NFTs of the opening moments of its programming has backfired, with a large majority of the product still available more than 24 hours after the initial broadcast.

The video NFT, or non-fungible token, features host Kate Bolduan welcoming viewers to the "first live broadcast" on CNN+, and is being sold for $50 on CNN's NFT marketplace. The news network appears, however, to have overestimated the demand for the piece of digital history—of the 250 NFTs made available, only about 80 were purchased.

The head of CNN+ told the Hollywood Reporter, which decided to write an actual news story announcing the NFT offer, that he expected interest from "digital collectors."

"CNN+’s debut is a historic moment for CNN," said CNN+'s Andrew Morse in a statement. "We’re excited to raise the curtain on this new platform and making CNN+’s first live moments available as an NFT is the perfect way to celebrate our launch with digital collectors."

The trendy pieces of digital property have taken off in recent years, with demand for even mundane offerings such as a picture of a New York Times column about NFTs going for over half-a-million dollars. Anticipated releases of NFTs typically sell out extremely quickly and for large sums of money. In 2021, an NFT collection sold by Brazilian artist Monica Rizzoli sold out in one hour for roughly $5.55 million.

The failure of the CNN+ NFT is the latest piece of bad news surrounding its launch. Fox News reporter Charlie Gasparino said just a day after the product launched that employees were already bracing for layoffs due to lackluster sales projections. The report was bolstered by CNN's decision to slash prices for the service, offering users 50 percent off for life if they agree to shell out over $2.99 a month.

"CNN+ already showing no confidence in their product," wrote reporter Saagar Enjeti. "Throwing away [subscriptions] at discount rates to fake their initial sign up numbers."

The network has made a large investment in the streaming service, poaching reporter Chris Wallace from Fox News specifically for a show on CNN+. Other daily programming will come from Kasie Hunt, who previously worked for MSNBC, as well as longtime CNN hosts Wolf Blitzer and Brian Stelter. It is unclear whether any NFTs featuring Stelter will be offered. 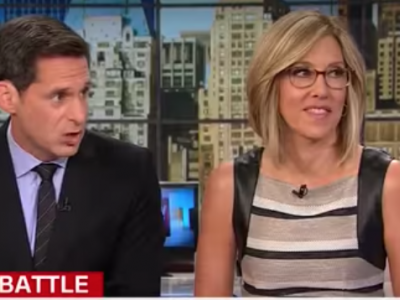