Hulu, the streaming platform behind the 2020 documentary Hillary, has rejected another project based on the life of the failed presidential candidate.

The network has officially passed on Rodham, a project based on Curtis Sittenfeld's bestselling novel by the same name, which envisioned an alternative universe in which Hillary Rodham met and dated Bill Clinton at Yale Law School but never married the prolific philanderer.

Actors Claire Danes, 43, and Dakota Fanning, 28, have already signed on to play Hillary at various stages of her life. The project, which will be written and produced by former House of Cards writer-producer Sarah Treem, is currently being shopped to other streaming platforms.

Published in May 2020, Rodham provides an alternative history of Hillary's life in which Bill persuades her not to marry him because he knows he could never be faithful. She goes on to become a successful law professor at Northwestern University and eventually a U.S. senator from Illinois.

The book culminates with Hillary making history as the first woman elected president of the United States in 2016 by defeating Republican Jeb Bush in the general election—with Terry McAuliffe as her running mate.

In this universe, Hillary recently attended the Met Gala, where she was photographed smiling on the red carpet as a black man in a protective face mask tended to her fancy ball gown. 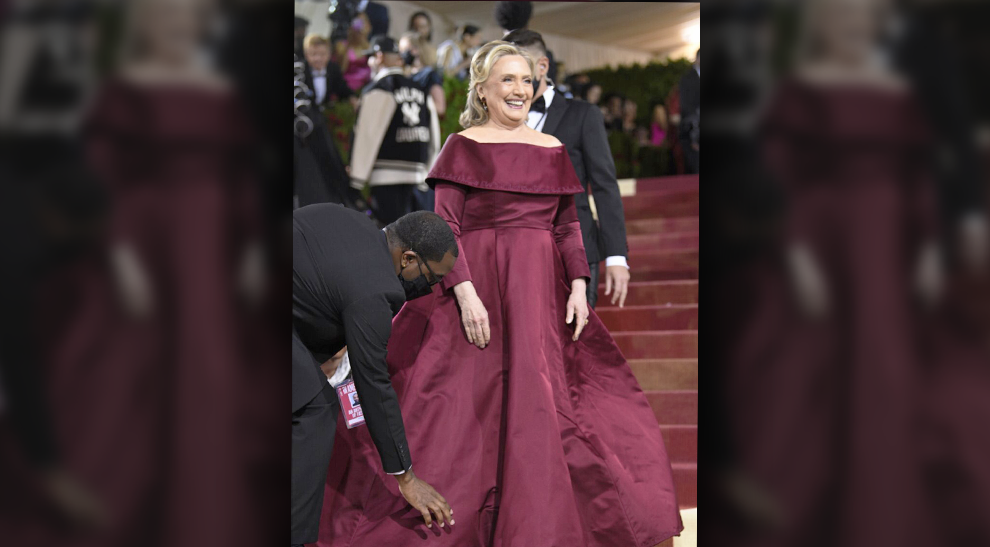