"President Xi [Jinping] leads the battle against COVID-19 outbreak toward victory," an advertorial published in the March 21 edition of the Economist reads. "China has rolled out 'probably the most ambitious, agile, and aggressive disease containment effort in history.'" 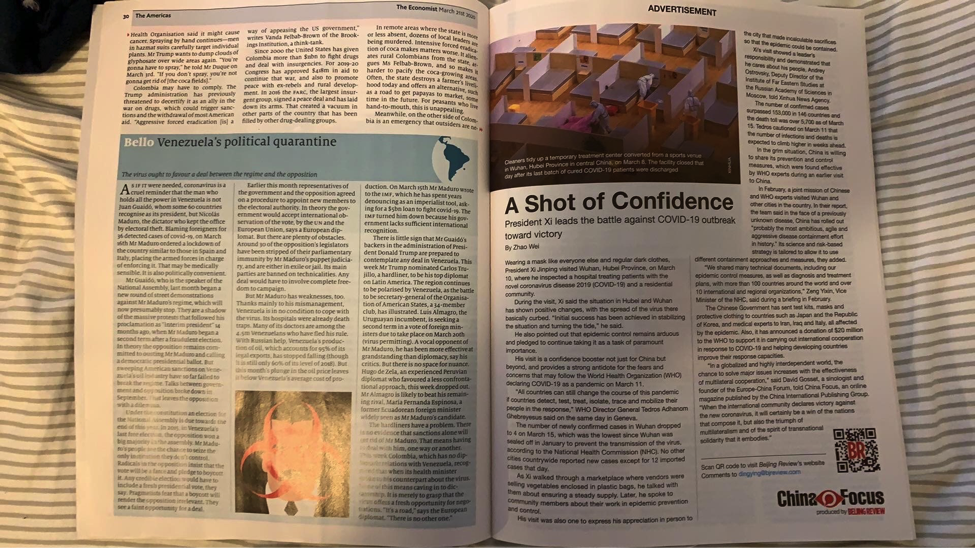 Beijing Review is an English-language weekly magazine published by the China International Publishing Group, China's largest foreign publishing company that is controlled by the Chinese Communist Party. The magazine, which claims to have a circulation of more than 70,000 per issue, has published advertorials in the Economist since at least 2018, according to the Economist's own reporting.