Facebook banned a conservative publishing company from advertising children's books on the site, claiming its ads were "disruptive content."

Heroes of Liberty founder Bethany Mandel said Monday that Facebook permanently blocked the company from advertising on the platform, and locked her out of the company's page when she appealed the decision. Mandel says Facebook's actions cost the company six months of advertising data. Facebook did not respond to a request for comment but told Heroes of Liberty it was being punished for "consistently promoting ads that don't comply" with Facebook's standards. 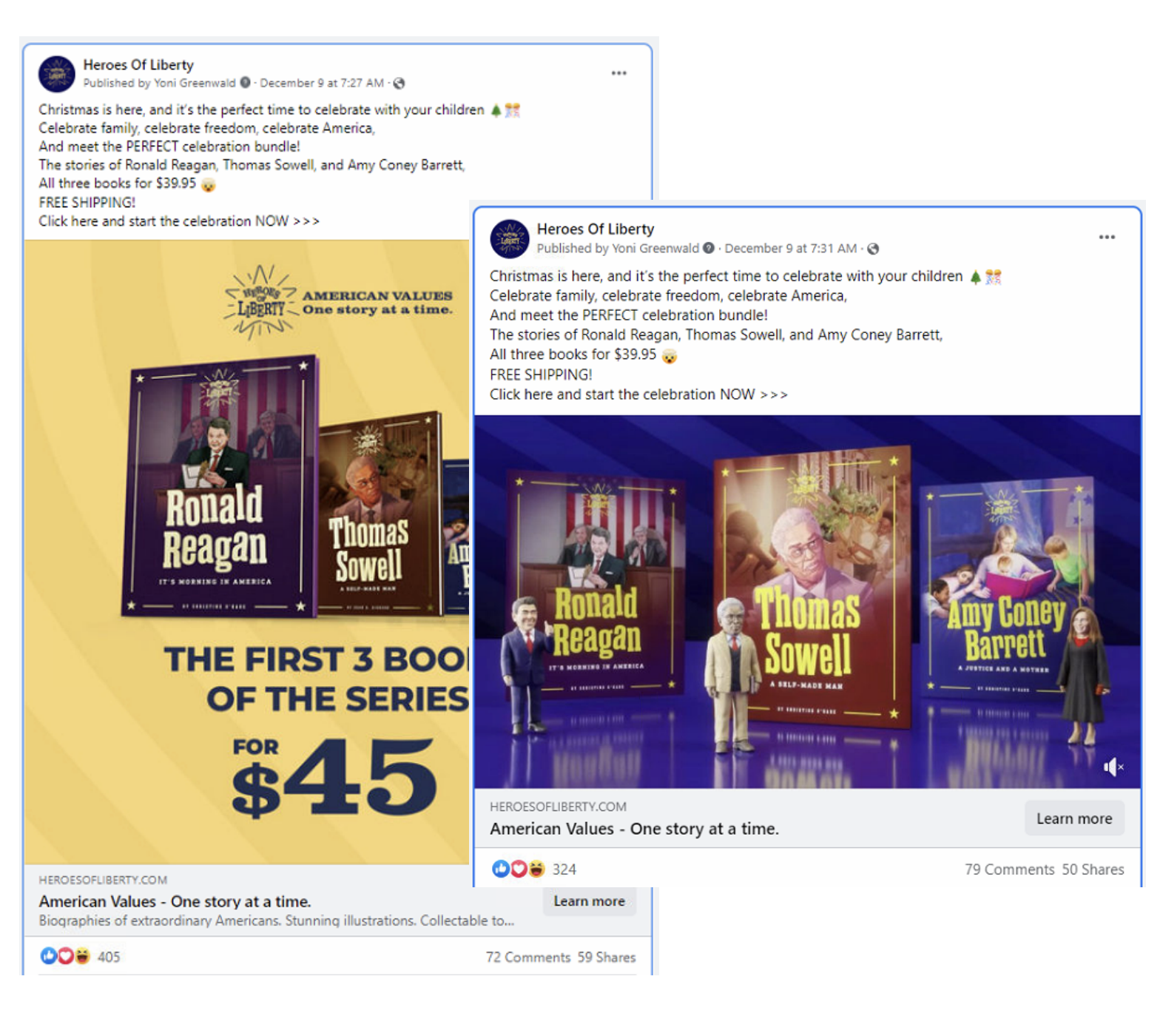 Heroes of Liberty publishes "quality illustrated biographies of great Americans," including President Ronald Reagan and Supreme Court justice Amy Coney Barrett. Mandel said the company spent most of its marketing budget on Facebook ads. The company will now pivot to a subscription model. Mandel hopes the switch will stop tech companies from interfering with the company, though she acknowledges it is "not what we normally do in America for books."

Facebook is one of the biggest players in online advertising. The company earned more than $84 billion in advertising revenue in 2020, over a quarter of all U.S. ad revenue. The social media giant regularly shuts down right-leaning advertisers and individual users.

While Facebook regularly bans right-wing content, it also maintains a "whitelist" of nearly six million prominent users who are exempt from the platform's rules.

At press time, Facebook allowed ads for a children's book titled Who Was Fidel Castro?, which describes the Communist leader as "a boy who loved sports" and "a lawyer for the poor."