Facebook said the post violated its advertising policy, which prohibits ads that link to "low-quality" websites, which it describes as having many ads, aggressive popups, or "unexpected experiences." The Fox article contains few ads and does not appear to meet any of the "low-quality" standards Facebook describes.

Dr. Rich McCormick, a Marine veteran and Georgia congressional candidate, shared the ad, which criticized Biden for doing "a huge disservice" to the U.S. military and Afghan allies. The ad linked to a Fox News Pentagon correspondent's recent piece on the Taliban insurgency, to which the Associated Press contributed. 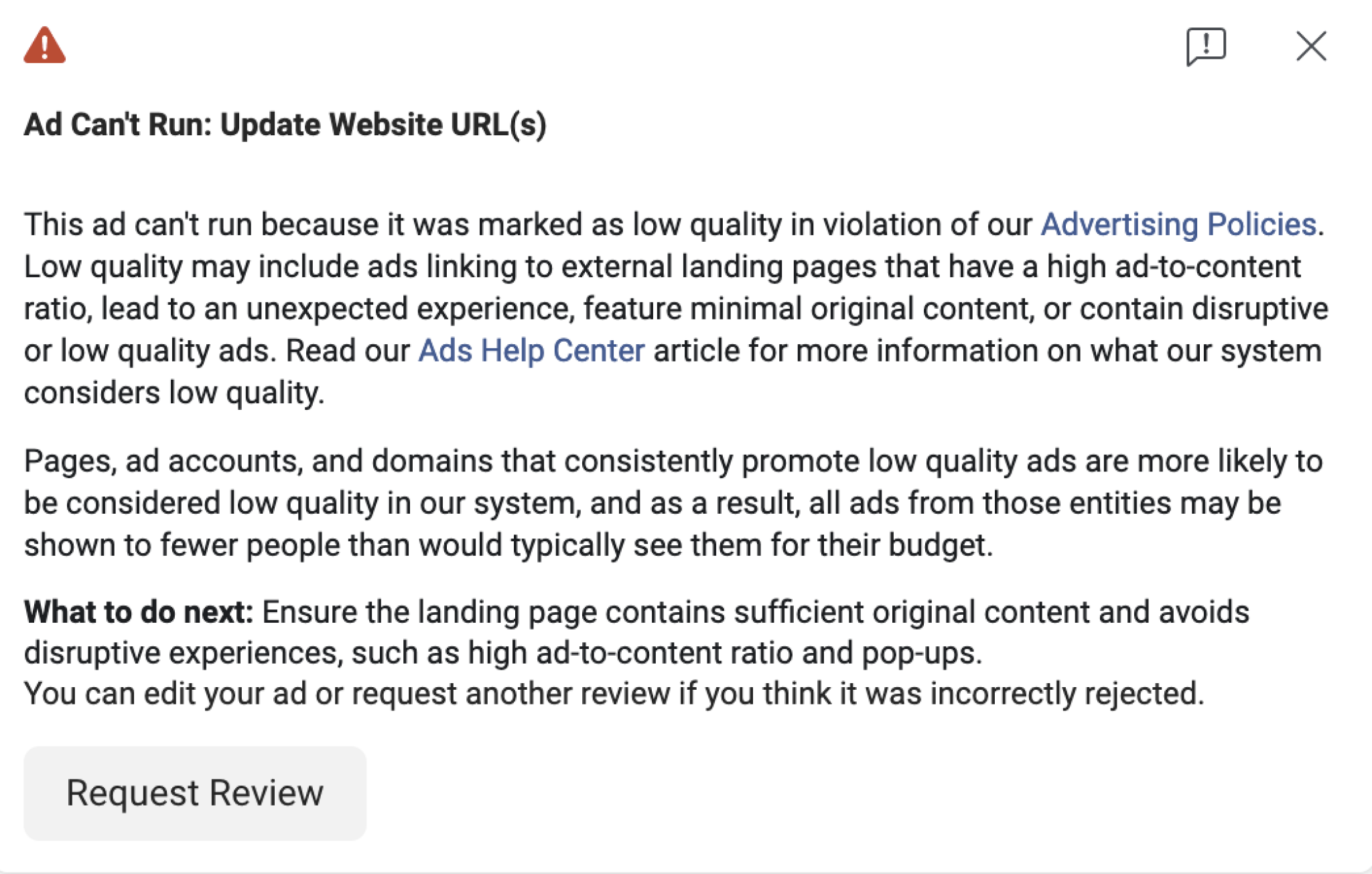 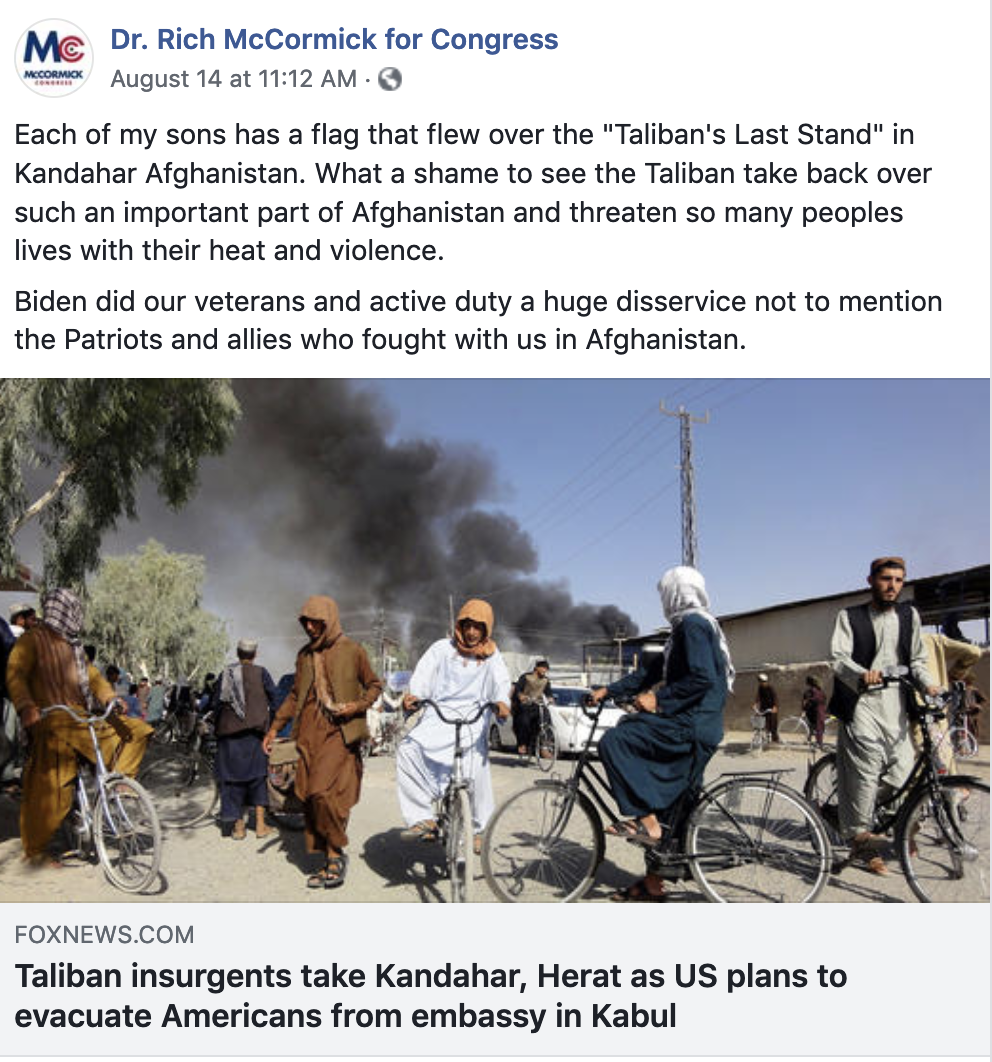 It is not clear whether Facebook has an unstated policy that targets Fox News or whether the ad violates a different rule about political advertising. The social media giant has faced recurring criticism for its handling of political ads. In October 2020, Facebook took down an ad from a pro-Trump super PAC, saying its allegation that Joe Biden supported defunding the police was "false information."

After publication of this article, a Facebook spokesman told the Washington Free Beacon the ad was taken down by mistake and has now been restored.

"This ad was incorrectly taken down and quickly restored," the Facebook spokesman said. "Our enforcement is never perfect since machines and human reviewers make mistakes, but we're always working to improve."

McCormick's press secretary slammed Facebook, saying "the social media overlords will do whatever it takes to protect their liberal allies in government by censoring content they disagree with." McCormick is a former helicopter pilot who reentered active duty with the Navy after medical school to serve as an emergency physician in Kandahar.

Facebook's explanation for the ban states, "Low quality may include ads linking to external landing pages that have a high ad-to-content ratio, lead to an unexpected experience, feature minimal original content, or contain disruptive and low-quality ads."

Over two billion Facebook users see ads on the platform, making it an enticing draw for advertisers. Critics say Facebook, which receives more than a quarter of U.S. digital advertising spending, has too much control over the digital ad space. A recent poll found that 63 percent of voters say Facebook has too much power.

Facebook this month disabled the accounts of New York University researchers who were studying political ads on the platform, saying it was complying with a Federal Trade Commission order. The FTC rejected that claim, saying it hoped Facebook was not using the consent order as "a pretext to advance other aims." Multiple senators called on Facebook to explain its decision and to allow more nonpartisan scrutiny of its political ad practices.

Facebook has come under fire for a slow reaction to widespread use of its messaging app WhatsApp by Taliban fighters. Facebook says it uses non-encrypted data to remove Taliban chats and individuals, but the tool proved essential for the Taliban's capture of Kabul, Afghanistan.