The backlog of unemployment claims in California keeps growing, as embattled Democratic governor Gavin Newsom faces a reelection campaign brought on by his handling of the coronavirus pandemic.

Calls to the state's unemployment office were up almost 40 percent last month, with 76 percent of those calls still unanswered, indicating a surge in claims that will soon be filed, according to the Sacramento Bee. California's Employment Development Department said the surge has been driven by citizens reaching the end of their benefit year and the passage of federal benefit programs in the past few months.

A Republican-led effort to recall Newsom passed its first threshold in April, when over 1.5 million signatures were collected by disgruntled voters in the state, sending the governor to a special election that will likely be held in November. Nearly 200,000 residents fled the state in 2020 as rising rates of crime and homelessness, as well as soaring housing costs and tax rates, embittered voters and business owners alike.

Many Californians have also been frustrated by the state's harsh lockdown measures, which kept churches shuttered until last month and are still keeping schools from operating in person and at full capacity. In April, Newsom lifted restrictions against in-person worship in the state after the Supreme Court struck down his state's ban for unduly targeting religious observances.

The state's monthly unemployment benefits have increased by billions of dollars since the start of the year, when the federal government passed an additional $300-a-week benefits package that will last until September. The state's unemployment rate is still a little over 8 percent—more than double its pre-pandemic level. 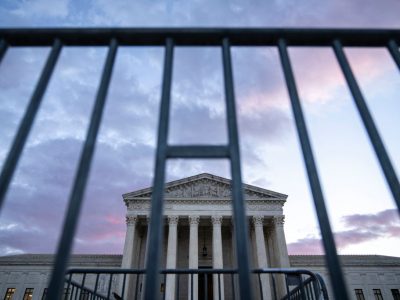 Why Is the Supreme Court Still Closed to the Public?