The latest version of a public school curriculum set to be implemented across California includes an assignment for students to volunteer for an Arab-American organization, a call that's not made for any other ethnic group.

The call is included in a sample homework assignment for California’s Ethnic Studies Model Curriculum (ESMC), an education blueprint years in the making that has been criticized in the past as "blatantly anti-Semitic" and caused an uproar in the American Jewish community.

California is poised to endorse the radical ethnic studies curriculum, igniting a firestorm among both Jewish and pedagogical groups that are concerned about what public schools in the Golden State will be teaching students.

The assignment asks students to make a "commitment to personal action" and take what they learned in class to "help combat prejudice and improve perceptions of Arab Americans." It then recommends students "volunteer at an Arab American organization" or "develop a social media campaign to raise awareness about bias against Arab Americans." 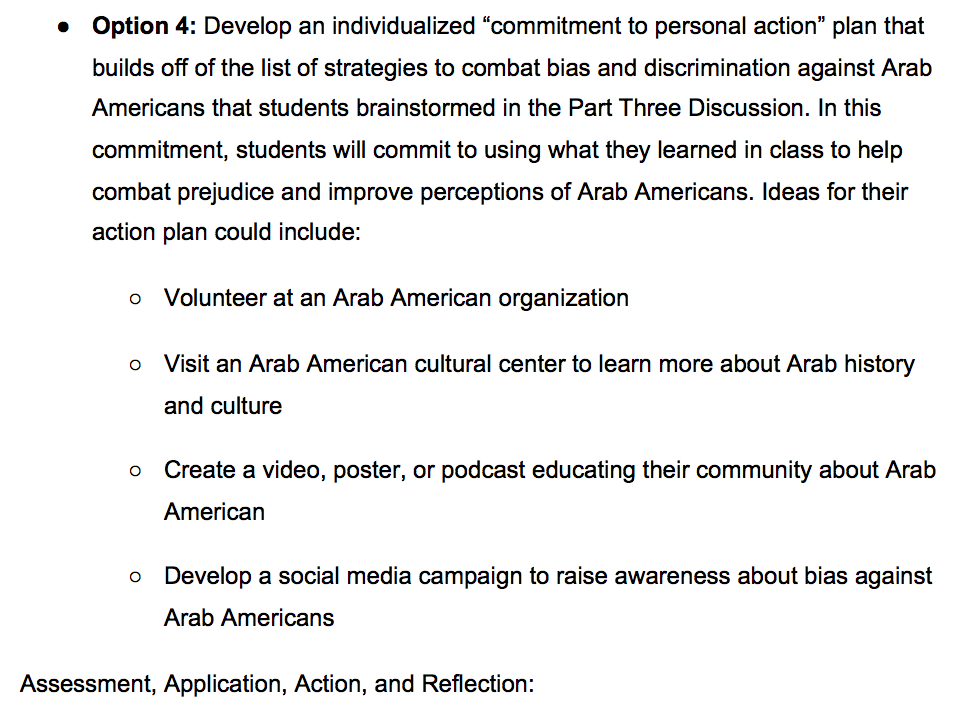 A review of the fourth and current draft of the curriculum found no similar calls for direct advocacy in defense of any other ethnic or racial group, and Jewish groups have taken notice. Max Samarov, the executive director of research and strategy for StandWithUs, a nonpartisan Israel education group, says the new lesson plan was finalized without feedback and goes against the stated goals of the curriculum.

"It's important that the [State Board of Education] addresses the flaws in this lesson plan, which was submitted at the last minute with almost no time for public review and feedback," Samarov told the Washington Free Beacon. "The curriculum itself states that ethnic studies should present various points of view instead of pushing students to engage in specific advocacy. It also repeatedly cautions about the danger of a single story, which is what the lesson plan promotes by erasing the unique identities and stories of so many Mizrahi and Sephardic Jews."

Samarov’s criticism of the current draft echoes what civil rights groups objected to in previous versions. Almost 100 Jewish and pro-Israel groups accused earlier drafts of the proposed ESMC curriculum of "eras[ing] the American Jewish experience." The current version goes even further, erasing centuries of Jewish life in the Arab world.

In its list of ethnic groups that lived in the Arab world, the curriculum states that Arab countries "have majority Arab populations, [and] they are also incredibly diverse and include other ethnic groups, such as Kurds, Imazighen, and Persians." It makes no mention of Jewish history in the Arab world, or that hundreds of thousands of Jews were forcibly expelled from their homes by Arabs throughout history. 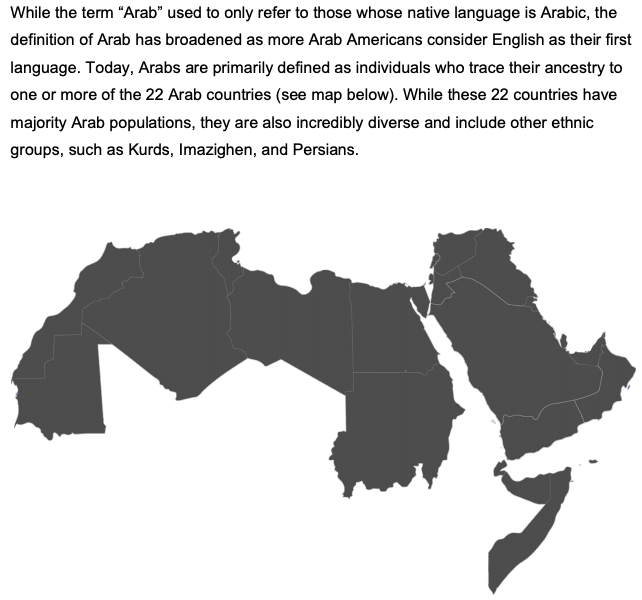 In the curriculum’s section on "Antisemitism and Jewish Middle Eastern-Americans," Jewish Americans are placed within the prism of intersectionality. According to the curriculum, Mizrahi and Sephardic Jews have "intersectional identities as a result of experiencing prejudice and discrimination as Jewish Americans, as Middle Eastern refugees and immigrants, and some as people of color."

A spokeswoman at the Alliance for Constructive Ethnic Studies (ACES) told the Free Beacon that "having a curriculum that is founded on critiquing colonialism and imperialism is what will ultimately allow anti-Semitism and other forms of racism to creep into our K-12 classrooms."

The latest curriculum is scheduled to be voted on by the State Board of Education on March 18. Unless the SBE requests a deadline, it is required to complete the curriculum by the end of the month. Once the curriculum is adopted, individual school boards across the state determine how much will be used in their own curricula. The Arab Resource and Organizing Center hosted an event last month with BDS activist Angela Davis to push for the inclusion of Arab Studies in schools across the state.

The FBI reported last year that California had the most anti-Semitic hate crimes in the nation in 2019.