Update 1:46 P.M.: Following publication of this article, a FEMA spokesperson contacted the Washington Free Beacon to say that an "unprecedented process to review these claims" has been set up to help Sandy Victims.

"These survivors have been through too much already, and the last thing they need more than three years after Sandy is to deal with being underpaid by their insurance company," said FEMA spokesperson Rafael Lemaitre. "Survivors always come first, and that is why we’ve set up an unprecedented process to review these claims and pay out every penny owed to policyholders under their policies. Already, more than $50 million dollars have gone to policyholders and we’re working as quickly as possible—literally in shifts—to continue to make things right. Even as we do that, we’re continuing to overhaul the flood insurance program to make sure the companies we partner with share our values of putting policyholders and survivors first."

Superstorm Sandy victims have reached their breaking point after three-and-a-half years and some will be boarding buses on Thursday to bring their fight against FEMA to Washington, D.C.

"One hundred New York and New Jersey homeowners, who have been tortured by FEMA—all who have not been properly reimbursed, and some of whom have endured real fraud," are headed to D.C., said Michael Caputo, one of the organizers of the event by Stop FEMA Now. Homeowners will make a stop outside FEMA’s headquarters.

The 100 are just a small representation of thousands of homeowners who are still in limbo. Caputo said the number of homeowners initially defrauded by FEMA, which runs the National Flood Insurance Program, is 140,000.

Some Sandy victims are living in their children’s garages, and many others "are living in homes that look like war zones," said Caputo.

"These aren’t people with their hands out, these are people who paid their insurance premiums," explained Caputo. He said they were defrauded, denied or underpaid by FEMA.

"We want Washington to know: We're mad as Hell and we're not going to take this anymore. We want a congressional investigation and we're standing strong behind Rep. MacArthur, who's got our back," said George Kasimos, the founder of Stop FEMA Now, in an email.

A FEMA whistleblower, never mentioned in public before, will be introduced at the event. Caputo said he was a senior manager in FEMA who was charged with overseeing the "expedited" process announced by FEMA last year.

"He walked away just recently and was so frustrated, disgusted, and he’s going to discuss the aspects of the process to underpay the homeowners—the process does not allow for full payment," said Caputo.

The Washington Free Beacon interviewed several Sandy victims, some who are going to D.C. and others who could not attend.

Bob Geoghegan of Toms River, New Jersey, is headed to D.C., and he summed up victims’ sentiment by saying, "Sandy was a storm, FEMA is a tragedy."

Geoghegan had 42 inches of water in his home, and his mother’s two homes on the same block were also damaged. He paid flood insurance premiums and had an additional policy for the contents of his home. FEMA gave him $70,000 even though estimates to rebuild his home were $250,000. The $12,000 contents policy reimbursed him for $819. After hiring a public adjuster, FEMA gave him an additional $30,000 to rebuild.

"I was lowballed by the insurance company," Geoghegan said, who had to quit his second job so he could do the house repairs himself.

"My life savings are almost wiped out," Geoghegan said.

Now, after rebuilding, he is being told he has to elevate his home due to FEMA issuing new flood zoning maps and township zoning code changes.
"FEMA held a gun to the township's head—coerced them into changing building codes to raise houses," he said.

"I am heading to D.C. to have my voice heard because I represent hundreds of families in my community in the same exact situation and they can't be [there]," said Henry by email. She is the founding member of the South Shore Recovery Coalition, a nonprofit that helps residents and local municipalities in the recovery process.

"We have been waiting and waiting with no communication from FEMA at all at this point. We/They were offered peanuts again and it's not OK. There are 12,000 policy holders still waiting," said Henry.

After a 60 minutes documentary detailed fraud in the Sandy recovery process last year many homeowners were hopeful. FEMA promised a review of all cases in an expedited manner and said cases would be completed in 90 days.

That has not occurred.

"FEMA said cases would be complete in 90 days and work started on my case in June which was 10 months ago—nowhere close to 90 days— and I've been stuck with no information and my attorney can't get any either now for six months," said Henry.

"I am beyond frustrated. I'm frustrated with this awful process, which cares nothing for us, taxpayers who have paid for flood coverage for many, many years. I am frustrated with our representatives who claim to "help" but where are they really?" said Henry. "We survived Sandy but we have been victims of our government over and over again."

Krystina Miller of Sea Bright, New Jersey, says she has also been low-balled by FEMA. She is still not back in her home with her two sons and husband. She has been renting since Sandy and rental assistance has not been sufficient.

"We have cashed out our retirement funds to pay rent to cover about 12 months. That makes me sick," said Miller by email.

FEMA engineers said there was structural damage underneath Miller’s home, but FEMA refused to pay for it. After hiring a public adjuster three years ago, who said NFIP should cover the damage, FEMA still denied the claim.

Miller reopened her claim nearly a year ago under the "expedited" process after the 60 Minutes documentary identified fraud in the engineering reports, as hers was similar to those interviewed.

"So far we are still going back and forth with them, nitpicking items here and there what they will or will not pay for … They have not even addressed the damage under the house, which is what we are asking for. They made us a low-ball offer which we declined," she said.

John McGary of Pt. Pleasant, New Jersey, lost the entire first floor of his home and rebuilt quickly even though he didn’t receive enough reimbursement from FEMA. The builder was a friend. The stress took a toll on his health, he said, and he suffered a stroke.

After rebuilding his home, McGary said that "FEMA came out with new elevation requirements." The cost to elevate his home would be $193,000 and a state grant offered to give him $43,000.

When Sandy victims show up in D.C. on Thursday, they not only want to raise awareness of their own plight but also ensure no storm victims in the future have to endure what they have.

"They want FEMA changed; they want no one to be treated like they have been treated," Caputo said.

Disclosure: Mary Lou Lang-Byrd’s secondary residence was damaged, and she has not personally filed with FEMA, but her homeowner’s association has resubmitted a claim for common area damage. 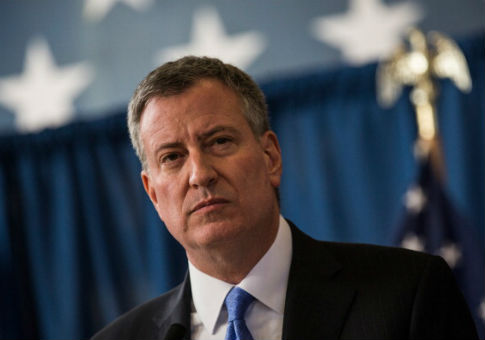 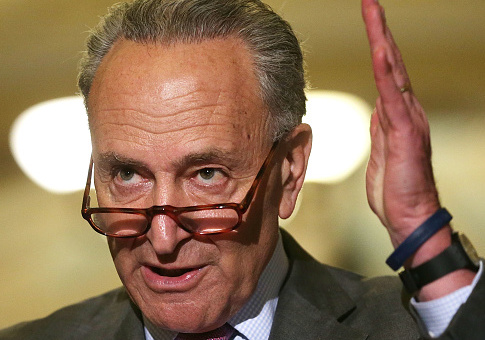 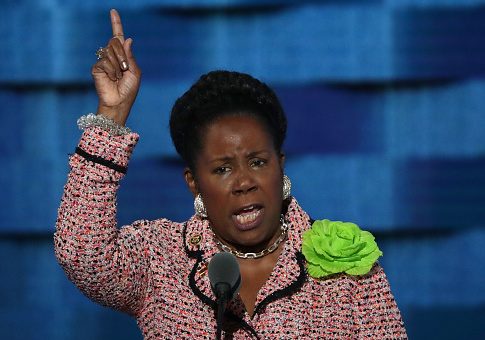 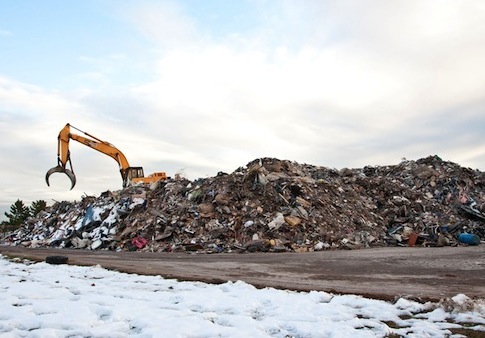 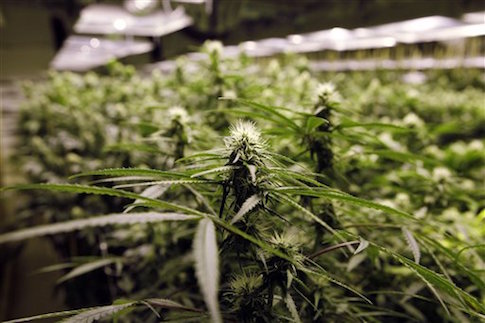 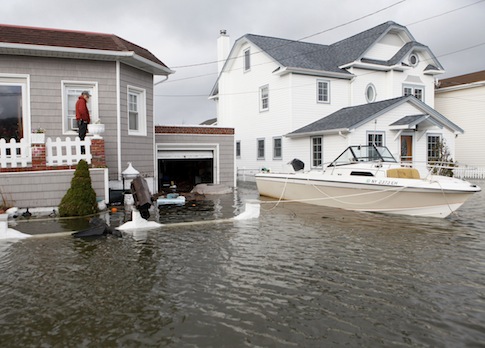 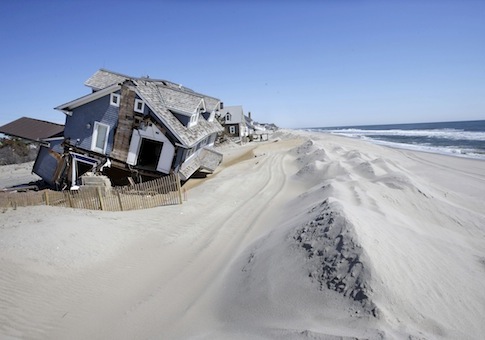 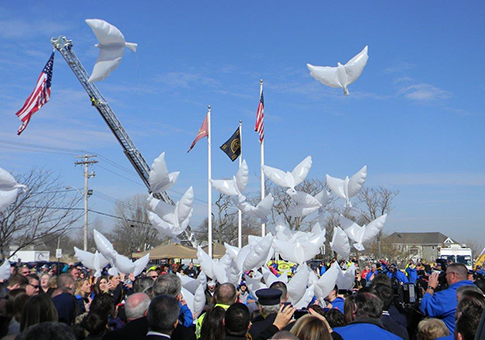