The Trump administration is revising a 22-year-old federal regulation that has enabled states to acquire geographic area waivers exempting able-bodied adults without dependents (ABWDs) from having to work or undergo job training to receive taxpayer-funded food stamp benefits.

Critics argue that states have been using data provided to them by the politically far-left, George Soros-funded, Center on Budget and Policy Priorities (CBPP), by combining counties and geographic areas to circumvent the work requirement threshold in counties with low unemployment.

Reforming the rule will reduce the taxpayer burden and enable more individuals to move from federal dependency to self-sufficiency, the Trump administration says.

This month, U.S. Department of Agriculture (USDA) Secretary Sonny Perdue instructed states to review their "waiver policy choices concerning when and where to request" them, stating: "It's time to rethink the use of waivers and support movement to self-sufficiency for these individuals."

In Fiscal Year 2016, about 3.8 million ABAWDs received benefits through the federal Supplemental Nutrition Assistance Program (SNAP), previously known as food stamps. That includes 1.7 million beneficiaries who lived in states or areas that had waivers of the work requirements and were excused from the time limit established by law, the USDA reports. Currently, the law requires able-bodied adults between the ages of 18 and 49 to work and/or participate in a work program for at least 80 hours per month in order to receive SNAP benefits for more than three months in any three-year period.

Dean replied that CBPP has been providing "states with technical assistance to assess their eligibility for a waiver" since 1996.

"We respond to individual states' requests for assistance," she replied to Jordan's question. "We also provide draft waiver request materials and make sure that they conform to federal and USDA guidelines."

She added: "At state request, we review the waiver analyses states undertake on their own and provide technical feedback." CBPP also contacts states to inform them "of areas in the state that would qualify for a waiver under federal rules based on recent unemployment data."

All nine Republican-led states that replied to Watchdog.org about this matter said their agencies do not solicit information from CBPP and do not use draft waivers provided by CBPP. All said they received unsolicited information directly from CBPP. The data is sent to them free of charge. No state agencies have contracts with CBPP, they told Watchdog.org.

The Republican-led states that did not respond to several requests for comment are Arizona, Maryland, Massachusetts, New Hampshire, New Mexico, North Dakota, Ohio, and Vermont.

"The state of Michigan has used CBPP data to develop our waivers for several years – as directed by the federal Food and Nutrition Services (FNS) program at USDA," Gov. Rick Snyder's director of communications, Ari Adler, told Watchdog.org. He suggested that Watchdog.org ask FNS "why they direct states to use CBPP data specifically, as we do not have that answer."

Likewise, according to the South Dakota Department of Social Services, "We have used data from Center on Budget and Policy Priorities (CBPP) for a number of years at the recommendation of the U. S. Department of Agriculture, Food and Nutrition Services (FNS)."

Other states echoed a similar reply when asked how they received the CBPP data and what criteria they used when submitting waiver information.

In response to the apparent disconnect between what state agencies have said were federal instructions, Watchdog.org received a reply from the USDA after two weeks of inquiries via email. A spokesperson replied: "USDA's Food and Nutrition Service is working to limit the use of waivers and encourage states to move more SNAP recipients off assistance and into work. FNS does not direct states to resources offered by the Center on Budget and Policy Priorities (CBPP), but if asked, may note that CBPP offers a service in this area. FNS does not encourage the use of waivers when we can and should otherwise be engaging this population."

South Dakota, among other states, explained that the CBPP data did not determine the outcome of their assessments. It has limited waivers and promotes employment and training opportunities for ABWDs "to help them move toward self-sufficiency."

Michigan also began removing counties from a geographic area waiver eligibility that was open to the entire state prior to Jan. 1, 2017. Since then, many counties have been dropped from eligibility.

Uncertainty still remains, however, about how states receive CBPP data and at whose instruction. Regardless, most states had already begun reviewing their application process, increased work requirements and dropped counties that had previously received waivers by up to 50 percent. 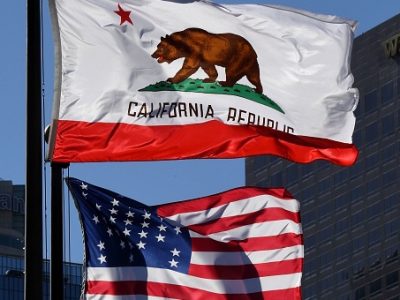