Some Americans Receive $40,000 or More a Year in Government Assistance

Some Americans receive $40,000 or more a year in government assistance benefits, according to a report from the Congressional Research Service.

"Many families received a relatively small benefit during the year—more than 10 million families received less than $1,000 in benefits," states the report. "However, a few families tend to receive high benefit amounts."

An analysis by the group found that a single mother of two children, working full-time at the minimum wage could receive almost $9,000 in combined benefits from the food stamp program, the Earned Income Tax Credit program and the Additional Child Tax Credit program.

"It looks like a small number of households are getting multiple benefits, and when you add up child care, housing, SNAP, and EITC you could well reach the $40,000 mark (child care can be $12,000+ per year and housing can be $15,000+ per year)," explained Angela Rachidi, a research fellow at the American Enterprise Institute.

The report finds that the median benefit from each of the nine programs added together totals $28,814. According to Chris Edwards, a director of policy studies at the Cato Institute, those families reported by the Congressional Research Service as receiving more $40,000 or more are likely collecting most or all of the individual benefits, each at higher than the median amount.

One in three Americans, or an estimated 106 million in 2012, received benefits from one of the nine major need-tested benefit programs. A total of $261 billion was spent on those programs in that year.

Although Medicaid is the largest need-tested program, it was excluded from the report and this calculation.

"The CRS study shows that America has grown a massive welfare state, which undermines individual initiative, distorts the labor market, and reduces economic growth," says Chris Edwards, a director of policy studies at the Cato Institute. "The welfare state ought to be cut back, particularly by federal policymakers transferring programs to state and local governments." 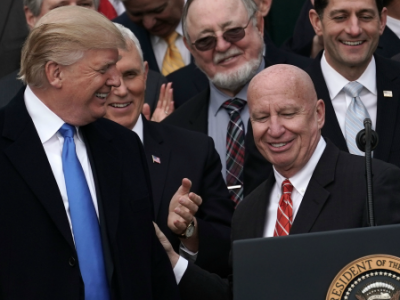