On $94 trillion proposal, Dems won't put votes where their mouths are

Most of the Senate Democratic caucus declined to endorse a resolution supporting the Green New Deal Tuesday, despite many having previously backed the same bill.

S.J.R. 9, "A joint resolution recognizing the duty of the Federal Government to create a Green New Deal," failed a cloture vote by zero to 57, with 43 Democrats and Sen. Bernie Sanders (I., Vt.) voting "present." Four caucus members—Sens. Doug Jones (Ala.), Angus King (I., Maine), Joe Manchin (W.Va.), and Kyrsten Sinema (Ariz.)—voted "no."

Among those who refused to support the GND resolution were a number of prominent 2020 contenders in the Senate, including Bernie Sanders, Elizabeth Warren, Cory Booker, Amy Klobuchar, Kamala Harris, and Kirsten Gillibrand. Each of these senators previously publicly supported a Green New Deal.

"We must address the existential crisis of planetary climate change, while at the same time creating millions of good-paying jobs in our country," tweeted Sanders, an original cosponsor of the bill, in February; he refused to vote in favor on Tuesday.

Tuesday's resolution was originally introduced in the House by Rep. Alexandria Ocasio-Cortez (D., N.Y.). However, in an ironic twist, it was reintroduced in the Senate by Majority Leader Mitch McConnell (R., Ky.) two weeks ago. As McConnell explained on Twitter, his aim was to show voters which Democrats backed the radical restructuring of the U.S. economy that such a bill would entail.

"Later today, the American people will see which of their senators can do the common-sense thing and vote ‘no' on this destructive socialist daydream," McConnell wrote. "And they'll see which senators are so fully committed to radical left-wing ideology that they can't even vote ‘no' on self-inflicted economic ruin that would take a sledgehammer to America's middle class."

The bill's original authors—Ocasio-Cortez and Sen. Ed Markey (D., Mass.)—explicitly objected to McConnell's promised vote on their own bill. Markey accused McConnell of attempting to "sabotage the call for climate action" (although did not explain how a vote on his own resolution would do so). He also argued on the floor that Republicans were fundamentally unserious about combatting climate change.

However, in the view of Republicans such as Sen. Mike Lee (R., Utah), it is Markey and his allies who are the unserious ones. In a floor speech illustrated with a series of entertaining charts, Lee pointed out that of the few concrete policies connected to the Green New Deal, most—such as eliminating cows and airplanes—are clearly absurd.

"The aspirations of the proposal have been called radical and extreme," Lee said. "But mostly they are ridiculous."

The outcomes of the proposal if implemented would be anything but, according to new research from the American Enterprise Institute's Benjamin Zycher. In a review of the available evidence, Zycher concluded that net-zero emissions by 2050—a state goal of the resolution voted down on Tuesday—would lead to a "barely distinguishable" decrease in overall temperature.

To achieve this goal, Zycher found, would cost at least nine trillion dollars a year, as well as the seizure of over 115 million acres of land—an area larger than California—to build the bill's required smart grid. 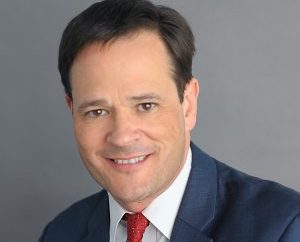 AOC: Dems Get Liberal Wishlist With Wins in Georgia