The cost of federal regulation neared $2 trillion in 2014, according to a new report by the Competitive Enterprise Institute (CEI).

"Federal regulation and intervention cost American consumers and businesses an estimated $1.88 trillion in 2014 in lost economic productivity and higher prices," amounting to roughly $15,000 per household, the report said.

The report found that the federal bureaucracy—made up of 60 agencies, departments, and commissions—has 3,415 regulations in the process of being finalized, meaning that the number of regulations far surpasses the number of laws passed by Congress.

CEI, a 501(c)(3) nonprofit, found that the Departments of the Treasury, Commerce, Interior, Health and Human Services (HHS), Transportation (DOT), and the Environmental Protection Agency (EPA) account for 48 percent of all federal regulations.

The EPA issued 539 final rules in the Federal Register last year, up 12.5 percent in five years.

Government regulation has led to a hidden "tax" for Americans, the report said, as businesses pass along compliance costs to consumers.

"Economy-wide regulatory costs amount to an average of $14,976 per household—around 29 percent of an average family budget of $51,100," the report said. "Although not paid directly by individuals, this ‘cost’ of regulation exceeds the amount an average family spends on health care, food and transportation."

Aside from passing costs onto consumers, the report said, regulation is a way for the federal government to further agendas without relying on the legislative system.

"Rather than pay directly and book expenses for new initiatives, federal regulations can compel the private sector, as well as state and local governments, to bear the costs of federal initiatives," the report said.

Regulations hit small businesses the hardest, averaging $11,724 per employee for firms that employ fewer than 50 people in 2012. The overall cost per employee for all companies comes to $9,991.

The cost of regulation has grown so large, according to the report, that if it was a country "it would be the world’s 10th largest economy, ranking behind Russia and ahead of India."

The regulatory state has been growing for decades. The report notes that 90,836 rules have been issued since 1993.

The Federal Register, the government’s official record for all federal regulations, was  77,687 pages long at the end of 2014, the sixth-highest page count in history.

The report also noted that the national debt, which currently stands at $18.152 trillion, is now larger than China’s economy. China surpassed the U.S. to become the largest economy in the world last December. 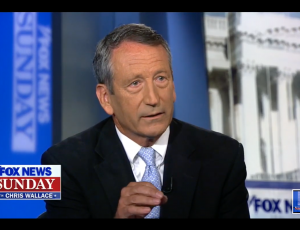