Kara Eastman, the progressive Democratic candidate that won the party primary last week in Nebraska, said Monday she did not support any federal restrictions on abortion.

Eastman appeared on MSNBC's "Meet the Press Daily" to discuss several issues, including gun control, immigration, and abortion. She did not endorse any restrictions to abortion at all when Tur asked her directly.

"On abortion, should there be any limits on abortion?" host Katy Tur asked.

"I do not believe that the federal government should tell women what to do with their bodies," Eastman replied. "I think women are capable of making those decisions. Those are really hard decisions to make, but they should be made between a healthcare provider, a woman's family, and her faith. We should leave it to women to decide because women should have the right to choose."

Eastman's narrow victory over former Rep. Brad Ashford, who was backed by the Democratic Congressional Campaign Committee, was a notable upset against the Democratic establishment. Ashford supports some restrictions on abortion while Eastman does not, and Eastman also supports a single-payer healthcare plan, which entails the government paying for abortions.

Jack Pandol, a spokesperson for the National Republican Congressional Committee, slammed Eastman by saying that Democrats even believe that she is "too radical" for Nebraska.

"Even Democrats agree Kara Eastman is just too radical for Nebraska. This troubling answer is the latest example of why we can’t afford Kara and her extreme agenda," Pandol said. 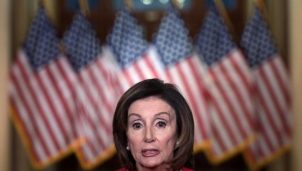