Only a quarter of Democrats support abolishing U.S. Immigration and Customs Enforcement, in spite of support for the idea by major party figures, a new poll shows.

However, 57 percent of Democrats and nearly 75 percent of liberals have a negative view of ICE, the Associated Press reports. Republicans, by contrast, "largely have favorable views of ICE." One third of respondents considered themselves not familiar enough with the agency to form an opinion.

This latest result is even worse for the Abolish ICE movement than one released in July, as the proposal gained traction among Democrats amid controversy over the separation of illegal immigrant families at the southwestern border. In that poll, 43 percent of Democrats wanted to end ICE.

ICE abolition has gained media attention in recent months, prompted in large part by the surprise primary victory of supporter Alexandria Ocasio-Cortez. Since then, it has gained the support of 2020 hopefuls such as Sens. Kirsten Gillibrand (D., N.Y.) and Elizabeth Warren (D., Mass.).

Based on the people to whom the AP spoke, this approach is leaving voters uncertain about the broader policy proposal. One respondent to the AP's poll argued that ICE needs to be reformed, but not scrapped.

"Yes, there are more drugs and crime coming across the border than years ago," said 68-year-old Dianne Stone. "But you can't keep kids in cages. ICE can be part of a more sophisticated vetting process where you're keeping criminals out."

"I thought it was horrific," Lish said. "ICE was just doing its job, following orders. But it's the policy of separating families that needs to change, not abandon ICE."

The AP-NORC poll found that the partisan divide persists on other immigration-related issues. On the issue of separated families—most, although not all of whom, have been reunited—85 percent of Democrats believe the administration needs to be doing more to reconnect parents and children, compared to 22 percent of Republicans. 90 percent of Democrats and two-thirds of Independents disapprove of President Donald Trump's handling of immigration, while around 75 percent of Republicans approve.

As ICE abolition proves unpopular among the Democratic base, some candidates are considering alternative proposals. Four Texas Democrats have signed on to a proposal to make improper entry a civil offense, for example, which would leave ICE intact but reduce the number of people it can refer for criminal prosecution. 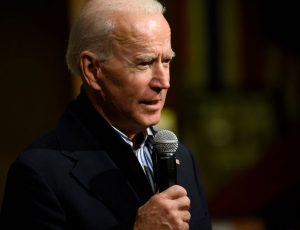