Contributions to President Barack Obama's foundation skyrocketed last year as the group hauled in more than $230 million, its most recent tax forms show.

The drastic increase in funds also coincided with hefty pay raises for its executives, with one individual pulling in more than $800,000 in total compensation.

The Barack Obama Foundation, a 501(c)(3) tax-exempt nonprofit that was launched in 2014 and carries a primary goal of building the Obama presidential center in Jackson Park on the South Side of Chicago, reported $231,993,748 in contributions and grants in 2017. This was an increase of more than $218 million from the $13 million in donations the foundation reported in 2016.

A majority of the foundation's money last year came from just 13 undisclosed donors. Checks of $25 million were cut by four individual donors while two donors added $24 million each in contributions. Seven more pushed between $5 million and $10 million into the nonprofit's coffers, its forms show.

While the group did not disclose its donors on its most recent tax forms, its website contains a list with broad contribution ranges of who has given to the foundation since its inception.

The foundation lists the likes of the Exelon and Microsoft as donors who provided more than $1 million to the group, despite Obama criticizing corporations throughout his presidency. Democratic megadonor Fred Eychaner, chairman of Newsweb Corporation, and the Bill & Melinda Gates Foundation are among the dozens of others who have given more than six-figures to the foundation.

The foundation put $12 million towards program services last year and its executives additionally saw an uptick in compensation as its assets rose.

Prior to joining the Obama Foundation, Cohen was the president of the Pritzker Realty Group, an affiliate of PSP Partners, which is owned by Penny Pritzker, a billionaire who was a major donor to Obama and later served as U.S. Secretary of Commerce in his administration. Pritzker's brother, J.B. Pritzker, is the governor-elect of Illinois.

David Simas, the foundation's chief executive officer, was given $614,636 in total compensation last year. Simas began working for the Obama White House in 2009 as a deputy assistant and finished off their tenure as the director of the office of political strategy and outreach at the White House. Simas became CEO of the Obama Foundation in late December 2016 and did not collect a salary that year given his start date, its forms note.

Glenn Brown, the chief digital officer who previously worked for Twitter and Google, hauled in $378,519 in total compensation. Brown joined the Obama Foundation in May 2017.

The spokesman added that that the Obama's could not actively fundraise until 2017 and last year was also the first time the foundation accepted contributions of $1 million or more.

Obama: I Hope to Create ‘A Million Young Barack Obamas’ 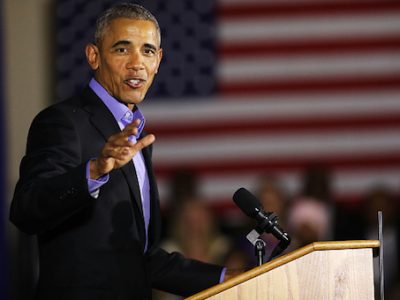 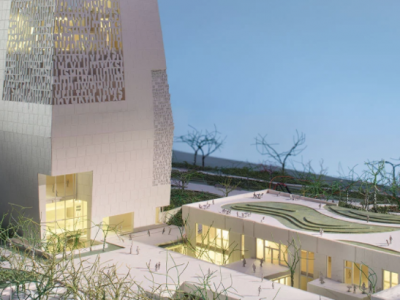 Obama Defends Presidential Center After It Was Panned as ‘Socially Regressive’