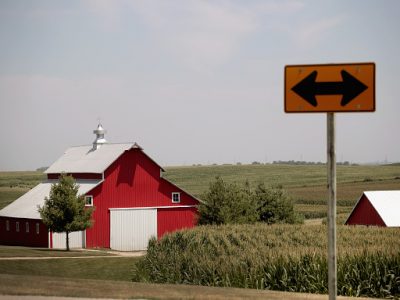 The Trump administration is allowing kids 300 more milligrams of salt in their school lunches.

In one of his first acts as secretary of agriculture, Sonny Perdue announced his department was moving to "Make School Meals Great Again" by giving schools greater flexibility in complying with former First Lady Michelle Obama's lunch rules.

Perdue, the former governor of Georgia, announced the changes on Monday during a visit to a Virginia elementary school. Schools can now provide an additional 320 mgs more sodium in school lunches, on average, and the government can now exempt schools from serving only whole-grain products.

"This announcement is the result of years of feedback from students, schools, and food service experts about the challenges they are facing in meeting the final regulations for school meals," Perdue said. "If kids aren't eating the food, and it's ending up in the trash, they aren't getting any nutrition—thus undermining the intent of the program."

"I've got 14 grandchildren, and there is no way that I would propose something if I didn't think it was good, healthful, and the right thing to do," he added.

Kids also can have 1 percent milk and flavored milk instead of the non-fat option mandated under Obama administration standards.

The Healthy Hunger-Free Kids Act championed by Mrs. Obama was mocked widely on social media, and millions of kids stopped buying school lunch or threw out unappetizing food as a result of the law.

Kids even resorted to creating black markets for salt under the strict rules.

"At the same time costs are going up, most states are reporting that they've seen a decrease in student participation in school lunches, as nation-wide about one million students choose not to have a school lunch each day," the department said. "This impacts schools in two ways: The decline in school lunch participation means reduced revenue to schools while they simultaneously are encountering increased costs."

School lunch policy was not the only pet project of the former first lady to get the ax on Monday. The Trump administration also ended Mrs. Obama's "Let Girls Learn" initiative, which she traveled to Italy, the United Kingdom, Qatar, and Morocco to promote.

Perdue stressed that changes to the lunch standards are optional and not a one-size-fits-all mandate.

"Here's the thing about local control: It means that this new flexibility will give schools and states the option of doing what we're laying out here today," he said. "These are not mandates on schools."

Perdue pointed out another benefit to the rule change: The grits will taste good again.

"A perfect example is in the south, where the schools want to serve grits," Perdue said. "But the whole grain variety has little black flakes in it, and the kids won't eat it."

"The school is compliant with the whole-grain requirements, but no one is eating the grits," he said. "That doesn't make any sense."