A lead organizer for the #RedforEd teacher protest, which presents itself as bipartisan, was called out by a local radio host for his deeply partisan social media posts, which include attacks on Arizona's Republican governor Doug Ducey and President Donald Trump.

Derek Harris, a member of the leadership team at Arizona Educators United, was showcased by local radio host Mike Broomhead as another example of the "true colors" of the #RedforEd movement, which is on the brink of calling for a teacher strike despite a proposal by Ducey to give teachers a 20 percent raise.

Posts highlighted by Broomhead included a December post by Union Thugs calling Ducey "dumb" and a post calling Republicans "true sodomites." He also labeled President Trump a "racist motherfucker" because of a post celebrating former President Andrew Jackson. He has also indicated a belief that Trump is made entirely of "horseshit" and called him a "white supremacist." 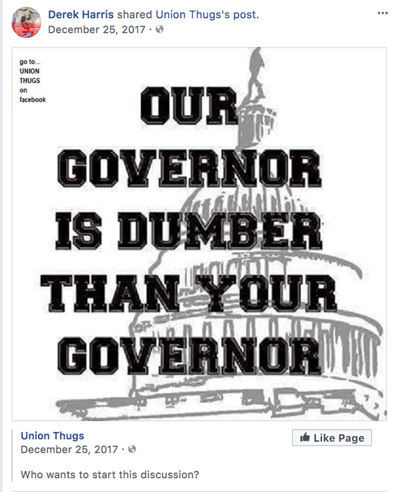 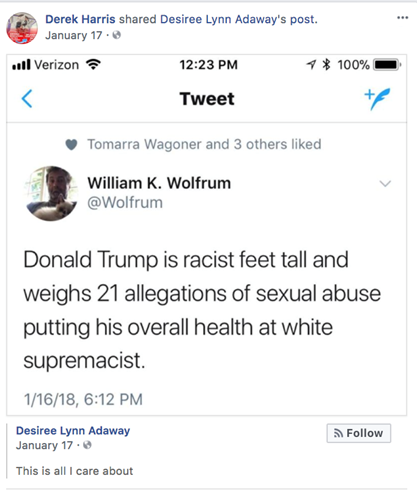 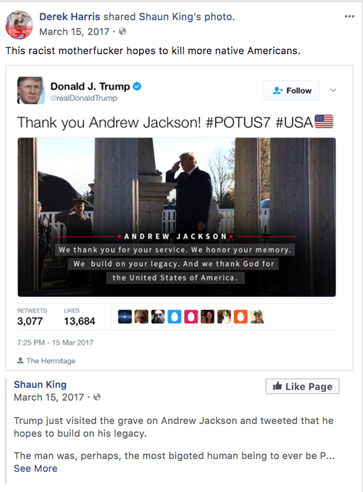 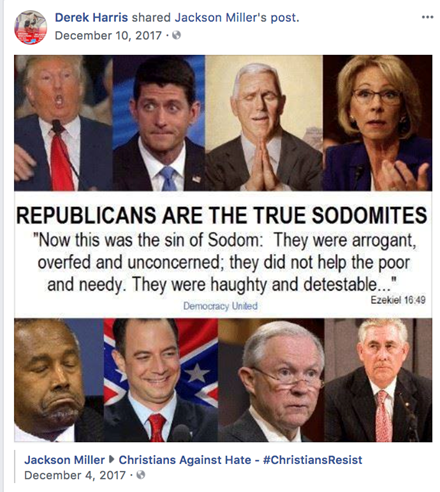 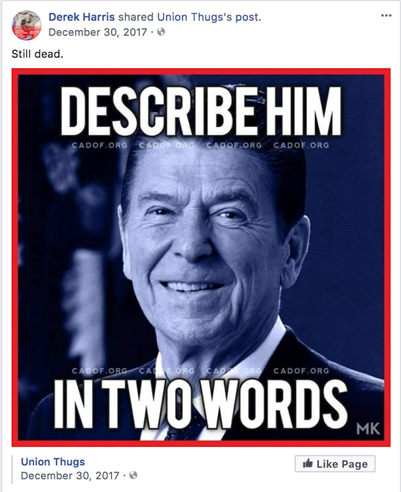 Reached for comment by the Washington Free Beacon, Harris maintained that #RedforEd was a nonpartisan fight despite his obvious partisan feelings. He said he doesn't know whether others in the leadership share his political views.

"We don't get into partisan politics in the organization," Harris said.

He originally labeled the post by radio host Mike Broomhead as a "smear" but admitted the online post accurately expressed his views.

"I suppose smear is the wrong word," Harris said. "I don't know the full extent of what was discussed on his show but the online article did express my views and sense of humor."

The Washington Free Beacon reported on Monday that Noah Karvelis, the lead founder of the teacher protest, has worked for partisan electioneering groups founded by campaign alumni of both the Hillary Clinton and Bernie Sanders presidential campaigns. He is also acting as the paid campaign manager for a local Democratic candidate and is closely tied to an Arizona labor union working to unseat Ducey this November.

The #RedforEd group held a vote this week to decide whether it will strike on Friday. Harris would not reveal how he voted, but said he would "stand in solidarity with [his] colleagues" no matter the result.

United States Cut China Aid In Half In 2020