Health insurers in Washington, D.C., Oregon, and Vermont have requested double-digit premium rate increases for Obamacare plans next year, according to state and district insurance commissioners.

In Oregon, there were eight health insurers participating in the individual market that requested premium rate hikes ranging from 6.9 percent to 21.8 percent.

"This year's rate requests follow two years of significant rate increases as insurers have adjusted to changes in the individual market," said the state insurance commissioner. "Rates increased an average of 23 percent in 2016 and 27 percent in 2017."

Premiums are continuing to increase due to higher-than-expected medical claims, declining participation of insurers, and the end of federal programs that mitigate risk for insurers. Insurers are also faced with increasing uncertainty as to whether the cost-sharing subsidies will be made and what will happen to the individual mandate.

"We continue to be concerned about the level of choice for Oregonians across the state," said Patrick Allen, director of the Department of Consumer and Business Services in Oregon. "In the coming weeks, we will be exploring our options to ensure all Oregonians have access to plans that fit their needs."

"We know there are still many unknowns facing insurers and consumers as we look ahead to 2018," said Laura Cali Robinson, the state's insurance commissioner. "Now that the filings are in, we will begin our vigorous review to ensure the proposed rate changes, including the potential impact of various sources of uncertainty, are actuarially sound and justified."

BlueCross Blue Shield, which is the largest insurer in Vermont, said that most of the increase in premiums was not due to direct health care services, but the federal insurer tax which was mandated by Obamacare.

"Our hospitals and providers have done admirable work controlling their costs; however, there are other forces impacting premiums, like the federal insurer tax, the cost shift, and the needs of our aging population," said Don George, president and CEO of the company's Vermont division. "This is not welcome news for our members, but we take seriously our obligation to be upfront about the dynamics that are driving up health care premiums."

According to the Kaiser Foundation, rate increases are a result of the increasing number of insurers experiencing losses on the exchanges.

"Nationwide, average Marketplace premiums for 2017 are increasing more than they have in the past two years," the Obama administration said. "For the median HealthCare.gov consumer, the benchmark second-lowest silver plan premium is increasing by 16 percent this year, before taking into account the effects of financial assistance." 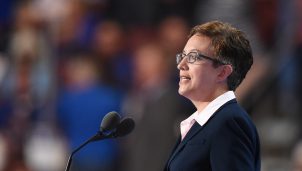 Biden, If Elected, Plans to Put Obamacare on Steroids

Oregon Dem: Portland Not Out of Control, Some People ‘Have Strong Feelings’