The Washington Free Beacon‘s Elizabeth Harrington appeared on BlazeTV's Real News Thursday to discuss her story on the charge that charter schools are racist by a group funded by left-wing billionaire George Soros.

"The Advancement Project" is asking the Justice Department to investigate the closures of failing public schools in New Orleans, Chicago, and Newark on the grounds that the closings are racially motivated.

"How is giving students an option of a better school, thus providing for the potential closure of a failing school, racist?" host Will Cain asked incredulously.

While addressing the strange claim, Harrington pointed out the New Orleans complaint lists five schools that will be closed this year and reveals that all five are failing. The complaint also alleges that the charter school experiment has failed and that New Orleans has become the largest charter school city in the country.

"Really, when you look at the statistics, New Orleans since [Hurricane] Katrina- their education has bounced back completely," she said. "In 2004, there were only 54 percent of students graduating in New Orleans. Now, ten years later, there are over 77 percent. They are seeing huge progress in that city in particular, and it’s largely due to growth in the charter schools."

The group, whose mission is to dismantle "structural racism" and promote "racial justice," filed complaints under Title VI of the Civil Rights Act on behalf of "Journey for Justice," a coalition of grassroots organizations supported by teachers unions.

"The coalition has come together because, across our communities, education ‘reformers’ and privatizers are targeting neighborhood schools filled with children of color, and leaving behind devastation," the organization wrote in a letter to Attorney General Eric Holder and Secretary of Education Arne Duncan, attached to the New Orleans complaint.

"By stealth, seizure, and sabotage, these corporate profiteers are closing and privatizing our schools, keeping public education for children of color, not only separate, not only unequal, but increasingly not public at all," they said. 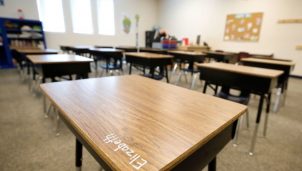