A recently released research brief reveals that trends in marriage by economic classes have sharply diverged, a marked change from just 40 to 50 years ago.

The brief, authored by Bradford Wilcox and Wendy Wang of the Institute for Family Studies, addresses marriage differences across American class divisions. The report considers three groups: the poor, defined as those with an adjusted family income below the 20th percentile or who are high school dropouts; the working class, who are between the 20th and 50th income percentiles or have anywhere from a high school degree to some college; and the "middle and upper class," who have a college degree or an income greater than the 50th percentile.

While poor and working-class Americans are less likely to be married or otherwise involved, they also have more children on average than their middle- and upper-class peers. Poor women have approximately 2.4 children on average; working-class women, 1.8; and middle- and upper-class women, 1.7. Poor women not only have more children, but also start childbearing earlier.

This means a high out-of-wedlock birthrate: the children of poor women are five times more likely to be born to unmarried parents than those of the middle and upper class. (The brief notes that "a majority of babies born to working class mothers are born in wedlock," implying that working-class parents still tie marriage to childrearing.)

What all of this adds up to are notably worse outcomes for poor and working-class men, women and children as compared against their middle- and upper-class peers.

"The fact that there is this class divide in marriage tends to reinforce the social and economic divides that people are talking a lot about over the last decade or so," Wilcox told the Free Beacon.

He noted that the married outcompete the unmarried or divorced on a number of levels. They generally have more assets, and married men make more money than their counterparts (they also live longer). Married people report being happier and less depressed than their unmarried or divorced peers. Marriage also improves outcomes for children, Wilcox said.

Marriage also contributes to economic mobility, as low-income children who live in areas with two-parent families do better than their peers who don't. Poor kids are, "much less likely to realize the American dream when their communities are filled with single-parent families," Wilcox said.

Class marriage patterns have diverged sharply in the past 50 years. As recently as the 1970s, "there were virtually no class divides in the share of adults married, and a majority of adults across the class spectrum were married," the brief notes. Now, the class disparity for millennials is pronounced: 61 percent of poor millennials have a child before they get married, while 51 percent of middle- and upper-class Americans get married before they have a baby (working class millennials are about split: 34 percent are marriage first and 44 percent baby first).

Attempting to account for this divergence, Wilcox and Wang cite "a series of interlocking economic, policy, civic, and cultural changes since the 1960s in America combined to create a perfect family storm for poor and working-class Americans."

Among these are deindustrialization, which pushed many poor and working-class men into un- or underemployment, rendering them less marriageable. But marriage trends do not seem exclusively determined by economics: marriage rates remained steady through the Great Depression, but declined even during the relatively affluent 1990s. Wilcox and Wang also cite "the counterculture, sexual revolution, and rise of expressive individualism," which "undercut the norms, values, and virtues that sustain strong and stable marriage and families."

That decline had an outsized impact on poor and working-class Americans, who both had fewer material pressures—like shared homeownership—to remain in and pursue marriages, and lacked access to cultural and educational resources needed to navigate an increasingly deinstitutionalized romantic arena.

The marriage gap in American class is also a function of policy decisions—Wilcox and Wang point to no-fault divorce, the ending of man-in-the-house rules (which denied a family welfare payments if a man was resident in the home, even if he was not the father of the resident children), and a substantially expanded welfare state, including programs which actively penalize marriage. One survey found that 31 percent of Americans personally know someone who chose not to marry so as not to lose a means-tested benefit.

Wilcox is quick to disclaim that "marriage is not a silver bullet." However, he insists stable marriage is significantly advantageous to men, women, and children—implying that the economic disparity in marriage trends has serious implications for Americans' future well being. 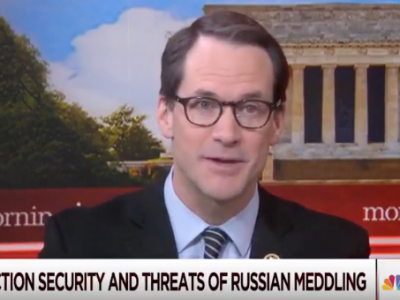 Himes: Fellow Democrat Jokes About How Her Constituents Don’t Care About Russia 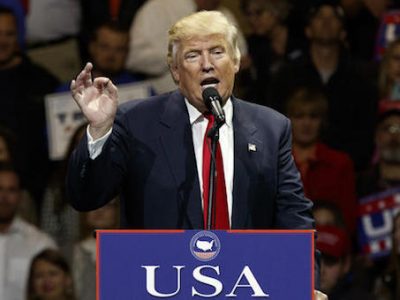 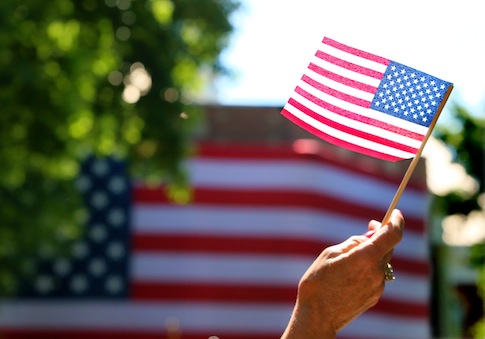 Report: Middle Class is Falling in Majority of Cities Across U.S.

Vilsack: Clinton ‘Never Left The Middle Class’ … In Terms of Her Values

Earnest: Obama ‘Will Continue to Aggressively Use His Executive Authority’ Regardless of Election Outcome

Biden: ‘The Middle Class Has Been Left Behind’