Update: The pictures can no longer be accessed through Facebook. Screen captures can be found below.

The Democratic Party’s newly appointed Jewish outreach liaison is pictured on Facebook in a series of provocative photos with her friends holding dollar bills and referring to themselves as "Jewbags" and the "Jew cash money team."

Dani Gilbert, who has been a staffer in the office of Rep. Debbie Wasserman Schultz (D., Fla.), was recently appointed as the Democratic National Committee’s Jewish outreach liaison, according to her Twitter feed.

In one photo, Gilbert is seen kissing paper currency of undetermined denomination. The caption at the bottom of the photo reads "JEWBAGS." A comment left on the posting refers to Gilbert and a coterie of female companions as the "Jew cash money team." Other photos depict Gilbert as a bit of a party girl, including one featuring an assortment of condoms.

Recent juvenile antics on Twitter have led to the firing of several Capitol Hill staffers, who referred to their "idiot boss," Rep. Rick Larsen (D., Wash), on the popular microblog site.

The Democratic National Committee did not return requests for comment.

Update (9:31 p.m.): A senior GOP aide with close ties to the Jewish community emailed the Washington Free Beacon in response to this report.

"A lot of folks on both sides of the aisle know Dani and these photos do not reflect her professionalism," the aide wrote. 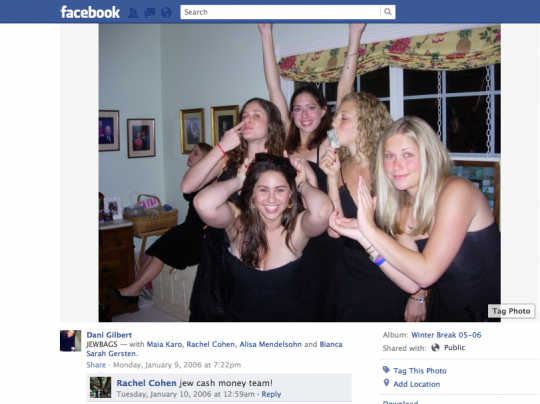 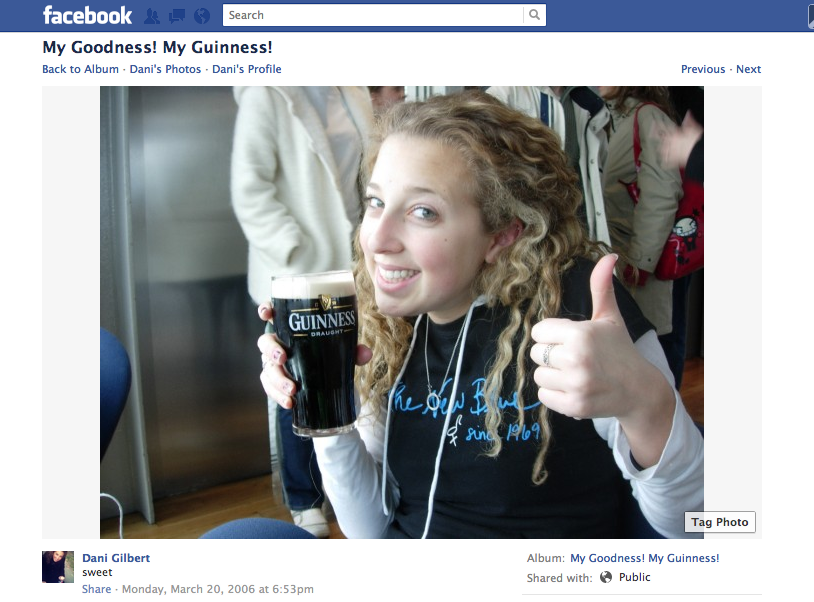 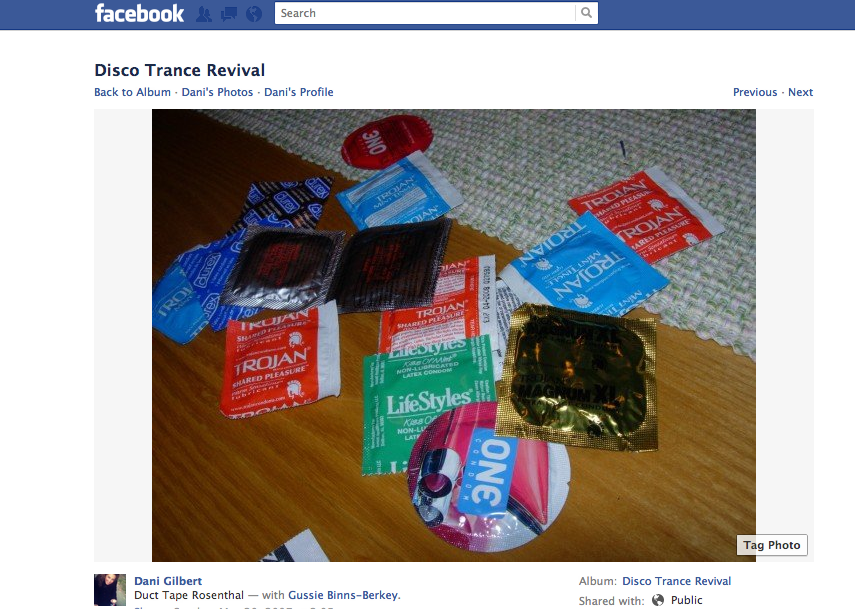 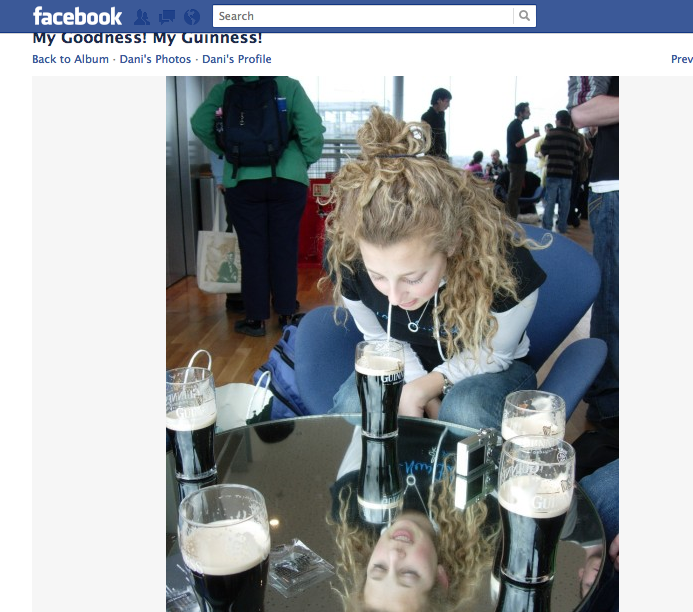