A rally organized by the largest teachers union in Colorado protesting a visit by Education Secretary Betsy DeVos became vulgar as some of the demonstrators held signs depicting a hand giving a middle finger and another sign that said, "Report Card – Betsy DeVos F U."

The Colorado Education Association quickly distanced itself from the signs when contacted by the Washington Free Beacon.

"The CEA did not know of the signs, and we were told after the fact that the signs were up, so we did not know at any time the signs had vulgar language or had—I think there was a sign with a middle finger drawn on it," said Andy Boian, a communications spokesperson for the union. 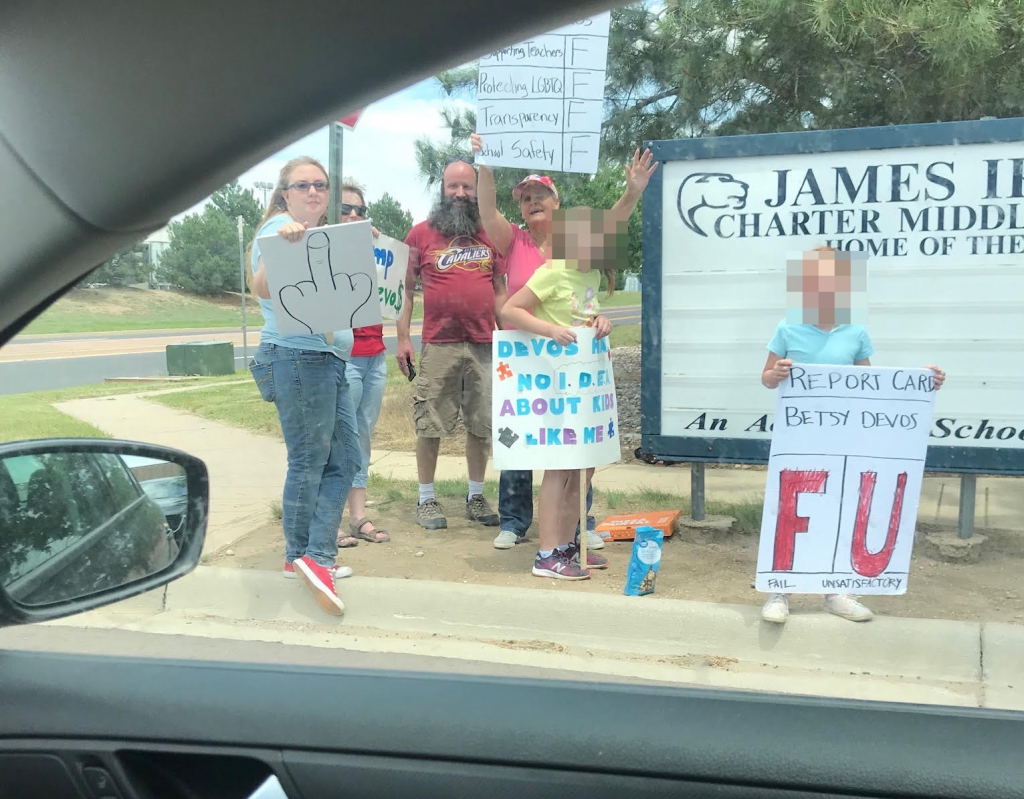 "We don't at all subscribe to that kind of behavior, we don't advocate that behavior," he said. "We do not believe they represent CEA's values, and in no way would we want those signs put up regardless of how we feel about Secretary DeVos or her policies."

The drawing of the hand with the obscene gesture had no other writing or display on it, leaving that message to stand alone.

The other sign, held by an underage girl, tried to ameliorate the language somewhat by writing "Fail" under the "F" and "Unsatisfactory" under the "U."

A wider photo of the protest shows the persons with those signs standing close to protest organizers holding a bullhorn. 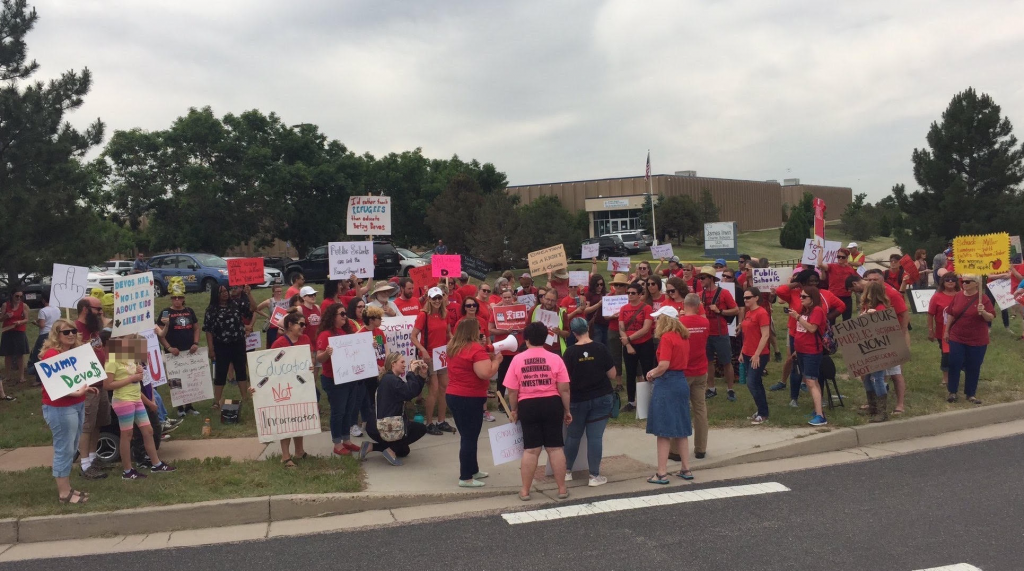 A video of the protest by the Colorado Springs Gazette recorded many in attendance chanting, "Betsy DeVos should go to jail – Kids are not for sale!"

The photos were brought to the Free Beacon's attention by a Republican political operative who also works to promote education reform.

Colorado was home to another national education-related controversy earlier this year when a teacher tweeted shortly after the Covington Catholic controversy erupted on the National Mall, with the teacher declaring one of the students to be a member of the "#HitlerYouth."

The school district in question ultimately dismissed the teacher, Michelle Grissom, with a payout and remuneration for vacation time.

A local paper reported that Grissom sent an apology to the student and his family.

"I would like to formally apologize for tweets I posted on Saturday, 1/20… I have not been able to make statements or comment on the matter, but I need for you to know how repentant I am about what happened," the Highland Ranch Herald reported Grissom as writing. "As an educator, I care deeply for children and would never want to cause harm."

Hickenlooper Ethics Hearing on Private Jet Use Postponed Due to Coronavirus 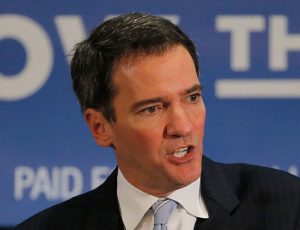