Anti-Jewish incidents continue to spike across the globe

Anti-Semitic, pro-terror graffiti continues to plague an affluent neighborhood in Washington, D.C., causing worry among some residents as anti-Jewish incidents continue to spike across the globe.

A swastika with the words, "F***ing D.C. cops" was spotted this week along 19th and N Streets NW in the Dupont Circle neighborhood in downtown D.C., according to residents and photographs obtained by the Washington Free Beacon. 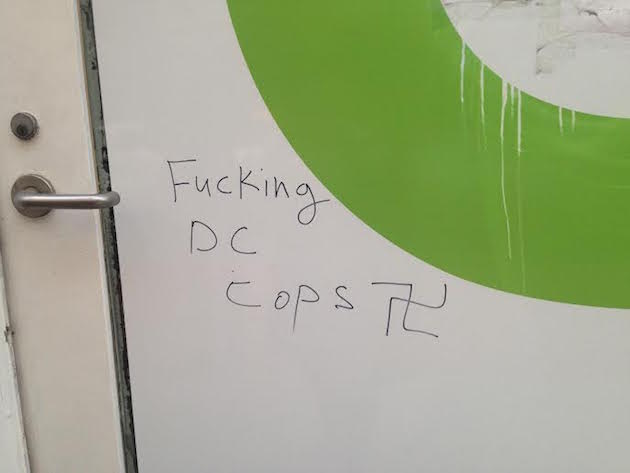 The anti-Semitic image is the latest in a months-long string of similar drawings spray painted on sidewalks and buildings in the Dupont Circle area.

The unknown vandals have repeatedly gone after Jews and have expressed support for the Islamic State, according to a number of photos obtained by the Free Beacon as investigated over several months.

The anti-Semitic, pro-terror graffiti has caused discomfort among some Jewish residents, who have been on high alert following a sharp uptick in anti-Jewish violence both locally and abroad.

"Symbols are the first indicators that the problem of virulent anti-Semitism within radical Islam is coming to our shores and we should not delude ourselves into believing that America is immune from what Europe has been confronted with recently," said Sarah Stern, founder and president of D.C.-based pro-Israel group Endowment for Middle East Truth.

The graffiti was first spotted late last year and has continued to appear in similar locations around D.C. The anti-Semitic images coincide with a five-month series of threats against a Jewish-owned D.C. business by individuals claiming to be affiliated with IS (also known as ISIS or ISIL).

Residents said the images first appeared in August and spread. Some included Jewish stars accompanied by the words "Allahu Akbar" written in Arabic. 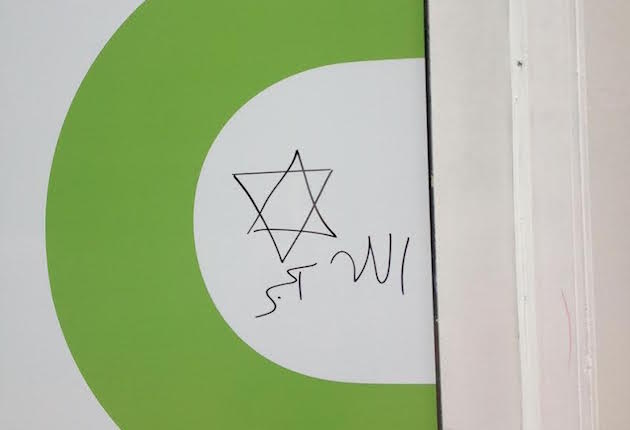 Local officials with the Jewish Federation of Greater Washington and the D.C. police were informed about the graffiti, according to those familiar with the situation.

Local FBI officials have also been investigating the events.

Graffiti containing the Star of David and the words "Allahu Akbar" have shown up around 19th and M Streets NW in Dupont, according to photographs and those monitoring the situation.

After being washed away in September, the same graffiti continued to appear in the exact location, sometimes within 24 hours of being cleaned up, sources said.

Another Star of David was spotted in September on a One Way sign, also with the words "Allahu Akbar" written underneath it. 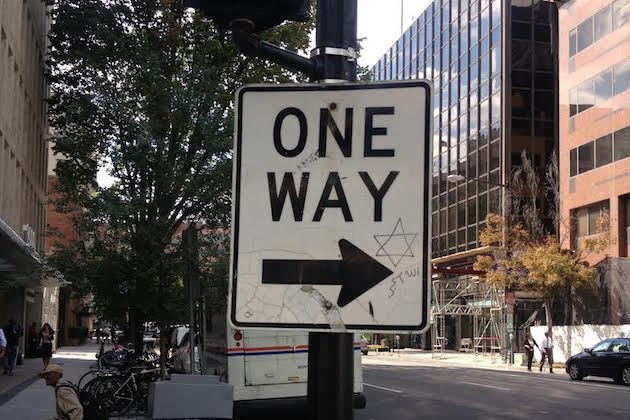 Pro-IS scrawling also appeared around 21st and P Streets NW in late September along with the words "Allahu Akbar," according to photographs.

The Arabic read, "Bashar of the Arabs, May Allah be with you/Allah is with you. Oh Bashar, you shall remain the Lion of Arabness. The symbol of Arab Syria. And you shall defeat the revolutionaries. Allahu Akbar." 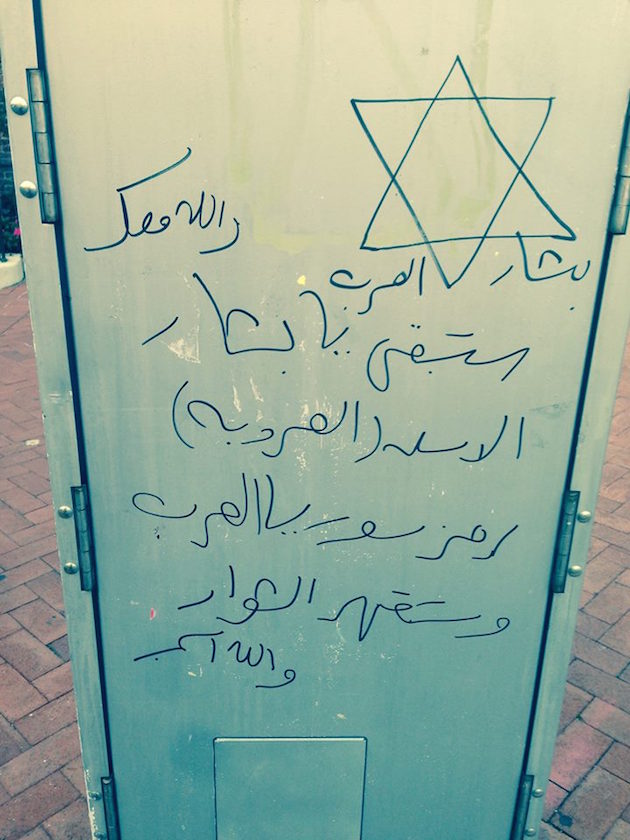 Also in October, a swastika was spotted in Dupont along with a profanity-laced but mostly unintelligible message. 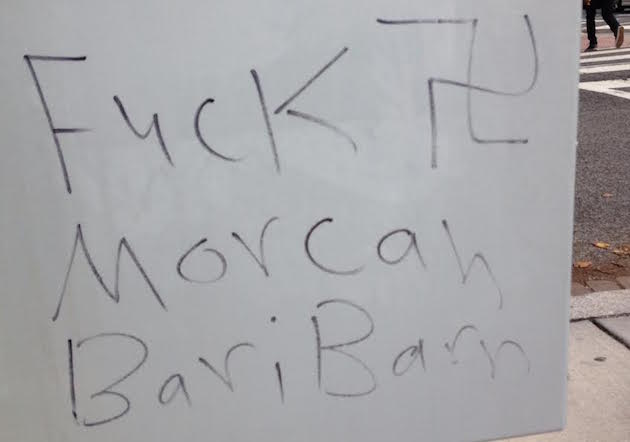 Swatikas also began appearing on Virginia vehicles in December, when authorities in the state's Loundoun County launched an investigation into the incidents as a possible hate crime.

One D.C.-area resident who asked not to be named for safety reasons said the recurring anti-Semitic images are causing concern.

"I am deeply concerned about the anti-Semitic graffiti showing up around D.C.," the resident said. "First it was Jewish stars, then it said Allahu Akbar in Arabic, then it was pro-ISIS."

"This happened in a matter of a few weeks," the resident said. "We know from history if you let the little things slide it can lead to serious destruction. Pro-ISIS graffiti in the USA is unacceptable on every level and anti-Semitic graffiti should be abhorrent to every citizen."

Both the D.C. police and local FBI are investigating the matter, according to officials.

"We are aware of the graffiti and the photos of it appearing on social media sites," said a spokesman for the FBI’s Washington Field Office, declining to elaborate further. "We urge anyone who sees suspicious activity to report it to the local authorities or to the FBI."

The spokesman said the investigation is ongoing and that the department is coordinating with the FBI and the D.C. Department of Public Works.

"[Metropolitan Police Department] continues to receive tips and other information regarding graffiti of suspicious origins, or that could be hate-related," said a spokesman for D.C. MPD. "We appreciate the continued support of the community in bringing these incidents to our attention. Our Intelligence Unit continues to track these incidents, and our collaborative effort with DPW regarding abatement is on-going."