A pro-Biden group attacked Nikki Haley on Twitter and implied that America is racist because the former ambassador uses the name "Nikki."

"If America isn’t racist, why did Nimrata Haley feel compelled to change her name to 'Nikki'? Maybe just the Republican Party is?" South Asians for Biden tweeted Monday night. 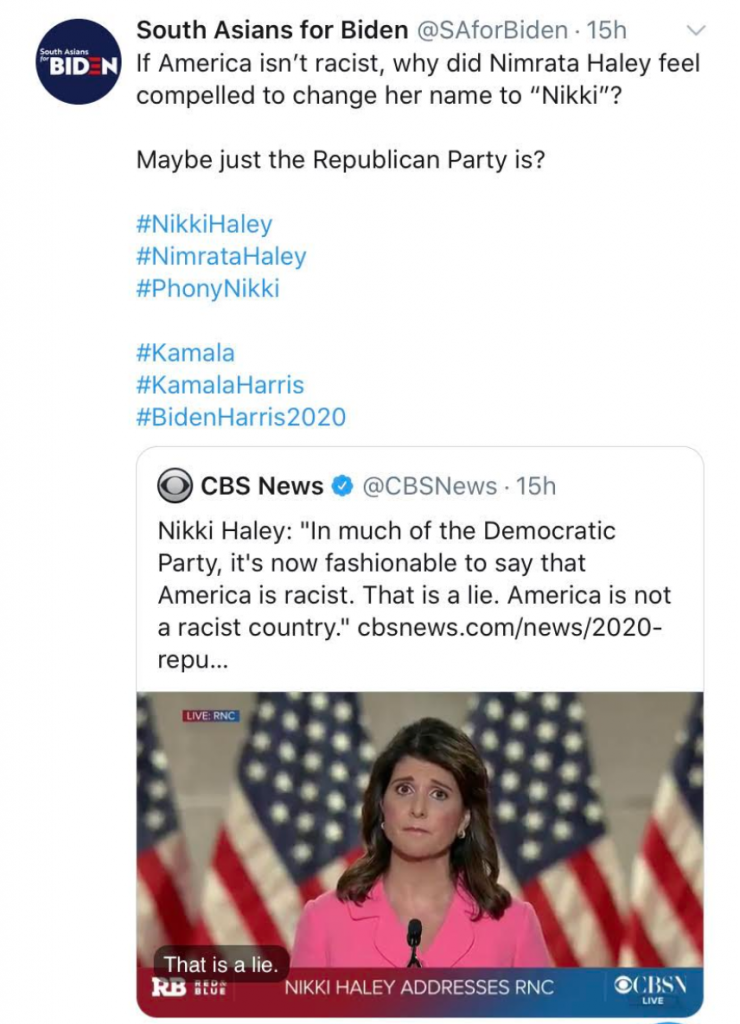 But "Nikki" is Nimrata Nikki Randhawa Haley’s middle name and it means "little one" in Punjabi. She dropped "Randhawa" upon entering politics because, as she told the Charlotte Observer, "it didn’t fit in a yard sign."

The account deleted the original tweet Tuesday afternoon, and said it regretted "the tone of the message" but did not apologize for the misstep.

"Upon further reflection, an earlier tweet drawing attention to the name of Ambassador Nikki Haley has been removed," the account tweeted. "South Asians for Biden regrets the tone of the message. We will continue to focus on the very real issues facing South Asian voters this election."

Haley has repeatedly faced attacks for her name. Following a string of attacks from Twitter trolls in 2018, Haley explained the origin of her name in a tweet: "Nikki is my name on my birth certificate. I married a Haley. I was born Nimarata Nikki Randhawa and married Michael Haley."