DECATUR, Ga.—Georgia Democratic Senate hopeful Jon Ossoff said Paycheck Protection Program funds were "raided by larger companies" without mentioning that his wealthy father's company received as much as $1 million through the program.

"[Republicans] don't care about small businesses. And as we saw, the PPP funds were raided by larger companies," Ossoff said during a Wednesday-morning campaign event in Decatur.

The Democrat said nothing about his father Richard Ossoff's involvement in the program. The elder Ossoff's Atlanta-based company, Strafford Publications, received between $350,000 and $1 million from the PPP on June 9. The company—which collects an estimated $28 million in annual revenue—has amassed Ossoff's father a sizable fortune that allowed him to purchase a private plane in 2014.

Ossoff's father has been a major driver of the Georgia Democrat's political career, contributing more than $17,000 to his son's campaigns since 2017 and nearly $150,000 to other federal Democrats since 2002. Ossoff's father also footed the bill for his son's Washington, D.C., residence while Ossoff worked as a congressional aide to Rep. Hank Johnson (D., Ga.), and Ossoff used a large family inheritance to purchase control of his foreign film company in 2013.

Ossoff on Wednesday also noted that the PPP's reauthorization has been "blocked since late summer," saying that securing a second round of small business loans through the program "goes back to who has power." In October, however, Senate Democrats shot down a standalone measure allocating $258 billion in PPP funds, as the proposal did not include larger economic relief. Senate Minority Leader Chuck Schumer (D., N.Y.) called the measure a "political stunt," sparking criticism from Senate Majority Leader Mitch McConnell (D., Ky.).

"The Democratic leaders have spent months holding out for a long far-left wish list of non-COVID related priorities and restricting additional aid until they get it," McConnell said. "There's no reason the second round of the Paycheck Protection Program should wait another single day."

Ossoff is running to unseat Republican Sen. David Perdue in Georgia's January 5 runoff. The Democrat on Wednesday criticized Perdue for having "no sense of what ordinary people are going through" but did not discuss his family's wealth and its impact on his political career. Perdue has labeled Ossoff a "trust fund socialist who lives off his family's money." 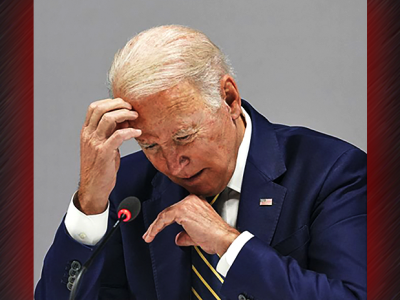