Recent political developments in his home state of Rhode Island suggest that Sen. Sheldon Whitehouse (D.) could face increasing pressure to resign in shame over his ties to a racist beach club.

Rhode Island state senator Kendra Anderson on Tuesday announced she would not seek reelection, instead endorsing a 23-year-old Black Lives Matter activist to take her place. The 64-year-old Democrat explained that her endorsement of Harrison Tuttle, executive director of the Black Lives Matter RI PAC, was motivated by her belief that "the people most impacted by the systems of structural oppression should be empowered to create new systems that work for everybody."

Several months before announcing his candidacy, Tuttle was quoted in a June 2021 local news report denouncing Whitehouse for refusing to pressure Bailey's Beach Club, an exclusive Newport establishment under fire for promoting white supremacy, to diversify its membership. "After a year of protests calling for change, Sen. Whitehouse is in a position to make it happen and has passed the buck," Tuttle said. "It's past time that Sen. Whitehouse used his platform and make his actions match his rhetoric. Sen. Whitehouse should publicly and vigorously support increased diversity and accessibility and clubs like his, which have long held shut their doors to people of color."

Whitehouse has repeatedly defended his ties to the racist beach club while refusing to use his position of influence to push for change. "I think the people who are running the place are still working on that, and I'm sorry it hasn't happened yet," he said in 2021 when asked whether the club had any non-white members. A Washington Free Beacon analysis determined that, based on the racial composition of Whitehouse's staff, the senator is disturbingly reluctant to associate himself with non-white individuals. Whitehouse, who is up for reelection in 2024, could face additional pressure from activists to follow Anderson's lead by resigning and endorsing a Black Lives Matter activist to take his place.

Anderson is merely the most recent Democratic politician of a certain demographic—white baby boomers—to cite the need for diversity, equity, and inclusion in her decision to end her campaign. Matthew Dowd, the 60-year-old former ABC News pundit who has described himself as having "the soul of a prophet," ended his candidacy for lieutenant governor of Texas in December because he did "not want to be the one who stands in the way of the greater diversity we need in politics." The move was widely viewed as a rebuke of Beto O'Rourke, the 49-year-old Woodberry Forest School graduate who recently won the state's Democratic gubernatorial primary. O'Rourke is attempting to achieve a rare trifecta of political failure by losing successive campaigns for senator, president, and governor. 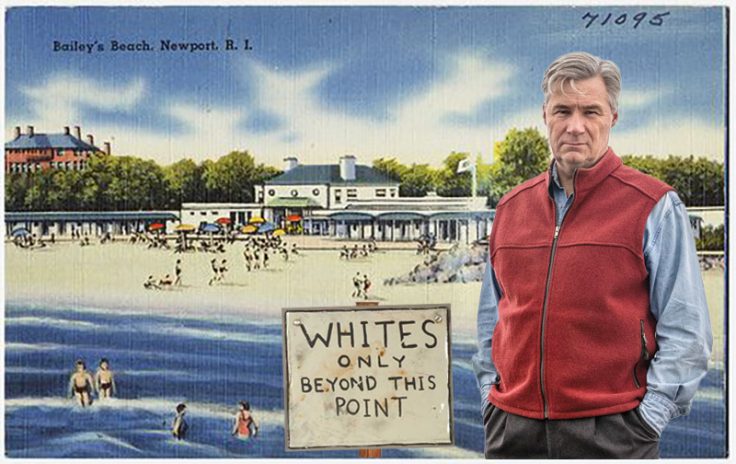