Senator under fire for shunning racial diversity in his personal life

Sen. Sheldon Whitehouse (D., R.I.), an alleged champion of racial justice, has come under fire for his ties to Bailey's Beach Club, an exclusive Newport beach club whose members are overwhelmingly white. For whatever reason, the senator prefers to surround himself with members of the white race. Bailey's Beach Club is merely one example.

According to a Washington Free Beacon analysis, the senior staff in Whitehouse's Senate office is overwhelmingly white, much like the membership at Bailey's Beach Club, as well as the senator's Newport sailing club that, by his own admission, suffers from a "lack of diversity."

Using publicly available information, the Free Beacon confirmed that the following senior positions in Whitehouse's office are held by whites:

They are pictured below. Goodstein (photo unavailable) is not, but two sources with knowledge of his racial background confirmed he is white. (Top row, left to right: Karetny, Allen, RuBoss, Caruolo, Dudis; Bottom row: Davidson, Seigle, McCabe, Baldassarre.) 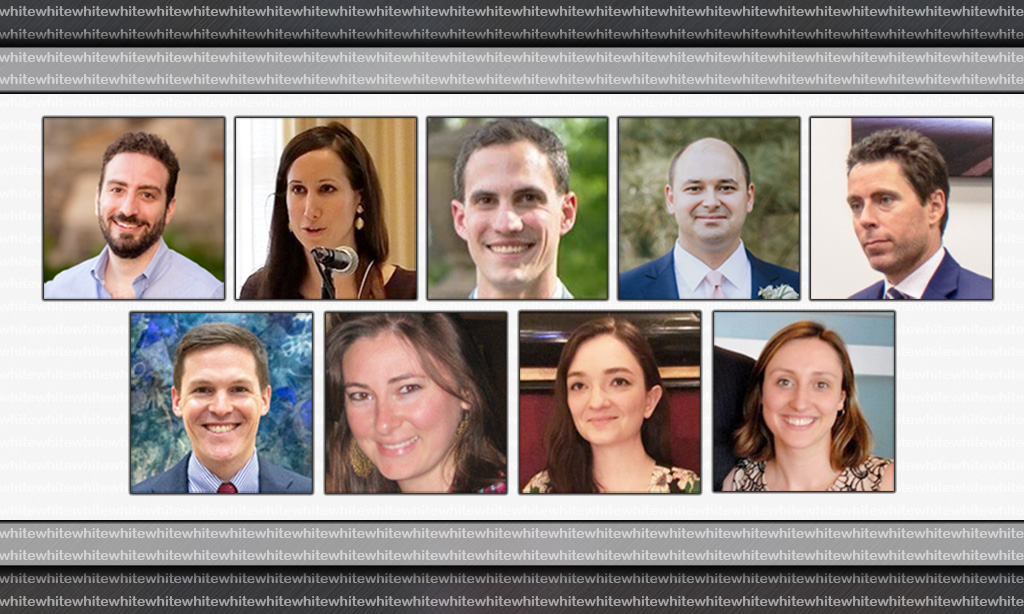 Of the 21 Whitehouse staffers listed on Legistorm, an online database of congressional staff members, at least 15 are white. One of his only minority employees, researcher Matt Jackson, is half black. He is the son of Amy Berman Jackson, a federal judge who serves on the U.S. District Court in Washington, D.C.

The senator has struggled to justify his affiliation with the overwhelmingly white Bailey's Beach Club, described in a 2003 New York Times article as a place where "the ruling class keeps its guard up." Whitehouse is technically no longer a member of the club. In 2010, he transferred his ownership shares to his wife, Sandra Thornton, making her one of the largest shareholders in the exclusive club.

Whitehouse released a statement on Wednesday in response to mounting criticism of his ties to the club. "There have been calls for me to resign from the club, which I understand," he said. "However, I have no membership to resign, nor will I ask my wife or any other family members to do so."

Perhaps in an effort to preempt a forthcoming story, Whitehouse went on to acknowledge his membership in a Newport sailing club that similarly lacks diversity. "Failing to address the sailing club's lack of diversity is squarely on me, and something for which I am sorry," he said.

Whitehouse's office did not return a request for comment about why the senator has failed to promote diversity among his staff, especially in light of his claim to have "worked relentlessly toward bringing greater equality of opportunity and outcome to all Americans." His own office, it would seem, is the place where Whitehouse has the most power to effect positive change.

The controversy surrounding the senator's ties to Bailey's Beach Club resurfaced last week, when a reporter for the local news website GoLocalProv.com asked Whitehouse for an update on his expressed commitment to push for greater diversity at the club.

"I think the people who are running the place are still working on that, and I'm sorry it hasn't happened yet," Whitehouse said. Racially exclusive institutions were part of "a long tradition in Rhode Island," he added before being escorted away by a (presumably white) staffer.

There is some dispute as to whether the membership at Bailey's is exclusively white. "Jewish, yes … Blacks, not really," was how one lifelong member, speaking to the Times, described the club's diversity in the 2003 article.

A spokesman for Whitehouse told the Free Beacon "the club has no such restrictive policy" and "has had and has members of color." The club itself insisted that "members and their families have included people of many racial, religious, and ethnic backgrounds from around the world."

The Free Beacon reached out to all 50 Democratic senators, as well as the Congressional Black Caucus and the NAACP, for comment on Whitehouse's association with the controversial club. We received only one response, from Whitehouse's office, which alleged that the senator "has dedicated his entire career to promoting equity and protecting civil rights."