A prominent green activist with ties to top Democrats is dodging questions about her alleged mismanagement of a bail fund that cannot account for millions of dollars in contributions.

Tara Houska is the founding president of the Freshet Collective, which she established in Minnesota in 2016 to provide legal assistance for demonstrators arrested at the Dakota Access Pipeline protests. Houska, a lawyer, is a mainstay of Native American and environmental activism who advised Sen. Bernie Sanders's (I., Vt.) 2016 presidential campaign. She is slated to appear at a political event Saturday morning with members of the House's so-called Squad.

Freshet's financial situation is dodgy. The sole federal tax filing available from the group indicates that just a fraction of its assets were put toward its mission in its first year of operations. Five years past its founding, it has yet to register and submit audited financial statements to Minnesota authorities, which is required by state law. Indeed, it is not even clear that Freshet is still operational, making questions about its fiscal housekeeping all the more urgent. One-time collaborators have accused the group of dishonest dealing.

"These guys are dirty. They're raising millions of dollars, but they're not representing the people," said Duke Gomez-Schempp, a radio host and activist who assisted Freshet operations during the Dakota Access Pipeline protests.

According to a Freshet federal tax filing, the organization exists "to raise, manage, and disburse legal defense funds to support individuals arrested for their involvement in direct action as part of liberatory grassroots social movements." They began raising money on the crowdsourcing platform FundRazr in August 2016, promising to cover bail, fines, vehicle impoundment, and attorneys fees for defendants arrested at the pipeline protests.

The collective's FundRazr page shows more than $3 million raised from 54,000 contributors. That tracks the reported $3,037,359 in total revenue that appears on the only Freshet tax filing available to the public, an IRS Form 990.

It's not clear what became of that $2 million. No subsequent 990s are available from the group, nor is it clear if those forms were even filed to the IRS. Freshet posted its last update to FundRazr in June 2017. And its thin digital presence has long since vanished. A Facebook page featuring Freshet hasn't been updated since 2018. And the domain name it once used for its website has since been taken over by a marketing firm with a similar name. Earlier iterations of the website are available via an internet archive.

Any monies Freshet posted for bail are likewise unaccounted for. Bail is returned provided that the defendant makes all required court appearances. According to the 990, the collective gave about $368,000 in grants to individuals—likely its bail spending—and reported another $309,000 in "legal" spending.

A former Freshet collaborator alleges that the collective exaggerated the extent of its operations. Speaking on a local radio program in 2019, Gomez-Schempp said he volunteered for Freshet's jail support program during the Dakota Access protests and assisted several dozen defendants.

"They were instructed [to] get a public defender," Gomez-Schempp said. "They weren't paying legal bills of anybody."

According to data kept by the Water Protector Legal Collective, a Freshet ally, there were 837 criminal cases related to the demonstrations. Just 68 cases went to trial. Of those, 26 ended in conviction and 42 ended in acquittal. Another 45 cases are inactive.

Charities raising money in Minnesota are required by state law to file a registration statement with the attorney general. And any charity with more than $750,000 in revenue is required to submit an audited financial statement and a copy of its federal tax return to the attorney general's office on an annual basis.

It appears the Freshet Collective failed to comply with all those requirements. The legally required registration statement does not appear anywhere in the database maintained by the attorney general's office, nor do any of the mandated financial statements appear.

St. Paul-area attorney Nathan Hansen sent a letter about Freshet to the Minnesota attorney general alerting that office to the collective's non-compliance in 2019. Hansen told the Washington Free Beacon that he hasn't spoken with state authorities in any further detail, and a spokesman for Attorney General Keith Ellison declined to answer specific questions about Freshet.

"The Minnesota Attorney General's Office generally does not confirm or deny the existence of confidential investigations prior to public action," spokesman John Stiles told the Free Beacon. "We take complaints of misuse of charitable assets or other violations of the law seriously and investigate them as appropriate."

Much of Houska's current activity relates to the ongoing renovation of Line 3, a crude oil pipeline that connects extraction sites in Canada with refinement facilities in the United States. She is set to appear at an anti-Line 3 event Saturday alongside Democratic congresswomen Ilhan Omar (Minn.), Ayanna Pressley (Mass.), Rashida Tlaib (Mich.), and Cori Bush (Mo.). Earlier this month, Houska compared her anti-Line 3 activism to battle.

15 days ago I was shot by police with rubber bullets, mace, pepper balls paid for by Enbridge. I heard shouts, cries and gasping coughing punctuated by the sound of munitions firing and a huge drill out of a sci-fi movie boring thru the river we were there to protect. #StopLine3 pic.twitter.com/RRm7GlOXYj

Apart from anti-pipeline organizing, Houska is a cofounder of Not Your Mascots, a group opposed to "stereotypical native representations in sports," per its Twitter profile. She is a Native American of the Couchiching First Nation.

Houska did not respond to the Free Beacon‘s inquiries.

A Left-Wing Bail Fund Hasn’t Accounted for Millions in Donations. Its Democratic Allies Have Nothing To Say. 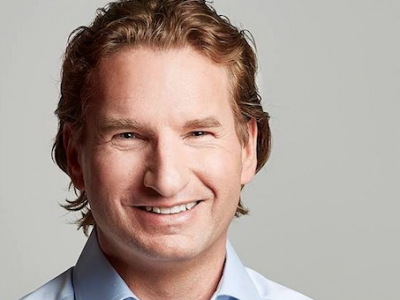 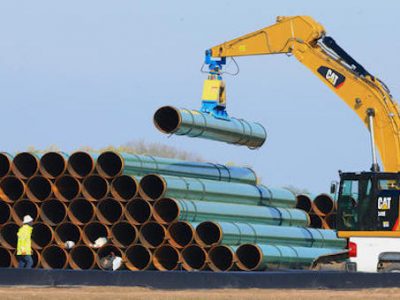 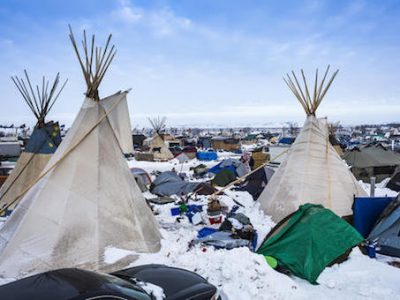 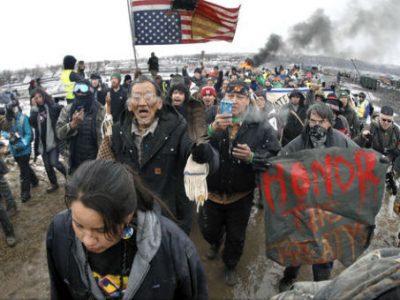