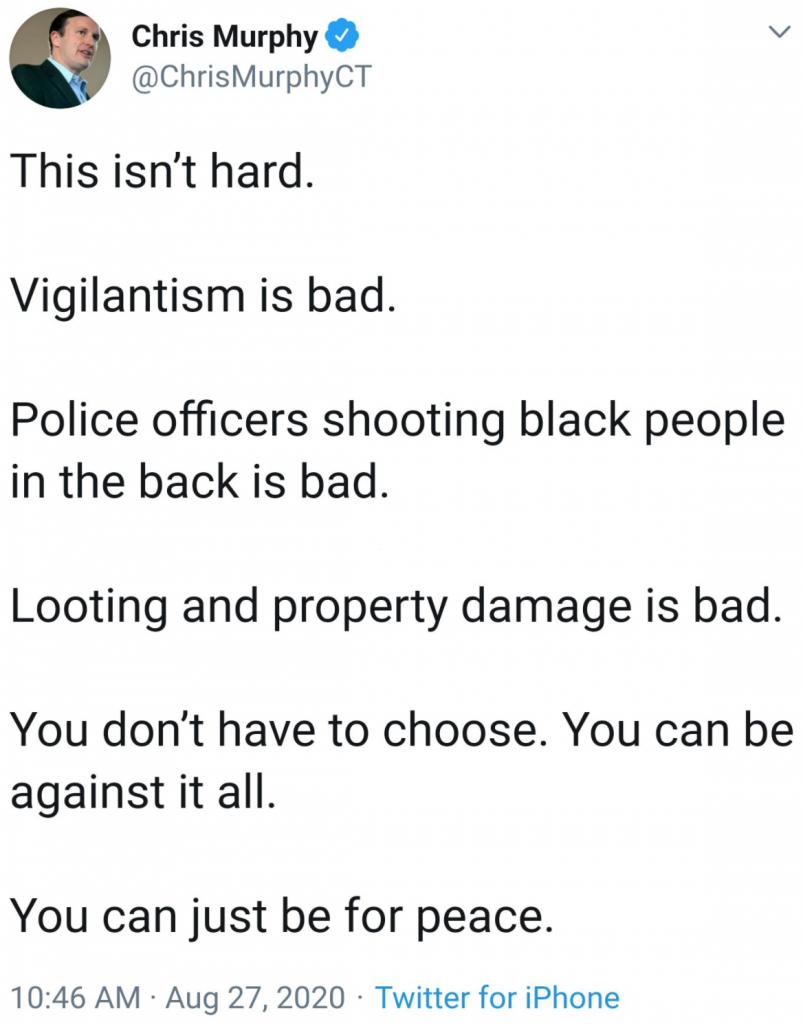 "This isn't hard," Murphy tweeted. "Vigilantism is bad. Police officers shooting people in the back is bad. Looting and property damage is bad. You don’t have to choose. You can be against it all."

Murphy deleted the tweet hours later, saying it had suggested property damage was equivalent to murder. He did not release any other statements condemning unrest and violence.

Democrats have taken different approaches to the riots and looting that have plagued many major cities this summer while vocalizing support for racial justice protesters. Though some have openly opposed the violence, others, including Reps. Alexandria Ocasio-Cortez (D., N.Y.) and Ayanna Pressley (D., Mass.), have attributed the looting to insufficient unemployment benefits and called for further unrest.

A crime wave swept the country this summer alongside widespread anti-police riots, which began in May and continue to grip some cities like Portland, Chicago, Seattle, and most recently Kenosha, Wisconsin. The Washington Free Beacon reported last month that nearly three-quarters of America’s biggest cities have experienced a spike in homicides this year compared with 2019. 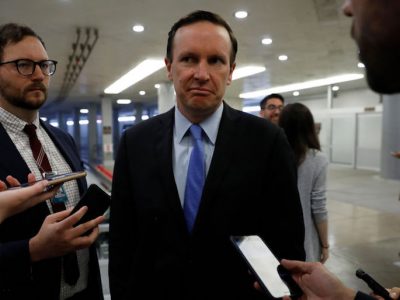 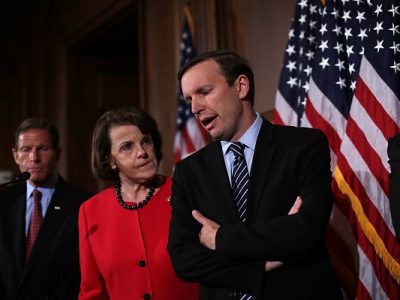