Positive Coaching Alliance charges up to $10,000 for diversity and inclusion training

Little League baseball coaches in Alexandria, Virginia, will be required to take a diversity, equity, and inclusion course this month.

In an email to coaches on Thursday, Alexandria Little League board president Sherry Reilly announced the league's partnership with the Positive Coaching Alliance. All Little League coaches and board members were asked to cancel practices in order to attend the Sports Can Battle Racism workshop on May 24.

Virginia school districts have mandated similar training for their teachers. Arlington County schools required teachers to participate in an equity training program in which they were taught how to create an "actively antiracist learning environment." Loudoun County schools spent hundreds of thousands of dollars on teacher training sessions based on critical race theory—the idea that American institutions are inherently racist.

A Sports Can Battle Racism workshop document for coaches includes six core themes, from "Create a Caring Climate" to "Model Anti-Racist Behavior." Coaches are encouraged to teach themselves to perceive their own "internalized racism" and look for "potential institutional racism" in the community. Coaches are also asked to "be on the lookout" for moments that they can use as "anti-racism learning opportunities."

Casey Miller, a spokeswoman for the Positive Coaching Alliance, told the Washington Free Beacon that costs for training sessions vary from $1,000 to $10,000. Reilly did not respond to the Free Beacon‘s request for comment on how much the Alexandria Little League spent on the year-long partnership or the coaches' training.

Positive Coaching Alliance is dedicated to making each person feel "a part of the we," Miller said.

"We want kids to have a positive youth character building experience, and resources and training that empower youth coaches and parents," Miller told the Free Beacon. "How we define culture is based on how we dive into the ‘we' piece about that statement. What does it mean to be a part of the we? Each person, no matter what background or what they look like, should feel a part of the we."

Alexandria parent Barry Bennett disagrees with Miller's view. "This is Little League, everyone plays in every game," he told the Free Beacon. "This is a bunch of busybodies virtue signaling. Leave ten-year-olds alone."

The Positive Coaching Alliance's online resource library for "overcoming racism in sports" mirrors the "antiracist" and critical theory-based training in nearby public schools.

One resource, geared toward high school student athletes, is a definition guide with more than 30 entries, such as "cultural appropriation," "systemic racism," and "intersectionality." The guide links equality with "meritocracy" and includes an addendum that asks "whether equality is enough" and if "equity is a more important principle."

Gender "transcend[s] biology," according to the guide, and is "very complex since people can identify in diverse ways." It notes that Facebook offers more than 70 gender options.

The alliance also offers a quiz that allows high school athletes to assess their "privilege." Being a child of a parent or guardian with a college degree is one example of privilege. Athletes and coaches can also use the website's "identity wheel," which includes sections on sex, sexual preference, race, and religion, to "increase awareness of how privilege operates to normalize some identities over others."

The Positive Coaching Alliance launched its Sports Can Battle Racism training in June 2020 in response to racial and civil unrest that swept the country following the death of George Floyd, Miller told the Free Beacon. The initial sessions were offered for coaches, and this spring the organization released further tools—including the identity wheel and the definitions—for high school-age student athletes.

The organization is working to create Sports Can Battle Racism materials for younger athletes.

The training, which will be conducted over Zoom, comes during one of the last weeks of Alexandria Little League's spring season, which ends the first week of June. 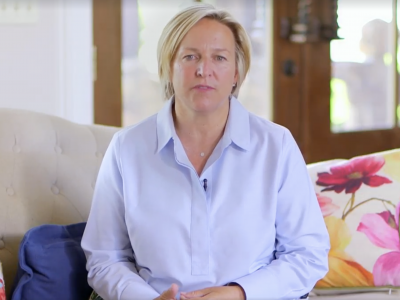