Virginia's Arlington County public school district required teachers to undergo an equity training program on Columbus Day—a day they were supposed to have off.

According to emails and videos obtained by the Washington Free Beacon, the mandatory session coached over 4,300 staff members on how to become "equity influencers." Paul Gorski, the consultant whose Equity Literacy Institute ran the training, asserted without evidence that black students constantly hear the "n-word" in schools across the Northeastern United States. The hour-and-a-half program gave such further examples of "inequities" as yearbooks, which Gorski said are easier for rich families to afford.

Teachers also had the option of attending additional sessions throughout the day. One seminar, "Engaging Colleagues in Equity Learning Using Case Studies," encouraged teachers to use anecdotal evidence instead of data when making arguments. Another, "A Deep Dive on Racial Equity," was presented by a white woman and taught teachers how to cultivate an "actively antiracist learning environment."

Other school districts in the Washington, D.C., suburbs have also reallocated funds and resources for similar programs. In nearby Loudoun County, public schools have spent $422,500 in taxpayer funds since 2018 on diversity training inspired by critical race theory, which claims racism is inherent to nearly every aspect of American life. The district also considered adopting a speech code that would prohibit teachers from critiquing the school board's racial-equity plan.

Paul Gorski's presentation addressed what he called "experience disparities" in "feelings of belonging [and] bias-free learning environments." These inequities, he said, are just as important as "outcome disparities" in grades, test scores, and graduation rates.

Arlington school district did not respond to requests for comment and did not disclose how much it paid Gorski's Equity Literacy Institute. 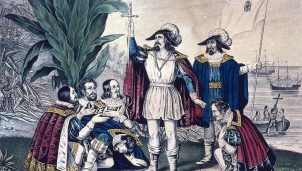 Happy Columbus Day! Honoring an Immigrant Entrepreneur Who Risked It All to Change The World 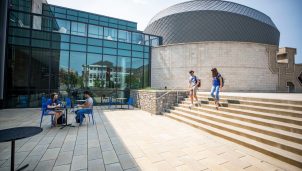