That's the message Wreaths Across America wanted to impart through this weekend's wreath laying event at Arlington National Cemetery. If the thousands of volunteers who gave up their Saturday morning were any indication, the organization was successful.

Caroline Nicholson participated to honor her father and those he served with. "My dad's in the Army, he's overseas right now so he couldn't be here," she said choking back tears. "We're actually going to go and see where members of his brigade was buried."

"They gave their lives for our country and there's no better way to give back than put a wreath on their grave and honor their memory." 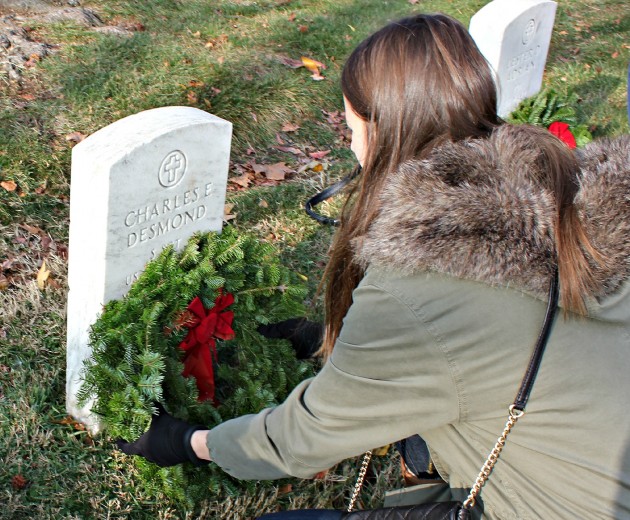 Amy Johnson, Caroline's friend, came to support her. "I'm so grateful for their service," she said. "This is a nice way that I can give back."

Eugene Lau told the Free Beacon he was there to honor a veteran who had helped his family when they first arrived in America. "I had a family friend who passed away a few years ago," he said. "He was an Air Force pilot in World War II. He helped my family out so much when my parents immigrated here."

"He helped my parents out. He helped build that community. And America is my community, so I have to help out."

"It's part of my American duty to help out," Lau said. 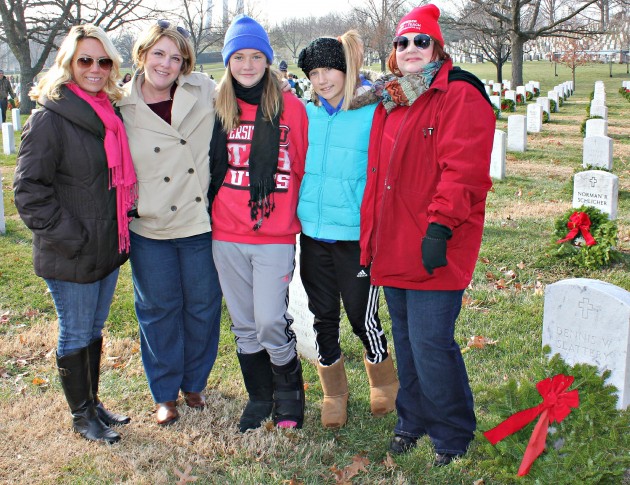 Eleven-year-old Shawna spoke for a group of 10 friends and family volunteering for the second year in a row when she said they were there "to honor the people who served our country." 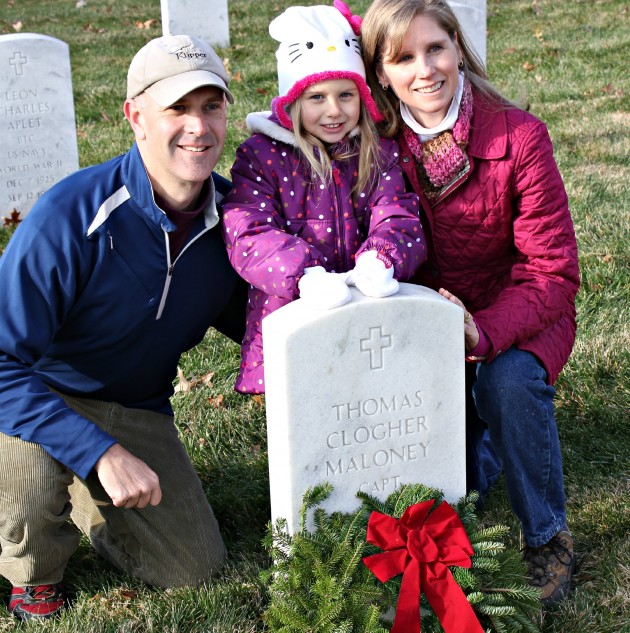 David Maloney and his family were there to visit his father's grave and honor his 30-year career as a Navy submariner. "I just brought my daughter to see my dad," he said. "We'll start here and we'll go and make sure everybody else is treated just the same."

He said he wanted to build a connection between his daughter and her grandfather since he died before she was born. "She never met him, so it's nice to create a connection," Maloney said, "and also teach a little bit of respect and honor." 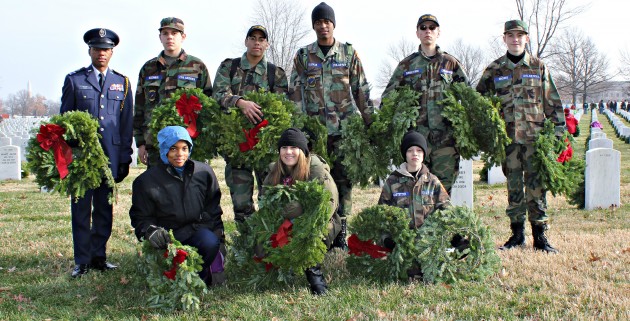 Cadets from the Maryland Civil Air Patrol, a volunteer program for those between the ages of 12 and 20, showed up early to help coordinate communications for the event. "It's Air Force auxiliary so they're kind of like the National Guard," parent and senior member of the Civil Air Patrol, John Peel said. "It's good character building."

The cadets who spoke with the Free Beacon were from the Frederick Composite Squadron and had most recently been involved in recovery efforts after a plane crash in Gaithersburg, Maryland, before helping to lay wreaths at Arlington National Cemetery.

Cadet Second Lieutenant Adrian Bob said he was laying wreaths to "support the troops that have fought for our country."

"It's just my way of paying respect back to them."

"They did so much for us and this is the best we can do," Cadet Senior Airman Joshua Sullivan said. "This is our thank you."

The Civil Air Patrol cadets will be part of a much smaller group that returns on Jan. 24 to help remove the wreaths. 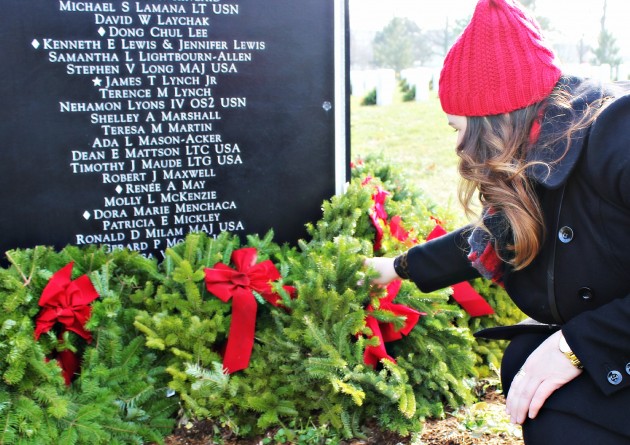 Sarah Rozier said her family's connection to the military brought her out to help lay wreaths. "I had a cousin who was killed in action in Iraq in 2003," she said. "I have a brother who's currently serving in the army."

"It just seemed like a great way to come and honor their service and sacrifice and do a little something to remember those who have given their life for freedom at the holidays." 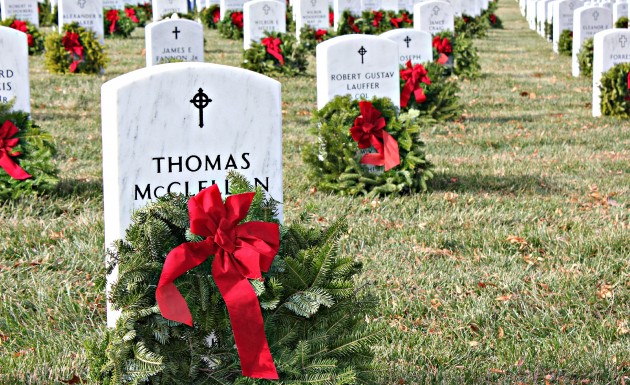