Of all the trends in year-end pieces this December, the most annoying is the one typified by the first sentence of the AV Club's wrap up: "Bad movies were the least of anyone’s problems in 2017." This is true literally every year—no one's most pressing problem has ever been spending $15 on The Emoji Movie—and so fatuously self-congratulatory in our current moment. We get it, you think the United States has devolved into an authoritarian hell-scape where the weak are ground into paste and fed to the Koch Brothers' dogs. This decrease in surplus population and the vile capitalistic use to which it has been put, I presume, helps explain why the unemployment rate is at a 17-year low and the stock market is at an all-time high.

Bad movies were, actually, my biggest problem this year. Or, perhaps more charitably, underwhelming movies. From The Last Jedi to The Shape of Water to Phantom Thread to Call Me By Your Name, much of the year-end, award-season rush simply failed to move the needle. There's nothing quite like carving out a month for movies and shuttling from flick to flick with no reaction more impressive than "Yeah, that was fine, I guess." Ah well. There's always next year.

It wasn't all bad, of course, though much of the good—entertaining sequels like John Wick 2 and Alien: Covenant; visionary misfires like Valerian—has faded from memory. With that in mind, it may make more sense to think of the following not so much as a "best" list than a "most memorable" list. In a world flooded with #content, these are the features that I recall as having truly made an impact. 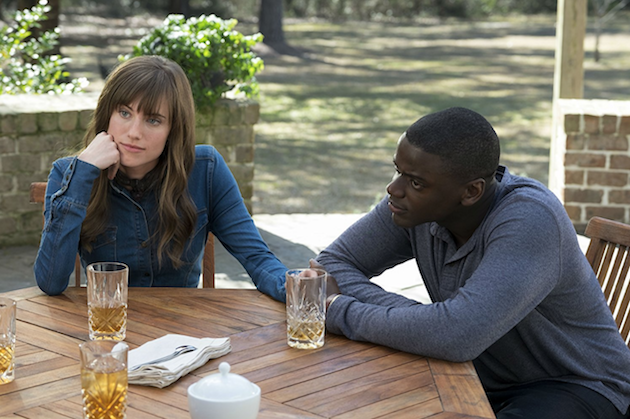 (Split review here; Get Out essay here.) Two low-budget indie horror films from the beginning of 2017 with more verve and nerve than just about anything else this year. The model pioneered by Blumhouse Productions has its drawbacks and its limits—Split ($9 million budget) and Get Out ($4.5 million budget) both occasionally look incredibly cheap; think of the final transformation in Split and the set for the surgery in Get Out—but damn if the studio isn't churning out the most regularly entertaining low-budget flicks around. 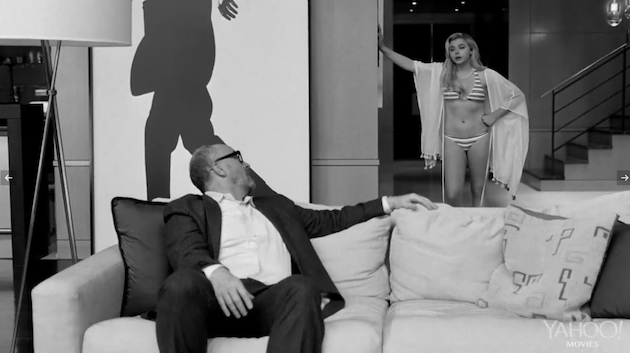 (Thoughts here.) A bit of a cheat, I guess, since the distributor bailed on releasing I Love You, Daddy just days before it was scheduled to hit theaters. They were spooked by a damning exposé of director/star Louis C.K. in the New York Times, highlighting his penchant for yanking his crank in front of women who had no interest in Little Louie. But, really, no movie better captures our #MeToo moment than this one, from its moral obtuseness, to the way it tries to manipulate the public's view of the artists making the movie, to the way it represents the fundamentally icky and transactional nature of showbiz. I defy you to come away from I Love You, Daddy with any impression other than, "Huh, no wonder they all thought they could get away with this."

Plus, it's pretty damn funny. In an uncomfortable sort of way. 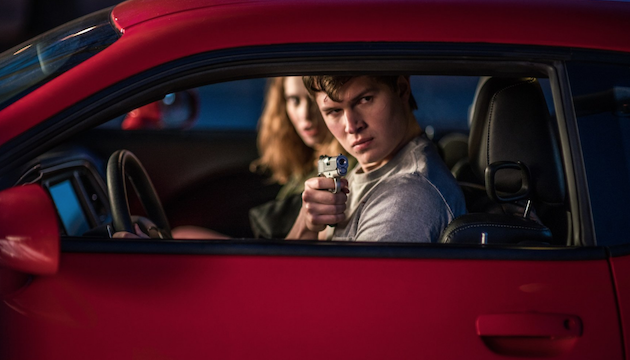 (Review here.) It's an action film viewed through the lens of a musical, or possibly a musical viewed through the lens of an action film. Either way, it's a real delight and one of the few truly inventive and visually interesting mainstream flicks of the year. If the ending hadn't gone on for, like, 15 extra minutes, this would be higher up on my list.

7. First They Killed My Father 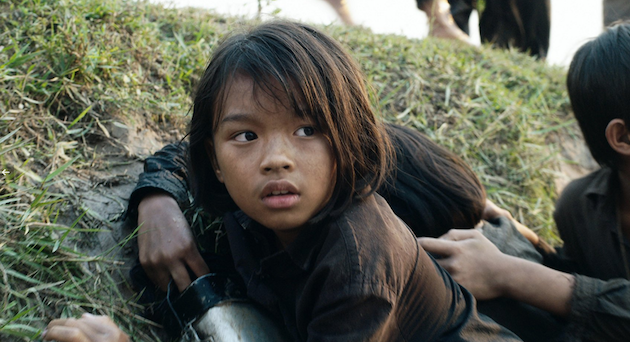 I was wary of Angelina Jolie's film following the journey of one little girl's family through the rise of the Khmer Rouge in Cambodia, in part because her Louie Zamperini biopic Unbroken was so … mediocre. But First They Killed My Father is directed with a sure-handed steadiness, dipping gracefully between realism and dreamlike fantasy, between the brutality of life in a prison camp and the normalcy of life in a time of radical change. 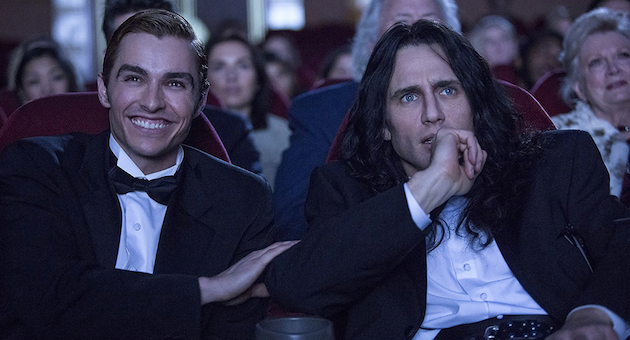 (Review here.) I honestly cannot tell if this is a good movie or just a movie I enjoy watching because of James Franco and his merry band of dummies, but either way it has stuck with me. Franco remains one of our more interesting actors and if he gets a best acting nomination at the Oscars for this it will be entirely deserved. 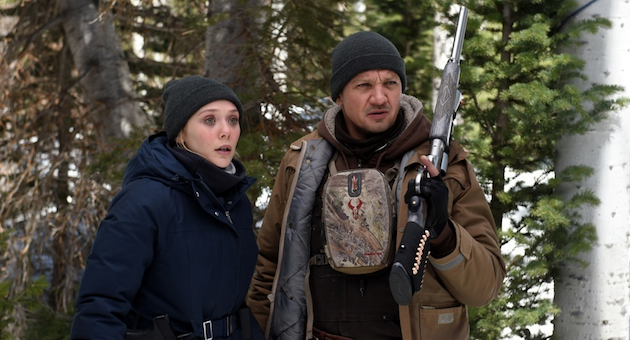 (Review here.) It's a simple and straightforward movie; the uncharitable among us would describe it as an extended episode of CSI. But there's something deeply appealing about writer Taylor Sheridan's overly, almost comically, masculine one-liners. He feels like a throwback to a different era; a better era. Wind River is also a solid reminder that Jon Bernthal makes everything he's in at least 15 percent better. 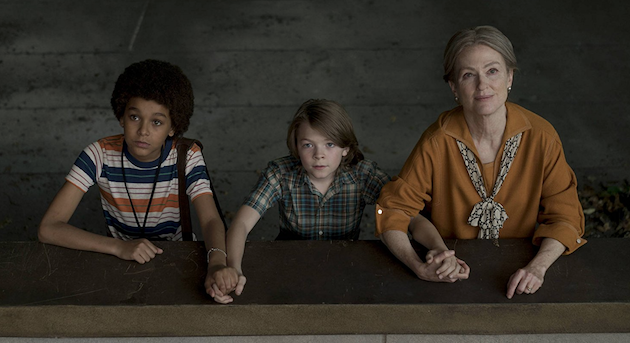 I am not, to put it mildly, a fan of Todd Haynes. But Wonderstruck—which, if I wanted to overly simplify so as to avoid spoiling too much for you, tells the story of a boy trying to find out where he comes from—is a truly delightful feature, one that hops seamlessly back and forth across not only different eras of New York City but also different eras of filmmaking. The soundtrack is wonderful, the performances all lovely. I imagine the plot would fall apart if I picked too hard at it, so I shan't. I'm guessing it'll be on Amazon Prime soon; make sure to check it out when you get a chance. 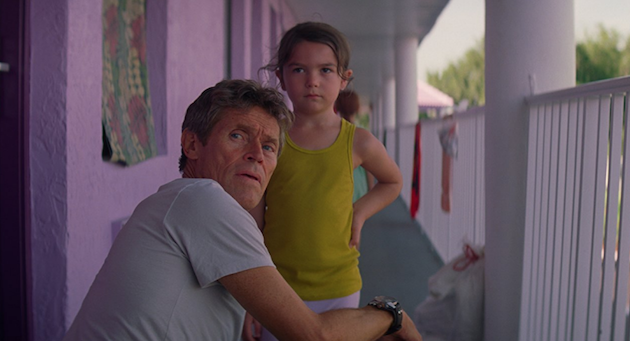 I haven't written at length about The Florida Project because I'm not sure exactly what to say. It is both a heartbreaking portrait of poverty and a reminder that poor personal choices by parents can have disastrous consequences for their kids; one of the saddest, most infuriating scenes of the year comes early on, when the six-year-old Moonee (Brooklynn Prince) screams "Ratchet bitch!" at a woman whose car she has just spit on for no good reason at all. Sad because she can't know any better. Infuriating because we know just whom she learned it from: her no-account mother. And yet, you never doubt the family loves each other, you never question that relationship's core. You simply are struck by the fact that some people are ill-equipped to function in modern society—and worry about the innocents caught in the crossfire. 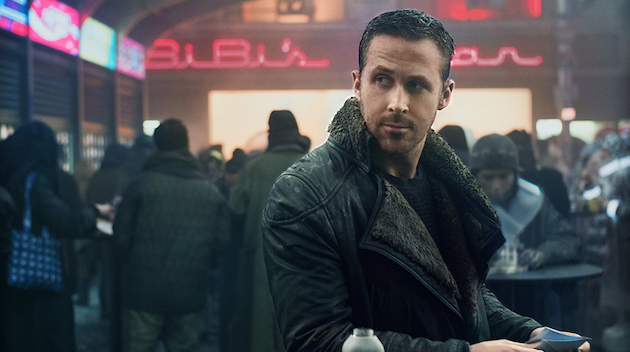 (Review here.) If you're going to make an unnecessary and ill-advised sequel, you might as well do it with the sort of skill apparent in every frame of Blade Runner 2049. Visually stunning and aurally overwhelming, Denis Villeneuve once again demonstrates why he's one of the very few interesting big budget filmmakers working today. 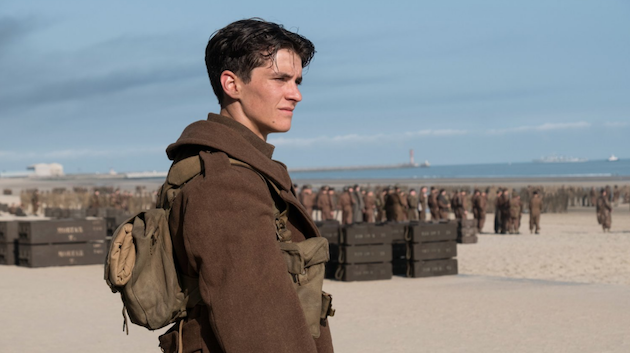 (Review here.) Pure cinema, visual storytelling at its finest, something you have to experience in theaters in order to feel the full weight of it, et cetera, et cetera. It's not Christopher Nolan's best movie but it's certainly the best movie I saw this year, and by a fairly wide margin.