Survey: One in Three Americans Worries About Spending Too Much Time on Phone

Figure has tripled since 2012

A third of Americans have worried that they spend too much time on their phones, a new poll from the Deseret News finds, which is more than three times as many as had those same worries seven years ago.

These results reflect an increasing—and possibly well-placed—anxiety about how the proliferation of readily available screens affects ourselves, our children, and our culture as a whole.

Every year, the Deseret News conducts a poll based on one of the Ten Commandments, testing the relationship between those timeless rules and today's 21st century technology. This year, they opted to survey a nationally representative group of 1,000 adult Americans on a question loosely related to the commandment "thou shalt not covet," wondering specifically how phone use and advertising draws our attention.

In order to establish some comparability over time, the News replicated the language of a 2012 Pew Research Center poll on phone use. Both polls asked respondents if they ever worry about how much time they spend on their phone. The results are quite pronounced: 36 percent are concerned about overuse, compared to 11 percent in 2012.

The 2019 survey also captures significant generational and/or age disparities in concern about phone use. Just 10 percent of those over 65 worry that they use their phone too much, compared to half of those under 30. 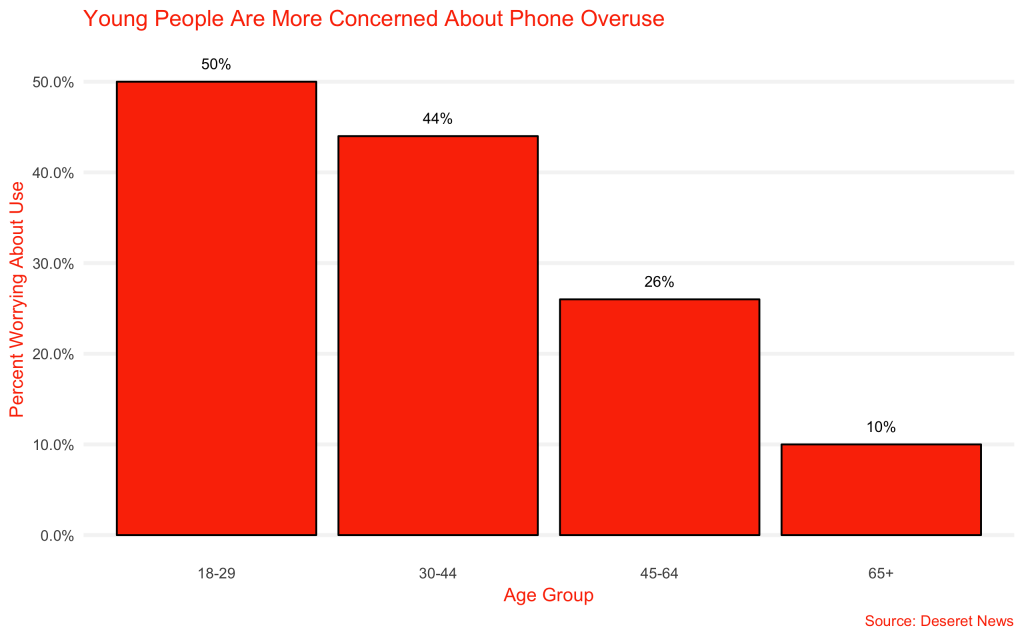 These disparities—between years and between ages—show just how widespread phone use has become in a surprisingly short period of time. According to the Pew Research Center, the share of Americans who own any cellphone rose from 87 percent to 95 percent between 2012 and 2018. More pronouncedly, just 39 percent of Americans owned a smartphone in 2012, compared to 77 percent in 2018. Ninety-four percent of under-30s under a smartphone in 2018, compared to 46 percent of those over 65.

The effects of this rapid increase in screen usage are not well-understood. A debate has raged among academics and public commentators as to whether or not smartphones are negatively affecting the emotional and mental wellbeing of American kids. But less column space has been devoted to the effects expanding phone usage has on adults.

There are exceptions to this rule. Some preliminary studies have linked heavy screen use to depression among adults. And sociologist Brad Wilcox has linked screen use to the "sex recession," arguing that it diverts young people from in-person interaction and offers cheaper, lower-quality entertainment instead (although Wilcox's work is at this point is largely speculative).

The Deseret poll offers some tentative insight into another question: how does smartphone use affect advertisers' power over us? It asked respondents if they were "okay with targeted advertising because it means I see advertisements and get information about things I'm really interested in." In a 10 percent increase from 2012, 38 percent said yes. 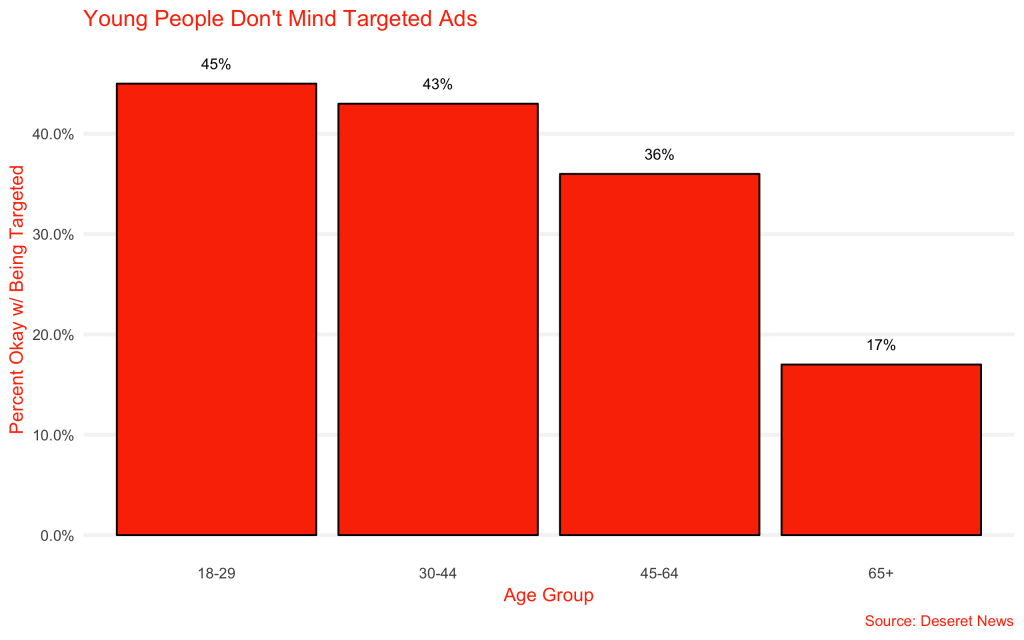 Smartphone ownership rates, then, are at least linked to comfort with targeted digital advertising, and implicitly all of the hoovering up of personal information that can go with it. Still, 62 percent of respondents remain uncomfortable with being targeted by advertisers, indicating that most Americans do not like the cost to their privacy—that is, at least, for now.