Your Next Concealed Carry Belt

The Nexbelt really should be your next belt—especially if you commonly use a belt to not only hold a gun on your hip but also keep your pants up.

I should start by saying that while I've been concealed-carrying a gun for several years now I've never invested much money into belts. I've never seen much of a need for the expensive heavy-duty carry belts. In my experience a nice thick $16 leather belt from Walmart works just fine.

It isn't as hard to hold up a Smith and Wesson M&P Shield as many people seem to imagine. Or even a Sig Sauer Nightmare commander-size 1911 for that matter. I've never quite understood why people will dole out upwards of $80 for a specialized heavy-duty belt. What exactly are you all carrying on your hip?

So why do I think you should pick up the relatively pricey Nexbelt? They run between $50 and $60 a pop, like a lot of other carry belts. They're made of high-quality, beefy leather or nylon like many of their competitors.

The main difference lies in the revolutionary and proprietary ratcheting clasp system. The Nexbelt has no holes in it. Instead, the end of the belt has a strip of plastic teeth embedded into it and the buckle is specially designed to catch on those teeth. The magic of all this is how adjustable it makes the belt.

Unlike the outdated belt you're likely wearing right now, the Nexbelt can be adjusted in ¼ inch increments. That allows you to get an incredibly precise fit—a feature any concealed carrier can appreciate. It completely eliminates the all-too-common problem of one belt hole being just a bit too tight and the next being just a bit too loose. 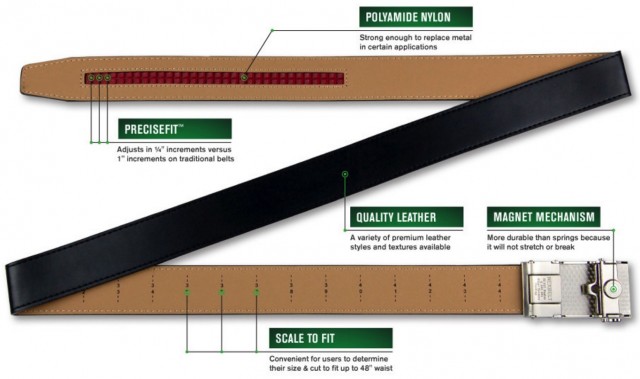 Now, sure, you could get a pretty precise fit with a nylon gun belt that has one of those double buckle football belt type clasps—and the nylon Nexbelt provides a similar fit—but generally those are only useful for range trips or training sessions. There's simply no leather belt on the market that can provide a better fit than the Nexbelt. And, let's face it, those nylon gun belts just don't fit with suit pants, khakis, or jeans.

If you carry on a regular basis you're going to need a leather belt that can handle the added weight and fit comfortably. The leather Nexbelt is easily the best option there.

The durability of the Nexbelt seems pretty remarkable too. The biggest downside of those $12 Walmart belts is the fact that they wear out relatively quickly. They lose their shape as time goes on and that tends to make the fit even less precise. The Nexbelt doesn't have the same problem. It keeps its shape and it'll probably outlast 4 or 5 of those cheap belts.

Plus the belt band and the buckle are interchangeable so you can easily switch up the look of your belts. It also means you can get more use out of a single belt band as long as you have multiple buckles. That way you get more bang for your buck(le).

Beyond the practical advantages, there's also the fact that the ratchet system produces perhaps the most satisfying sound to ever emanate from an article of men's clothing. It's not quite as satisfying as the signature "BRRRRT" sound the A-10 Warthog's cannon makes but it's probably the closest a belt will ever come. 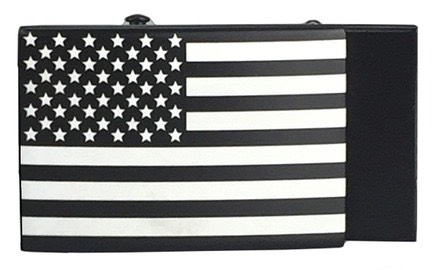 The buckles also come in a wide variety of styles. Several of them feature American flags. The one I wear most features an American flag coin hidden behind a hidden American flag door. So, yeah, they heard you like America so they put some America in your America so you can America while you America. Not bad. 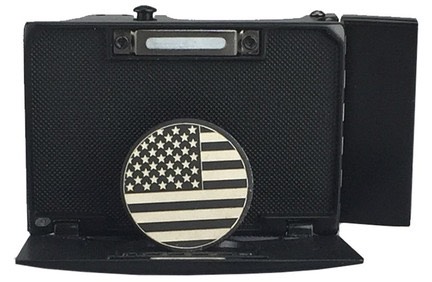 The bottom line is you can now consider me a Nexbelt convert. I have two now and I'll be ordering more. Goodbye Walmart belts. Hello perfect fit.