Team owner Robert Kraft gave Trump the ring as a special thank you for the visit, USA Today reported Tuesday.

Patriots spokesman Stacey James said Kraft believed the team received the best treatment of any Patriots White House visit to date.  The team's April visit was its fifth since 2002, and the first under President Trump.

Kraft, a longtime friend of Trump's, believed the visit included "the best treatment" as it allowed for the most time with the president, and included the "most impressive" tour.

The unprecedented gift was made in addition to a customized team jersey and Patriots helmet given during the April visit. The ring was customized by the same jeweler that made the original team Super Bowl rings.

The NFL covers the cost of  the first 150 rings for Super Bowl franchises, and teams can order additional rings if they foot the bill. Typical rings cost between $5,000-$7,000, but the Patriots are known for incurring additional costs and designing more expensive rings. The ring designer said this year's ring is the "biggest" to date; however, the exact cost of the ring is unknown. The Patriots' 2015 rings were valued at $36,500 each, or approximately $5.5 million in total, according to ESPN.

There is a value limit set on personal gifts U.S. presidents can receive due to the frequency in which they receive gifts from foreign leaders. That value was set at $375 as of  January 2014. As a result, the ring will likely be placed in Trump's Presidential Library, part of the National Archives, after his presidency.

James acknowledged this fact, saying the thought was always for the Super Bowl ring to be a part of Trump's Presidential Library. 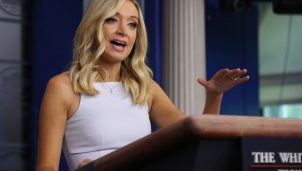