It starts with that missing a, silently reinserted by a thousand copy editors ever since. The absence demands our attention. One look, and you know something has gone astray. Are we being teased? Some will insist on seeing it as a playful touch, the trace of a Funny Girl being funny, but surely something stranger is being hinted at: the effluvium of ghostly transformation, like the mark of a changeling child. Neal Gabler hints at this sort of thing early on in his new biography, when he quotes Barry Dennen—of Pilate in Jesus Christ Superstar fame and an early boyfriend—on "the exact moment ‘Barbara’ began to metamorphose into ‘Barbra,’" as she sang "Day by Day" into a home tape recorder: "I blinked. And something like a cold electric shock ran right up my spine from my heels to my head." As she herself put it to Dennen later at dinner—over Cherry Coke—after he told her she was the same to him regardless of how many times she allowed the vowel to be repeated in her first name: "I’m not."

Barbara Joan Streisand was born in Brooklyn in 1942. Her father, a teacher, died when she was a year old; her stepfather called her "the beast." At the Orthodox yeshiva she was brilliant but impatient; she talked out of turn and screamed the answers to questions. As a teenager, she preferred acting to singing and spent her days reading Chekhov and Ibsen and studying the methods of Stanislavsky. At Erasmus Hall High School, she smoked cigarettes with Neil Diamond.

Her mother, an amateur soprano who worked as a secretary, was busy and, initially, unsupportive of her daughter’s ambitions. Eventually they traveled to the Catskills. Streisand made demo tapes and auditioned for MGM. She sang on Yiddish radio. Her big break came in 1960, when she won a talent contest at a gay bar in Greenwich Village. A stint on the nightclub circuit—$125 a week at the Bon Soir, $50 more than what Carole King and Dale Goffin would pay Little Eva two years later when "The Loco-Motion" hit number one—was followed by Broadway success in I Can Get it for You Wholesale and a string of appearances on The Tonight Show. 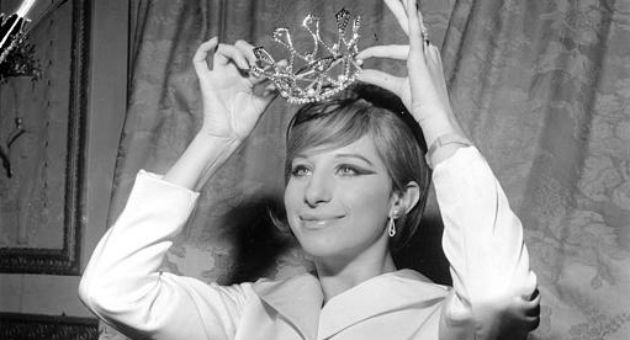 Barbra Streisand poses after being crowned Miss Ziegfeld of 1965 / AP

Her first LP, The Barbra Streisand Album, appeared in 1963. It remains in many ways her best and most representative studio work. Start with her song choices. Big-name songwriters are represented here—Cole Porter, Harold Arlen, Rodgers and Hart—but with lesser-known tunes. The range is extraordinary: the melancholy, at once bitter and wistful, of "A Taste of Honey"; the triumphant defiance of "Cry Me a River"; the camp of "Who’s Afraid of the Big Bad Wolf?" (an old show-stopper, Gabler tells us, from her early club dates). All are original yet somehow definitive. We know why Glenn Gould called her voice "one of the natural wonders of the age." It’s enough to make you put on Please Please Me and ask yourself what adult listeners were, and are, thinking.

This is not to say that her career stalled. From her next release, the unimaginatively titled Second Barbra Streisand Album, up at least to Guilty (the emotion evoked in some of us at the thought of being seen holding a copy of any record whose cover features Barry Gibb in radiant all-white with popped collar, gold choker, and abundant chest hair), Streisand made some of the best records of the second half of the twentieth century. There is a tendency to fault some of the early and mid-’60s work for a supposed retreat from the eclecticism and ingenuity of the debut, but if anything the eclecticism expanded, spreading itself over the full catalogue rather than the length of a particular album. Broadway standards and cabaret ditties give way in the span of only a decade or so to chanson (Je M’Appelle Barbra), AM pop (Stoney End and the somewhat neglected Barbra Joan Streisand, which features, among other gems, "I Mean to Shine," an early Donald Fagen and Walter Becker gem that makes you wish she had recorded an entire album of Steely Dan), and Handel (Classical Barbara). 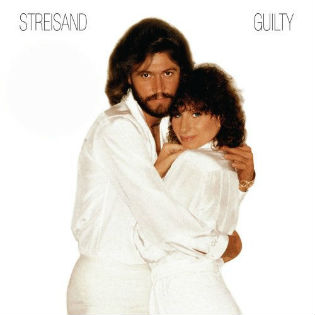 The acting dreams came true as well. As with her recording career, it is possible to argue that Streisand’s best and most representative work came first, in 1968’s Funny Girl. She would never work with a better script than Isobel Lennart’s or—no surprise—a better a director than William Wyler. But if you can get past the tedious romanticization of the HUAC era in The Way We Were, there is a great deal of sweetness in her portrayal of an earnest Jewish Marxist who falls for Robert Redford’s self-centered WASP. Gabler gives us the sense that this relationship was a carry-over from what was going on off camera: according to one on-set observer quoted here, "It was obvious that Barbra was just too, too crazy about Bob. She had a hard time controlling her emotions, and when she played scenes with him, like the fireside scene in Malibu, she was just drooling."

From ’63 on, the accolades piled up—Grammys, Emmys, Tonys, Peabodys, Oscar nominations. So did the money and causes. Streisand’s place on Nixon’s Enemies’ List was well earned. The politics here are as silly as they are elsewhere: campaigning on behalf of "Battling" Bella Abzug, McGovern fundraisers with Warren Beatty, benefit concerts for Daniel Ellsberg, shilling on behalf of the Clintons, complaints about the sexism of "powerbrokers in Hollywood" who made her one of its highest-paid stars, gibberish about "anti-female injustice" in Orthodox Judaism. Gabler is good at putting all this in context, but he has a tendency to shoot the moon: When he quotes David Kaufman’s argument that in the "unusual degree of negative comment and even outright hostility directed towards Streisand" by conservative critics "the common denominator is anti-Semitism," I was, to say the least, unpersuaded. 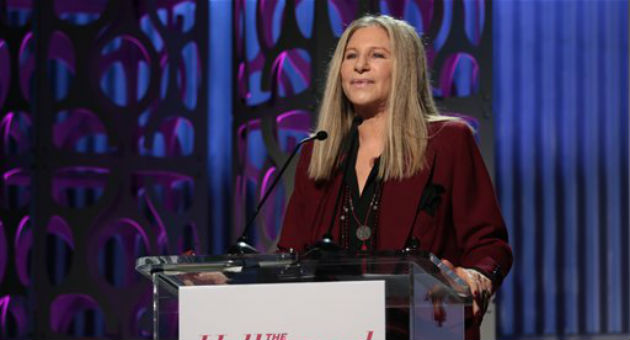 Barbra Streisand speaks at the 2015 Women in Entertainment Breakfast / AP

Gabler’s subtitle reeks of academese, but don’t be fooled. He writes with the undisguised affection of a fan. He is especially good on fashion: No biography of Streisand would be complete, or even worth reading, without lavish descriptions of, say, the "purple ostrich feather boudoir jacket over a dress of lilac and purple" she wore once in 1960. The book itself, with its violet boards and ivory jacket emblazoned with a black-and-white photo of Babs at her frostiest, is an object of beauty. The offense Gabler takes at her nastiest critics, John Simon in particular, the constant insistence on her good looks (he even quotes her high school classmates saying that everyone found her beautiful), and the lengths to which he goes in arguing that her reputation as a diva is as much a matter of performance as it is a character flaw are hopelessly endearing.

This approach is not without faults. Gabler tends to overestimate his subject’s popularity both now—how many in the under-30 crowd, I wonder, think of her at all except in connection with "Mecha-Streisand" in the first season of South Park?—and in her heyday. Is it really the case that "[m]ost music critics regard her as the greatest popular female vocalist," as opposed to Billie or Ella or Nina or even Judy? There are also occasional lapses into journalese ("composer Quincy Jones," as if people who read music biographies would be scratching their heads) and far too many references to "the other." Still, this is an enjoyable, unabashedly appreciative biography, one that, unlike most gossip-smattered showbiz lives, sends the reader skipping back to the records and (some of) the films.