I’d like to make the joke that Angels is one of those one-handed books, but that simply isn’t true. This unwieldy tome, measuring 14.4 by 11 inches and 304 pages thick, weighs nearly 10 pounds.

Still, it is a heavenly tome, and one worth owning if you can shell out $199. Or ask to review it. It’s also not the most family-friendly coffeetable book, unless your children are European and accustomed to seeing nude images.

Which brings us to our nut graph. Angels is a collection of photographic essays by the talented Russell James. His subjects, however, are even more talented. Indeed, they have mounds of talent. They are the supermodels, including Brooklyn Decker, Gisele Bundchen, Adriana Lima, and Sara Sampaio, who populate the Victoria’s Secret catalogs and various glossies. 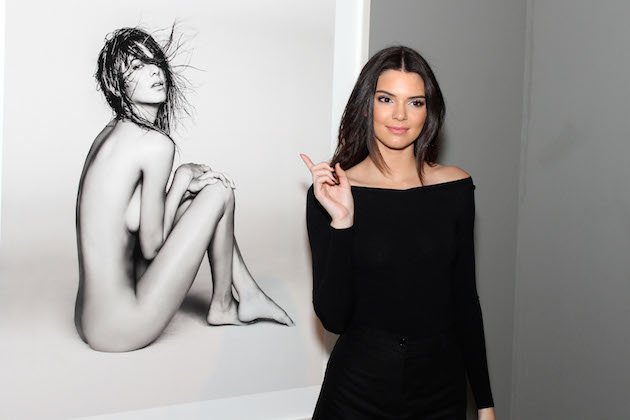 Leafing through the book, I couldn’t help but wonder: Why doesn’t somebody turn on the lights during these photo shoots? Everything is so dark and shadowy. The mostly black-and-white prints are reminiscent of the chiaroscuro style found in Gerard van Honthorst’s The Adoration of the Shepherds.

Oh, who am I kidding? What actually came to mind at times was Ozzie Osbourne’s complaint (made during a Howard Stern interview) about the soft focus used in certain Cinemax movies. "I want the meat and potatoes!" Ozzie demanded. 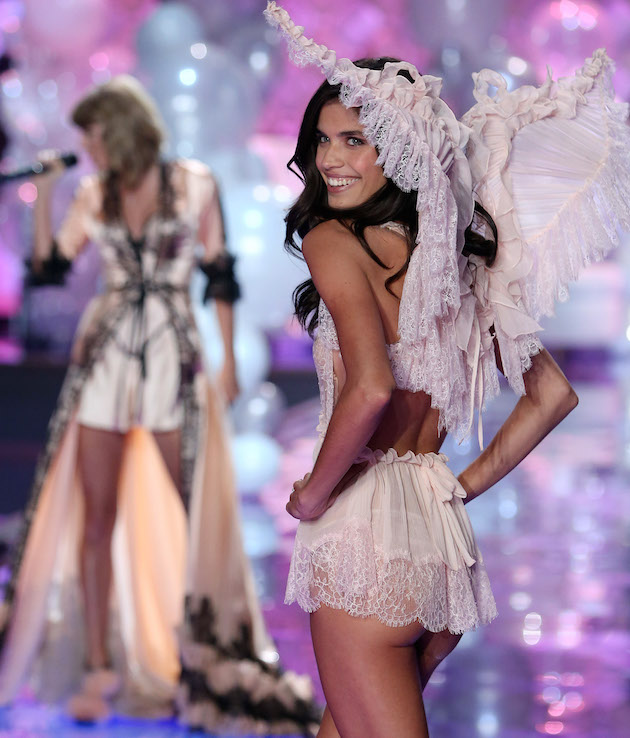 So for those of you with such inclinations, you may find the content of Angels a bit disappointing (considering the price) and more akin to Playboy than Penthouse. As a friend of mine once put it when we were teens, "Playboy’s good, but it’s not good." (This friend is now a prominent physician in New Jersey.)

But for the rest of us, as the book’s dust jacket advises, prepare to "be taken on a voyeuristic journey into a world of subtle provocation," although nothing will prepare you for the beauty of, say, Candice Swanepoel and Lily Aldridge giving each other a warm embrace. (When the writer Mollie Hemingway asked a male friend about man’s obsession with the sapphic, the friend asked her to close her eyes and picture a chocolate cake. Now picture two chocolate cakes. Now picture the two cakes kissing.) 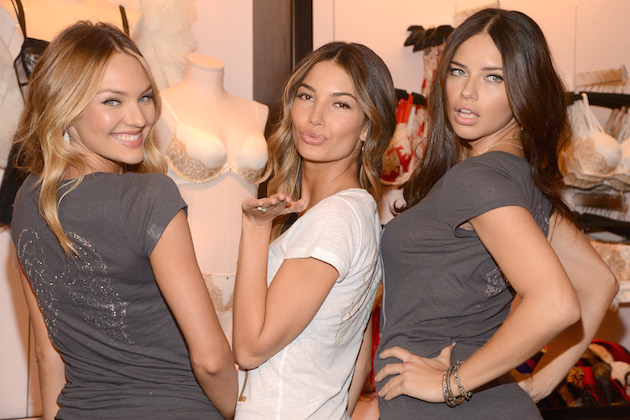 I also wondered how on earth did Russell James convince these heavenly bodies to pose the way they do? One page is simply a closeup of a nipple (there are no page numbers so you’ll have to find it yourself). In his introduction, James explains how he went about photographing whatever struck his fancy, whether it be landscapes or the clothed form. Nudity, however, was a real challenge: "Accepting the trust of a woman to be at her most vulnerable, and delivering in return a tasteful photograph that she herself can admire is extremely difficult."

And yet he makes it look all so easy. "To the amazing women who have entrusted me to photograph you these past years," writes James, "I say ‘thank you.’ It has been, and continues to be, a wonderful privilege."

No, Mr. James, the privilege is all ours.