"When you go to registration, it raises all the black helicopter crowd notion that what this is all about is identifying who has a gun so that one day the government can get up and go to the house and arrest everyone who has a gun, and they'll cite Nazi Germany and all that," Biden told NPR Wednesday.

But if that’s true, a lot of Democrats must be receiving messages via their dental fillings. The day before Biden’s interview, Reid had made it clear that the gun bill he’d put to a vote on the Senate floor would not include an assault weapons ban. The assault weapons ban would rather have to be submitted as an amendment, which is almost certain to fail. Same goes for the ban on high-capacity magazines. (Universal background checks would be included in the bill, however.)

The Senate likely will pass an assortment of quite meaningless gun restrictions that will disappoint liberals who had hoped the Obama White House and congressional Democrats would seize the post-Newtown moment.

And they did try to seize the moment. It’s just that they failed—not because of Republicans but because of internal divisions within the supposedly unstoppable Democratic Party.

Let us note that in Harry Reid’s Senate there are more votes against Chuck Hagel than there are in favor of an assault weapons ban. (Reid said the ban has at most 40 votes on the floor; 41 Republicans voted against Hagel’s nomination for secretary of defense.) And let us note, too, that in this season of fake liberal concern for the divided and adrift GOP, Democrats aren’t exactly in tip-top shape, either.

The changing demographics of the country may give Democrats the edge in presidential elections. But Congress is another matter. The Founders designed the Senate so that small states with minority views had as equal a share in decision making as the big mommas such as New York and California.

And the nation’s population distribution and racial gerrymandering schemes under the Voting Rights Act have created a situation where Democratic voters are packed into a relatively small number of districts.

The problem for Democrats is their majorities rely heavily on lawmakers who cannot toe the liberal line in all cases. Harry Reid has 55 Democrats in the Senate. But some of them—McCaskill, Nelson, Begich, Landrieu, Pryor, and others from the South and Midwest—know they would have to make an early transition into lobbying if they voted for a new assault weapons ban, or for legislation that would harm the coal industry, or, dare I say, for comprehensive immigration reform.

Republicans haven’t made Reid’s job any easier. House Speaker John Boehner’s decision to go with a "Senate-first" approach to gun legislation meant that Reid, not the speaker, would be to blame if the bill fell short. The tantrums from Piers Morgan and Michael Moore show that to have been a shrewd move.

Similarly, the Republican decision to call the president’s sequester bluff while avoiding a government shutdown put Senate Democrats on the defensive and the White House on the sidelines.

Obama’s much heralded social welfare group, Organizing for Action, hasn’t been able to sway the debate in favor of gun control or force additional tax increases. This "grassroots movement" seems to be disappearing as quickly as it did after the 2008 election—and with it, the hopes of a transformative second term.

If gun control can’t make it after the twin blows of Aurora and Newtown, how will Obama get the Senate to agree on a bill to reduce climate change through cap and trade or a carbon tax? And does the president really want to deal with the legal and political fallout if he instructs the EPA to regulate emissions unilaterally?

The Republican death wish is speeding along a potential immigration reform that would include an amnesty of illegal immigrants in the United States. But there is no guarantee the march off the cliff will proceed unhindered once the compromisers actually release the details of a bill.

A similar reform plan seemed to be doing well early on in Bush’s second term, but when actual lawmakers up for reelection had to cast votes on controversial amendments, the Jenga puzzle collapsed.

I trust Obama will spin whatever he gets out of the legislative process as important, historic victories. And no doubt the more gullible progressives will cheer him on. But the reality, as always, will be more complicated than that.

This past week in Washington, in fact, may be a harbinger of things to come: Congress plodded along on various policy and budget matters as the president took a somewhat meaningless trip overseas. Obama, like most second term presidents, will find himself devoting more attention to foreign policy as the Syrian war spreads and the Iranian nuclear program comes to a head.

As Washington returns to its parochial rhythms of budgets and favors to business, Obama will be spending more time on helicopters, black and green, than in building his "New Foundation." And he’ll have Harry Reid along for the ride. 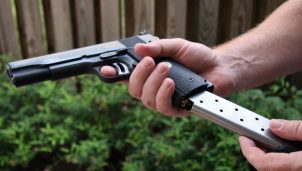