Malak Afaneh, a rising Pomona senior and the class president, also compared the war in Yemen to the Holocaust. "Once again, zionist-israel-birth-right-vacation-stuck-on-comparing-holocaust-to-racism-WW2-worshipping bitches, this should be right up ur alley. oh wait u hate brown ppl," the post read. Afaneh reposted the anti-Semitic picture, saying the post "put into words all I've been thinking." 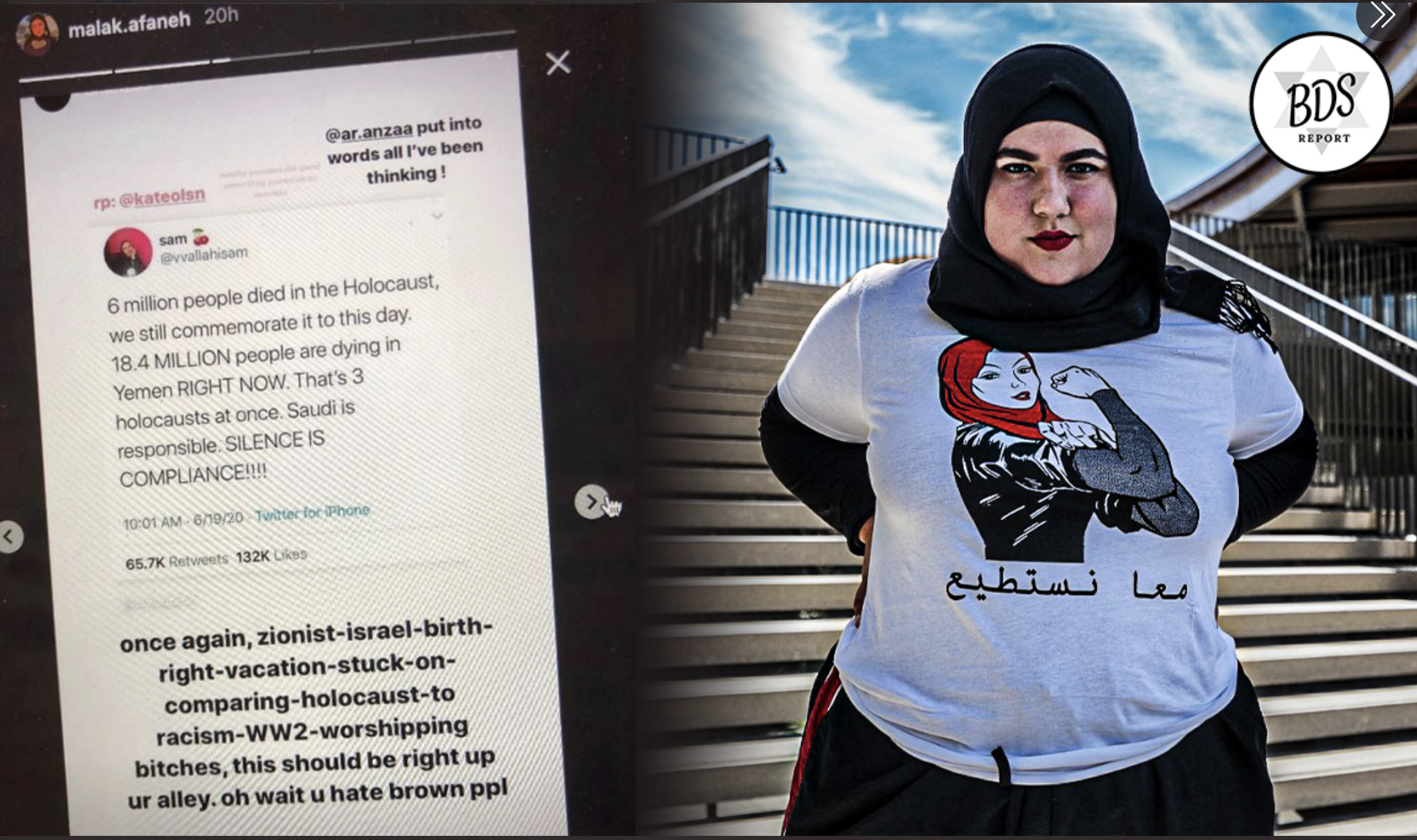 In a letter to Claremont Colleges community leaders, Afaneh apologized for the anti-Semitic comments and claims she meant to endorse another post.

"When I wrote that my friend ‘put into words what I was thinking,' I was referring to the original tweet highlighting the lack of global responses to the atrocities in Yemen," Afaneh wrote. "In hindsight, I now realize that my friend didn't write the tweet, but rather the anti-semetic [sic] comments below. In my haste to repost her story, I truly didn't mean to amplify the hurtful comments." Afaneh did not respond to request for comment.

The campus has been generous in its response to Afaneh's post. The director of Pomona College Hillel, Rabbi Danny Shapiro, told the Washington Free Beacon that he was more concerned that Afaneh could be "harassed" than he was about the post itself. He said Afaneh's apology was meaningful and satisfactory.

"No student should be shamed and threatened for a lapse in judgment," Shapiro said. "Though we were deeply hurt by the recent anti-Semitic post … we have heard a meaningful apology from this individual."

Pomona College praised Afaneh's response to criticism in the wake of the episode.

"We condemn anti-Semitism in all its forms, and we seek to foster an atmosphere of respect for all members of our community," a Pomona College spokeswoman said. "In this case, the student government representative has apologized and reached out to support cross-cultural dialogue, which we encourage."

Controversial social media posts and private messages have led to the dismissal of students and professors across the country, but Afaneh is the second student government official to escape punishment for expressing anti-Jewish beliefs. Two days before Afaneh sent her message, Florida State University's student senate narrowly voted to retain its president despite revelations that he said "f— Israel" and "stupid Jew" on social media.

The BDS Report, an anti-Semitism watchdog, told the Free Beacon that campus leaders need to take the threat of bigotry more seriously.

"This incident is just another example of anti-Semitism being masked as anti-Israel sentiment at Pomona," a BDS Report spokesperson said. "We urge the administration at Pomona College to protect Jewish students and condemn the senior class president's anti-Semitic comments."