Hillary Clinton’s listening tour of "Everyday America" has been mocked and analyzed by countless critics. But some of the craziest things said about Hillary’s campaign have come from her own aides and supporters.

When I asked one top staffer on Hillary Clinton’s campaign to pick the high point of her overwhelmingly understated 2016 campaign kickoff in Iowa, the person paused for a moment, then shot back – "The Aaron Hernandez verdict!"

The former New England Patriot’s conviction on murder charges punted Clinton’s two-day pastoral tour of the critical caucus state off of cable news, a blessing to a campaign that craved the softest of soft launches. Wednesday’s legal drama, coupled with the Monday media blitz by Florida Sen. Marco Rubio — who wanted to soak up the spotlight Clinton preferred to avoid — were welcome diversions for a team premiering not just a candidate but an updated approach to the oldest Clinton problem of all: dealing with people like me.

It’s kind of amazing that a "top staffer" would admit on the record that the high point of his candidate’s rollout was a former NFL star’s conviction on murder charges. On the other hand, it’s perfectly in keeping with Hillary’s strategy of running for president without actually running for president. This top staffer was probably the same "Democrat familiar with her thinking" who told THE POLITICO’s Mike Allen that Hillary was "better off as a non-candidate."

As bizarre as this sounds, it’s basically true, given that Hillary’s popularity seems to be inversely correlated with the amount of time she spends in the public spotlight. Also, she’s terrible off the cuff. We can all look forward to her inevitable refusal to debate her Republican opponent in the general election: "The American people don’t want to listen to us argue about politics, they want us to listen to them talk about what really matters in their lives." And then it’s off to the Scooby Van for another "listening tour."

Clinton supporters assure us that this low-key approach is all part of a gradual "ramp-up" that will conclude in a crescendo of nuclear-grade passion and artistic genius—or something like that.

It’s low-key and voter-focused — solid, but not exciting. And according to Democrats close to Clinton and her team, that was more or less the point for phase one. Excitement can wait, they said in interviews last week, so long as she proves — as her campaign aides have repeated again and again — that this time, she is taking "nothing for granted."

"There’s a rhythm. She’s starting off like Beethoven, with melodies and chords that people understand. But she’s got to end up like Beyoncé," said Donna Brazile, the Democratic strategist who worked on both of Bill Clinton’s presidential campaigns.

What does this even mean? Beethoven is the boring simpleton that everyone can relate to, and Beyoncé’s expertly packaged quadruple-bylined pop hits are the sophisticated catalog of musical elites? And that’s a good thing? Who knows? A much better analogy for Hillary’s efforts to interact with everyday Americans and prove she’s one of them would be Beethoven performing in front of a stadium full of Beyoncé fans, or perhaps Hillary herself trying to learn to choreography to "Crazy in Love." 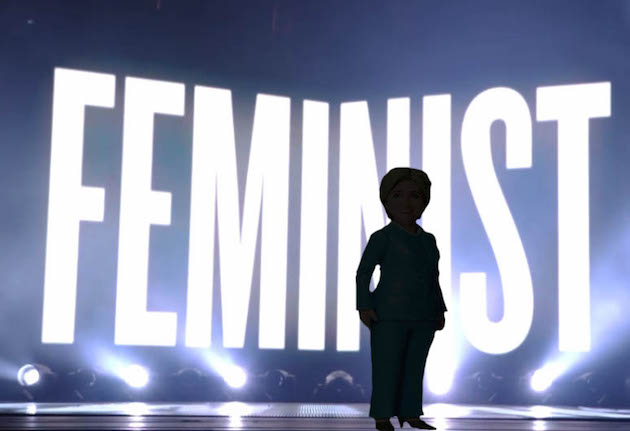